Microsoft has been aiming to entrench its popular Xbox Live service into both the iOS and Android ecosystems for several years, having introduced its first Xbox-compatible app SmartGlass in 2011, along with a few other iOS and Xbox hybrid apps.

SmartGlass, which is also available for the Xbox One, is designed to be a companion app that allows gamers to access and control their Xbox game consoles to browse content and track achievements. The SmartGlass app also allows an iOS device to be used as a remote control and a keyboard for the system. 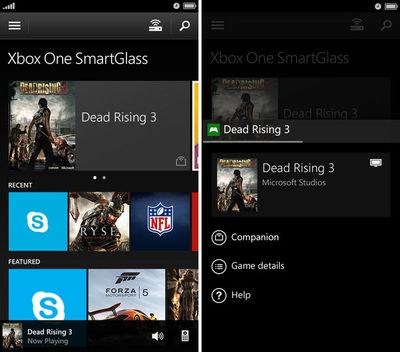 Microsoft may be aiming to expand Xbox Live on iOS even further, according to a new report from The Verge, which suggests the company wants to poise Xbox Live as an optional replacement for Game Center.

While Microsoft has experimented with achievements on iOS and Android recently, the company is planning to push Xbox Live cross-platform in a big way soon. Sources familiar with Microsoft’s plans tell The Verge that Microsoft is building a platform to extend Xbox Live functionality to iOS and Android games.

Back in December of 2012, Microsoft experimented with an iOS game that provided gamers with Xbox Live achievements for reaching in-game milestones. The company plans to expand on this concept, making it easier for iOS and Android developers to incorporate Microsoft's framework into games on their respective platforms.

Microsoft already offers tools that allow Xbox Live functionality to be integrated into games, but to access them developers are required to be certified through Microsoft, which is a significant barrier to entry.

According to job listings found by The Verge, Microsoft is currently assembling a team that will create an "open-source, lightweight, extensible and scalable" framework that spans multiple platforms including the Windows Store, Windows Phone, iOS, and Android. Such a system, with fewer restrictions, could make it easier to integrate Xbox Live into apps and games.

Apple and Google both have proprietary game progress tracking in the form of Game Center and Google Play Games, but Microsoft appears to be aiming to get Xbox Live on all platforms, leading to a unified achievement system that would work with multiple systems.


Keep your facts out of this, we need to have more blind fanboy rage and hate.
Score: 9 Votes (Like | Disagree)

ChrisCW11
And Apple is better?

I'm sure the app will only take a day for them to develop. They just don't care about quality.


Apple ain't exactly been the poster child for software quality these days. You might want to review some the the stories posted on this site over the last few months before you start calling the kettle black.
Score: 9 Votes (Like | Disagree)

brinary001
This is why I love Microsoft more than Apple (when it comes to services, calm down). Microsoft will do everything possible to get things like OneDrive, XBL, and Office onto Apple devices, but will Apple do the same with their counterparts? No. They're way too proud to even think about going down that road.
Score: 9 Votes (Like | Disagree)

MattG
"...because we know nobody uses our mobile devices."

ArtOfWarfare
Oh boy, I can't wait for Microsoft to copy someone else's free service but charge a subscription fee for it. Can you imagine? It'll be just like Game Center, but cost $20/year for no apparent reason! How exciting - the possibilities are limitless.

Just like they've done with every other internet service they've ever made. (That's why I will never buy an Xbox: although it has a counterpart for every PlayStation feature, the features are free on PlayStation but have subscription fees on Xbox.)
Score: 4 Votes (Like | Disagree)
Read All Comments