Apple is preparing an update that will improve performance of the Touch ID sensor on its iPhone 5s handset, claims AppleInsider. Apple has tapped its AuthenTec team to eliminate "fade", a term coined to describe the increasingly erratic performance of the fingerprint sensor that is experienced by some iPhone 5s owners.

After launching iPhone 5s last fall, Apple has continued to work with the original AuthenTec team to improve its recognition software and will release an update relatively soon, the source confidently reported. However, AppleInsider could not verify whether the update will ship as part of iOS 7.1, which is expected to drop in mid-March.

Issues with Touch ID surfaced shortly after the iPhone 5s was introduced, with owners reporting an increasing number of failed scans shortly after they enter their fingerprints. Deleting and rescanning a fingerprint only temporarily fixes the issue. 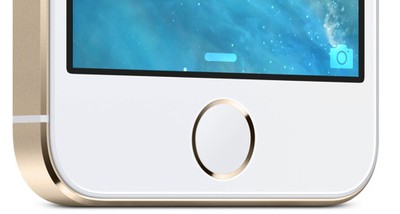 iPhone 5s owners have devised creative homemade fixes that include scanning the same fingerprint five times and overtraining the sensor for improved accuracy, but these are workarounds that don't address the underlying problem.

Apple introduced Touch ID in the iPhone 5s and promoted the technology in an ad campaign that appeared in The New Yorker, Sports Illustrated and other print newspapers and magazines. Apple obtained the fingerprint scanning technology when it acquired AuthenTec in 2012.

Touch ID is by far the worst mistake apple has made. It has caused more issue than it has solved.


What on earth are you talking about? It's so much of a benefit for me that I click home buttons on none touch id devices and wait for them to unlock.
Score: 29 Votes (Like | Disagree)

Touch ID is by far the worst mistake apple has made. It has caused more issue than it has solved.


And here I am thinking the exact opposite. I won't buy anything else from them unless it has touchid!
Score: 17 Votes (Like | Disagree)

djplaxe2109
I always attributed any issue I had with my sweaty or dirty fingers. It's been reliable for me, just not after I go for a run or eat ribs.
Score: 10 Votes (Like | Disagree)

brewno
Every month I have to redo my scans. It's like my fingerprints change, lol. Glad there will be a fix.
Score: 9 Votes (Like | Disagree)

Monday July 6, 2020 7:53 am PDT by Mitchel Broussard
Tom Hanks' WWII drama "Greyhound" is set to premiere on Apple TV+ this Friday, July 10, and ahead of that debut the actor gave an interview with The Guardian discussing the film. "Greyhound" was originally planned to see a theatrical release this summer, and was repeatedly delayed in the wake of the ongoing Covid-19 pandemic. Apple won the streaming rights to the film, and in the new...
Read Full Article • 187 comments

Monday July 6, 2020 6:55 am PDT by Eric Slivka
Amid rumors and hints of a forthcoming update for the iMac, supplies of Apple's current 27-inch iMac continue to dwindle with mid- and high-end stock configurations now seeing shipping estimates pushed back into September. The 27-inch iMac has seen tight supplies and extended shipping estimates for months now, but the situation has been gradually worsening to the point where new buyers can...
Read Full Article • 64 comments

Monday July 6, 2020 2:04 pm PDT by Juli Clover
Ahead of the launch of new iPhones we often see dummy models created based on leaked schematics and specifications, with those models designed to let case makers create cases for the new devices ahead of their release. We got our hands on a set of dummy models that represent the iPhone 12 lineup, giving us our first close look at the iPhone 4-style design and the different size options. Subscri ...
Read Full Article • 89 comments