Taco Bell is planning to roll out its mobile ordering platform nationwide later this year, according to a report from Nation's Restaurant News, an industry trade publication. Taco Bell has been developing its new mobile ordering app for two-and-a-half years, testing the platform at five stores in California.

A number of other restaurants have supported mobile ordering, including Chipotle, as well as pizza restaurants including Domino's and Pizza Hut. However, a quick-serve restaurant like Taco Bell provides a different type of service with much less customization and customers that expect prompt turnaround on orders.

The app will allow users to find their closest restaurant, display pricing specific to that location along with customized menu selections and more. Users will be able to use Taco Bell gift cards or stored credit cards, with orders flagged in the restaurant as from a mobile device. Then, the app determines the users' location to determine when they are near the restaurant and only then will it send the order to be prepared.

Workers will be challenged to maintain speed of service during peak hours, when restaurants are receiving a steady flow of mobile orders at the same time guests are lined up at the counter. However, [Jeff Jenkins, mobile lead for Taco Bell] contends that mobile ordering will help eliminate some of the drag caused by consumers with “menu board anxiety,” as well as improving accuracy. When ordering by smartphone, for example, guests can take their time deciding whether to add sour cream or remove the cheese without holding up the line. “It’s really more about convenience and customization,” he noted.

Taco Bell told NRN that it expects young Millennials, its primary customer demographic, will embrace the mobile ordering platform. NRN claims that 74 percent of consumers aged 18 to 34 said they would order takeout/delivery on a mobile device, if it were available.

According to Jenkins, Taco Bell's mobile lead, "Mobile is the biggest shift in QSR since the drive thru" and "if you can get 10 million people to download your app, you’re putting a portal to Taco Bell in 10 million pockets."

Taco Bell has an existing app, but the new mobile ordering is expected to roll out nationally later this year.


Thanks for the well thought contribution to this article.
Score: 15 Votes (Like | Disagree)

omg yes! now i don't have to drive stoned to get my favorite stoner meal!

Perfect example of a response for a don't do drugs campaign. Clearly what you though you read in the article you clearly did not comprehend.
Score: 12 Votes (Like | Disagree)

ZacNicholson
omg yes! now i don't have to drive stoned to get my favorite stoner meal! 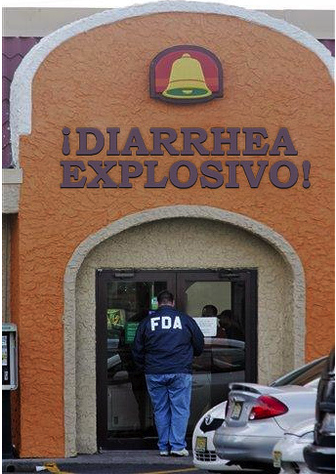