Steve Jobs had a desire to launch an OS X-compatible Sony VAIO, according to a new blog post from longtime Japanese freelance writer Nobuyuki Hayashi (via The Verge). The account comes from a 2011 interview with former Sony president Kunitake Ando, who stated Jobs and another Apple executive presented him with a VAIO running OS X during a winter golf tournament in Hawaii. 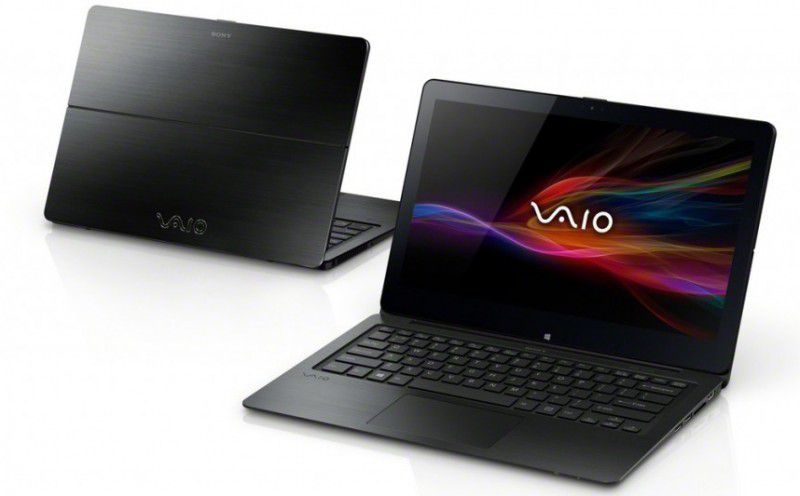 Most of Sony's executives spends their winter vacation in Hawaii and play golf after celebrating new year. In one of those new year golf competitions back in 2001, "Steve Jobs and another Apple executive were waiting for us at the end of golf course holding VAIO running Mac OS" recalls Ando.

Upon his return to Apple in 1997, Steve Jobs famously ended Apple's Mac OS licensing program for third-parties. However, Ando notes that Jobs was ready to "make an exception" for Sony's line of VAIO notebooks. Ando states that the partnership between the two companies never happened due to "bad timing" for Sony, as the company had finished optimizing both the VAIO's hardware and software specifically for Microsoft's Windows platform.

In addition to having a strong interest in the company's notebooks, Ando also claims that Jobs asked many questions about Sony's line of "SonyStyle" retail stores, which he believes led to inspiration for Apple's own retail stores. Jobs also reportedly inspired the GPS feature found in many of Sony's CyberShot cameras, as Ando recounts the former Apple CEO professing his desire for the feature upon using the product.

hrn
This is the history of Project Marklar... and how he ended up taking a flight to meet the Sony President. :)

Ok... this is the original link

Max (our 1-year-old) and I were in the office when this happened because I was picking JK up from work. Bertrand walks in, watches the PC boot up, and says to JK, "How long would it take you to get this running on a (Sony) Vaio?" JK replies, "Not long" and Bertrand says, "Two weeks? Three?"

Bertrand tells JK to go to Fry's (the famous West Coast computer chain) and buy the top of the line, most expensive Vaio they have. So off JK, Max and I go to Frys. We return to Apple less than an hour later. By 7:30 that evening, the Vaio is running the Mac OS. [My husband disputes my memory of this and says that Matt Watson bought the Vaio. Maybe Matt will chime in.]

The next morning, Steve Jobs is on a plane to Japan to meet with the President of Sony.

frikova
I'm glad it didn't happen, as probably Apple would not have been what it is today. 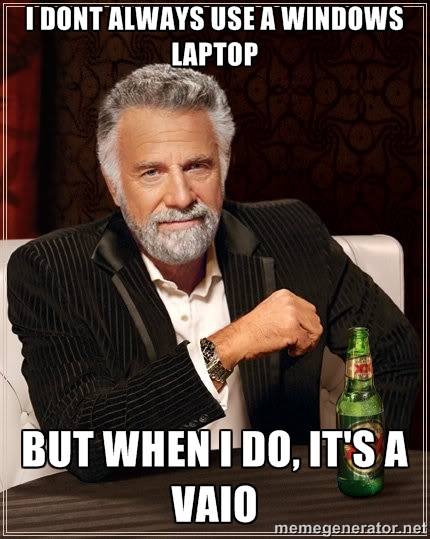 szw-mapple fan
Vaio is actually pretty good as a laptop, for a Windows machine.
Rating: 5 Votes

musika
That was unexpected. It would've been really funny if he had wanted it on a Samsung laptop.
Rating: 4 Votes

MaulRx
Little hard to believe but if had to be anyone it would have been a Sony product.
Rating: 3 Votes

Tankmaze
I would buy that, vaio hardware design is also as beautiful as a mac.
If I would switch to windows, vaio is definitely my choice.

But this was probably when steve got back to apple around 1997ish maybe.
Edit : after reading the article this event happened in 2001.
Rating: 3 Votes

Yet when people have mentioned osx on a PC, they get an earful from forum members here saying apple would never do that


At this point, they're probably right.


Back then the mainstream OS X was still running on PPC. I remember there were lots of posts from folks here giving all kinds of technical reasons why OS X could never physically run on x86 PCs.

Then came speculation that OS X could maybe run on an x86, in theory, but Apple would never let that happen because it was a huge step backwards, how superior the G5 chip was, and boy, once that PowerBook G5 came out (yeah, I went there :D ) how it would smoke the Intel Centrino competition.

Then came the rumors that, indeed, not only was OS X on intel possible, but it was already working and a full on switch was going to happen. And again, lots of naysayers.

dukebound85
Yet when people have mentioned osx on a PC, they get an earful from forum members here saying apple would never do that
Rating: 2 Votes


Guess who built the Powerbook 100 computer.

This is a pretty good analogy, I'd say. Sony, at one point, was a company that made high-end but not exclusionary, beautifully designed, easy-to-use, category-defining products that a lot of people bought and loved. They seemed to really care about what they were building and how it worked.


Their best device _ever_ (not a product) was the world's smallest record player. They took a toy model of a Volkswagen bus, installed the pickup needle at the bottom, made a speaker that looked like a satellite dish on the roof, added a motor to actually drive it and some electronics. You put an LP on the table, set the toy on it, and off it went, playing the music.

except it was 2001, Samsung was not the Samsung of today.


About that time they just received a $100 million loan from Apple, for developing LCD screens.
Rating: 1 Votes

Steve has always liked Sonys design language. He also used a Vaio Laptop when he came back to Apple because he thought Apples products were inferior then.

Also look at the macbook air introduction. He compared it to a Sony Vaio Laptop calling it the best and thinnest in the pc (Windows) market.


... and, aside from Jobs' enthusiasm for Sony, Apple had already worked with Sony on the design of the Powerbook 100. Considering that the powerbook range probably kept Apple afloat through the 90s, and that subsequently pretty much every other laptop adopted the Powerbook design (set-back keyboard, pointing device in the middle of a broad wrist-rest), that turned out pretty well.

So if Apple were thinking of making an Intel laptop then its really not so weird that they'd at least think of working with Sony - and this was all pre-iPod, so Apple and Sony weren't arch-rivals in the music biz at that stage.

Perhaps Jobs, in his usual shy, modest and unambitious way, was thinking that Sony might "acquire" Apple (in the same way that Apple "acquired" NeXT and Disney "acquired" Pixar)?
Rating: 1 Votes
[ Read All Comments ]