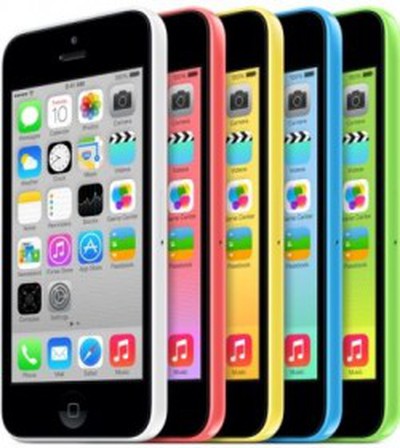 While Apple did not break down sales between individual iPhone models, the company did indicate that the iPhone 5c ended up representing a smaller mix of iPhone sales than anticipated.

According to Apple CEO Tim Cook, the company's iPhone sales growth in North America was not as high as that seen in other countries partially because Apple underestimated demand for the iPhone 5s, with the iPhone mix being "different than we thought." He also mentioned changes to domestic carrier upgrade plans as a partial reason for weaker-than-expected iPhone sales in the U.S.

The company expected a more balanced demand between the flagship iPhone 5s and the mid-tier plastic iPhone 5c, but actually saw a stronger preference than projected for the 5s, possibly due to a high interest in Touch ID.

It took us some time in order to build the mix that customers were demanding. As a result, we lost some units for part of the quarter in North America.

Cook said that it took Apple the better part of the quarter to get the iPhone into supply/demand balance as a result of the unexpected demand for the iPhone 5s, which was in short supply for several months following its release.

While Apple has not revealed how many iPhone 5c devices it has sold, multiple reports suggested that the phone was seeing poor sales compared to the iPhone 5s, with the 5s outselling the 5c by a two-to-one margin. Shortly after the phones were introduced, Apple cut iPhone 5c production while ramping up iPhone 5s production to meet customer demand.

Apple today reported record sales of 51 million iPhones in the quarter, up from 47.8 million in the same time period last year.

TC03
I'm surprised this caught Apple off-guard. The iPhone 5c was just a plastic 5 and priced accordingly. Nothing new about the proposition, yet still the forecast was way off apparently.

macduke
Big surprise. People want the best—especially Apple customers. If you're primarily concerned with price, you get an Android free on contract.
Score: 19 Votes (Like | Disagree)

Next year upgrade it to the 5S's battery and give it the A7 and M7 chip and then make it free on contract. That's the market it should be trying to penetrate while they should make the iPhone 6 a 4.5 inch screen beast to appeal to the high end market.

There are no free phones. Apple will never make an iPhone that is less than $500 off-contract, the true price of the phone. The fact that people still think there are free phones just goes to show how easily people are manipulated. People (especially in the US) spend nearly $2000 for a 2-year contract, and then think that getting a "free" phone instead of a "$200" phone is a steal. :confused:
Score: 12 Votes (Like | Disagree)

dmelgar
Avoided the 5C because of touch id on the 5S? Get real. People avoided the 5c because it looks like a cheaper plastic version of the iPhone 5 in amazingly bad colors. Hard to find folks who like the colors. I've asked random sampling from teenage girls to boys, to various age adults and its certainly not love at first sight.

If they had kept the 5 at the lower price, maybe. Or the 5C at a lower price.

I guess people aren't that gullible after all.
Score: 10 Votes (Like | Disagree)

ZipZilla
The 5C did not sell well because the colors of the devices are AWFUL.

Get the colors right, Tim and more people will buy it. Let me make this easy for you:

You know, non-Barbie/girly colors. I can't believe how wrong all the analysis is of the 5c.
Score: 8 Votes (Like | Disagree)
Read All Comments

Tuesday May 11, 2021 5:06 am PDT by Hartley Charlton
Apple's next MacBook Air will feature a completely new design and come in a range of colors like the 24-inch iMac, according to leaker Jon Prosser, who has now released supposedly accurate renders of the new machines based on leaked images. In a new video uploaded to YouTube channel Front Page Tech, Prosser elaborated on his previous prediction that Apple's next-generation MacBook Air models ...
Read Full Article • 75 comments

Tuesday May 11, 2021 11:56 am PDT by Joe Rossignol
Last month, Apple introduced a new iPad Pro with the same M1 chip found in the latest Macs, and early benchmark results indicate that the M1 iPad Pro is over 50% faster than the previous-generation iPad Pro. Based on five legitimate Geekbench 5 results (here's the fifth) for the fifth-generation 12.9-inch iPad Pro with the M1 chip, the device has average single-core and multi-core scores of...
Read Full Article • 259 comments