Apple CEO Tim Cook and Samsung Electronics CEO Oh-Hyun Kwon have agreed to attend a mediation session on or before February 19, in advance of a March court battle over smartphone patents, reports Reuters.

Apple CEO Tim Cook and Samsung CEO Oh-Hyun Kwon will attend the session with in-house lawyers only, according to a Wednesday court filing. Their legal teams had met on January 6 to "discuss settlement opportunities," the filing read.

In late December, The Korea Times reported the two companies had resumed settlement talks in their ongoing negotiations over their patent-infringement dispute and that Samsung Mobile CEO Shin Jong-Kyun could be heading to the United States to meet with Cook.

Cook had met with former Samsung CEO Choi Gee-Sung in 2012 to discuss the subject, but talks fell through because Samsung would not accept Apple's patent royalties demand. The two companies also met last year in Seoul, Korea but discussions failed to progress.

This is yet another turn in the long, ongoing patent battle between Samsung and Apple, which began in 2011 and continued into 2012 when Apple was awarded $1 billion in damages in a U.S. trial. A judge voided nearly half of that award in March 2013, and then ruled in November 2013 that Samsung was to pay Apple $290 million for willfully violating multiple patents. Another infringement lawsuit between the two companies will be held on March 31, with another trial centering around Apple's call for a U.S. ban on Samsung products. This is all in addition to other patent trials between the two companies taking place all over the world.

N64
Part of the reason I sold my AAPL kinda recently: Samsung gets to rip Apple off without any significant punishment. Even if they got hit with the $1G bill, it wouldn't really matter. Not even necessarily patent infringement but careful copying, things that they'll get away with or won't take much of a penalty for in court. Meanwhile Apple gets its public image hurt when they sue.

"You can't patent the rectangle." Sorry for probably being the 1000th visitor to use this: 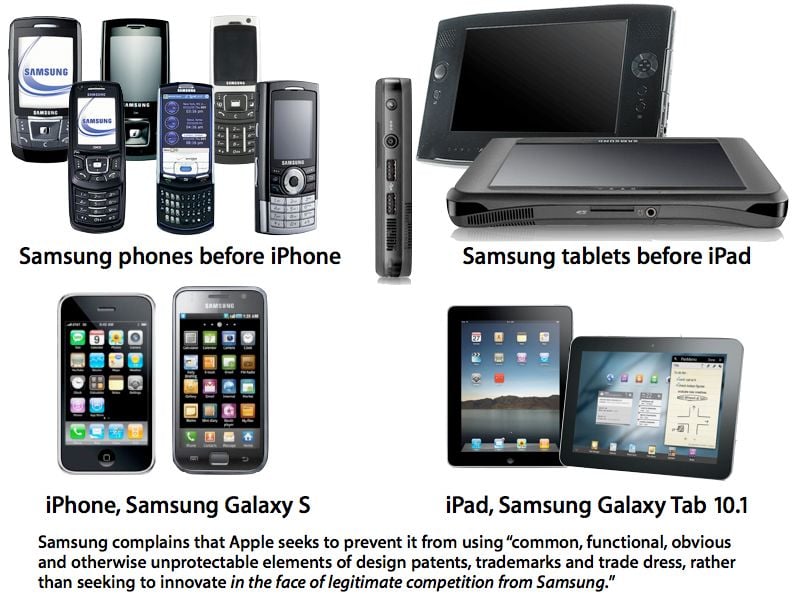 No way to prevent them from doing this. Some of it is just following a trend that Apple set, something that Apple has done to other companies. But I don't care about who's right and who's wrong, just who makes the money.

Someone on MR posted this earlier. I was shocked: 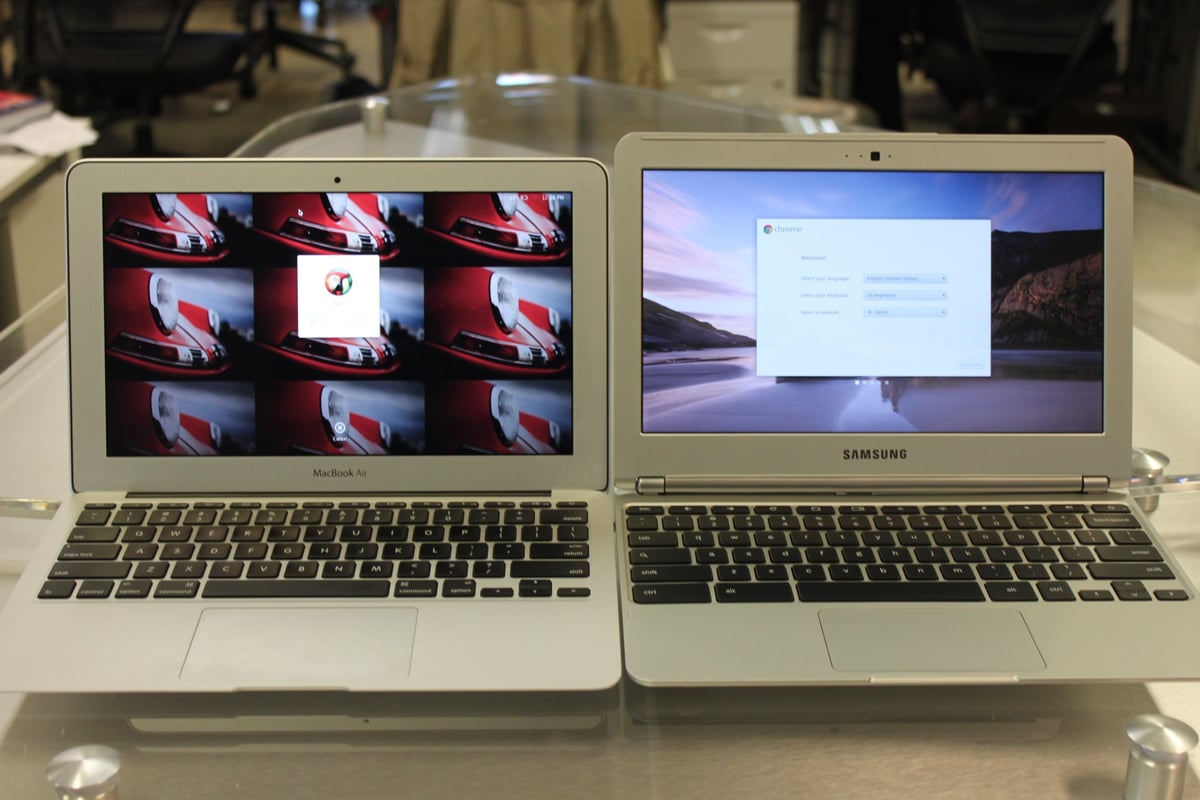 springsup
If I were Tim, I would still pursue an injunction so that there are some more immediate, enforceable consequences should Samsung violate the anti-cloning agreement. Those injunctions are about specific patents and features, so it ties in to the anti-cloning clause.

It wouldn't surprise me if a dispute broke out about that clause sooner or later. In that case Samsung would have successfully reset the legal proceedings and bought themselves substantially more time.

An injunction (over, say, the rubber-banding effect) would be a clear statement to Samsung: we own all of this Intellectual Property, we have demonstrated your infringement and have the power to stop your current implementation of it. However, we will not enforce that injunction as long as you agree to this contract not to clone our products (however that's defined - the contract is confidential so I don't know), and pay royalties for what you do use.

All of that is necessary because of Samsung's poor conduct. Their copying has been far more reckless and widespread than any other Android OEM (such as HTC), and they have constantly stalled and delayed the legal process, bringing things like SEPs in to the mix (which did not exactly please the EU competition authorities).
Score: 4 Votes (Like | Disagree)


Should Braun start suing Apple, due to very similar designs?


While some of the comparisons definitely show influences in basic shapes and materials - and more, in the case of the calculator - I'll always ask myself how drunk someone has to be to compare the Braun speaker to the iMac. It's pretty bizarre...

genzeleam
Apple will just keep slamming Samsung because they're 100% in the right and they know it. Samsung had better figure it out and come up with something original. That's easier said than done, though, considering Samsung's never come with anything original in the mobile market.
Score: 3 Votes (Like | Disagree)

The patent troll case better be over.

I don't think that phrase means what you think it means.
Score: 3 Votes (Like | Disagree)

xVeinx
I think it's in both companies best interests to see this settled. Nothing is gained by either in this process. Besides, the new Samsung interface more closely resembles Windows Phone, so Apple has less to worry about now...
Score: 3 Votes (Like | Disagree)
Read All Comments