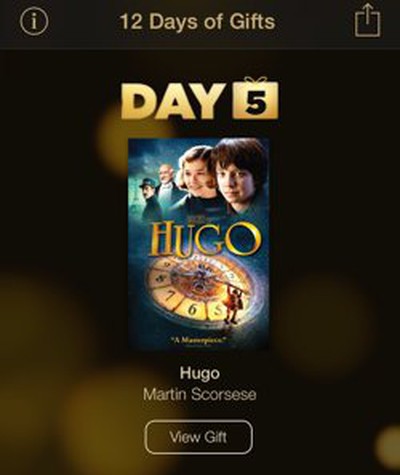 The movie is the most valuable gift that Apple has offered through the 12 Days of Gifts app, which will continue giving one gift per day through January 6th.

Users can get the movies either through the 12 Day of Gifts app, or by downloading the movie directly from the iTunes Store on their Mac, PC or iOS device. It's likely that the movie will be free for today only so users are encouraged to download the film without delay.

Welcome to a magical world of spectacular adventure! When wily and resourceful Hugo discovers a secret left by his father, he unlocks a mystery and embarks on a quest that will transform those around him and lead to a safe and loving place he can call home. Academy Award®-winning filmmaker Martin Scorsese invites you to experience a thrilling journey that critics are calling “the stuff that dreams are made of.” *Peter Travers, ROLLING STONE


12 Days of Gifts is a universal app available for free in the App Store. [Direct Link]
[ 111 comments ]

jonnysods
I'd rather have Home Alone!!
Score: 11 Votes (Like | Disagree)

...Truth is Scorsese is the most overrated director of the last 50 years.

And so no, I am not wrong. I have studied film, written critically about film, have a film degree, and know a lot about the entire history of film. And Scorsese is OVERRATEED!

Not whining about free stuff, just bashing a director who needs to stop making movies. 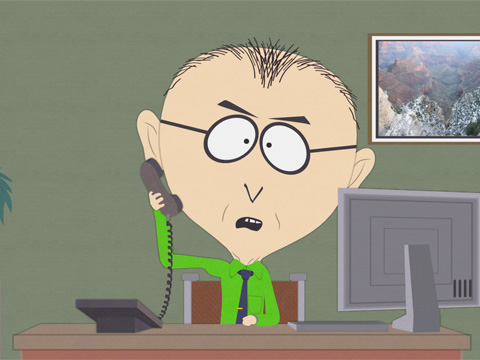 And needs to go to Jelly School! (http://www.southparkstudios.com/clips/babjj8/jelly-school)

And how can someone be right or wrong about an opinion about films? Art is subjective.
Score: 10 Votes (Like | Disagree)

a movie featuring a kid as the main character, thanks but no thanks :rolleyes:


That is why the following movies suck:

Stand by Me
The Goonies
E.T the Extra-Terrestrial
The Wizard of Oz
Pan's Labyrinth
Life of Pi
Winter's Bone
Kick Ass
Let the Right One In
Any Harry Potter film
Score: 9 Votes (Like | Disagree)

Made the mistake of actually buying this movie when it was on sale for $6.99 a couple months ago. My kids hated it. Truth is Scorsese is the most overrated director of the last 50 years.

Not very fair for Apple to give America and ultimately better film. Shame on them.

Uh, other countries have had this app for years, and North America just got it for the first time. Deal with it.
Score: 8 Votes (Like | Disagree)
Read All Comments