Tweetbot for Mac Updated With Scrolling Improvements, Replies From Notifications 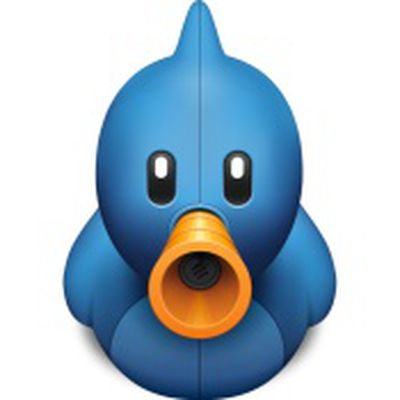 Tapbots has updated Tweetbot for Mac to version 1.4, adding both smoother scrolling and the ability to reply to tweets or DMs directly from notifications for users who are running OS X 10.9 Mavericks.

What's New in Version 1.4
- Smoother Scrolling (10.9 only)
- You can now reply to tweets/DMs from the notification itself (10.9 only)
- Lists and saved searches now refresh every 2 minutes instead of 4
- Fixed the issue where you'd see 'Please enable wifi' when fetching your location while composing a tweet
- Fixed the issue where searching your timeline, then scrolling to top then dismissing search field could move your timeline to the top
- Fixed a potential issue where app could hang when using secondary windows
- Fixed a few issues on 10.7
- Various bug fixes and improvements for 10.9

Tweetbot can be downloaded from the Mac App Store for $19.99. [Direct Link]

I would buy Tweetbot for Mac, but hesitant because I suspect Tweetbot 2 for Mac will be a paid update. I have not hesitated to fork over $2.99 for the iPhone version (and I have purchased iPad version as well), but $19.99 for a Twitter client is a different matter entirely. I would like more long term support.


I guess it depends on how much you use the application.
Score: 2 Votes (Like | Disagree)

applefanDrew
I'm not buying it now considering a redesign will probably come with another $20 price tag next year.
Score: 2 Votes (Like | Disagree)

The updated app also includes faster refreshing on lists and saved searches, as well as several different bug fixes and performance enhancements.Tweetbot (http://appshopper.com/mac/social-networking/tweetbot-for-twitter) can be downloaded from the Mac App Store for $19.99. [Direct Link (https://itunes.apple.com/us/app/tweetbot-for-twitter/id557168941?mt=12)]

You'd have to be nutz.
Score: 2 Votes (Like | Disagree)
Read All Comments