The Computer History Museum and the DigiBarn Computer Museum today released the 1978 Apple II DOS source code for non-commercial use after obtaining permission from Apple.

With thanks to Paul Laughton, in collaboration with Dr. Bruce Damer, founder and curator of the DigiBarn Computer Museum, and with the permission of Apple Inc., we are pleased to make available the 1978 source code of Apple II DOS for non-commercial use. This material is Copyright © 1978 Apple Inc., and may not be reproduced without permission from Apple.

The Apple II, which first began shipping in 1977, came as a ready-to-use computer equipped with a keyboard, compatible with any display monitor. Priced at $1,298, it also featured color, graphics, expansion slots, game paddles, and had the BASIC programming language built-in. 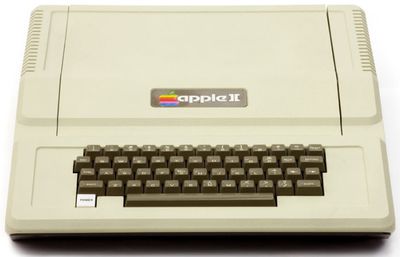 The Apple II DOS source code was developed by Paul Laughton, a contract programmer from Shepardson Microsystems, who wrote DOS on punch cards over the span of seven weeks after Apple paid $13,000 for his services.

"DOS was written on punch cards. I would actually hand-write the code on 80-column punch card sheets. A guy at Shepardson named Mike Peters would take those sheets and punch the cards. The punch cards would then be read into a National Semiconductor IMP–16 and assembled, and a paper tape produced.

The paper tape was read into the Apple II by a plug-in card made by Wozniak, and I would proceed to debug it. As the project got further along and the code was all written, and it was debugging and updating, I would mark up a listing and give it to Mike Peters who would then change whatever was necessary and deliver me a paper tape and I'd start again."

tevion5
Love seeing historic software like this being made available to the public domain. Would be great if somebody would collect virtually all of it, any 1990 and earlier and make it downloadable for all. It won't survive on 5 1/4 inch floppies forever.

Like why would any software company like apple care who has their source code for an ancient system like the Apple ii? Sounds just like the legal team being over cautious. What are they afraid samsung will suddenly release a new command line desktop computer called the GalaxyLine ii or something?

I know EA still takes down copies of SIM CITY from the early 80's on macintosh garden. Why?? You can't even get that legally if you tried.
Score: 11 Votes (Like | Disagree)

osx11
Maybe this will help Microsoft with Windows. :D

A $500 user-friendly smartphone in my pocket beats hard-to-operate computers the size of several fridges costing millions from back then. That's 'conceptual difference' for you.

The rate of progress in the computer area is simply amazing — from no matter what angle you look at it: Punchcards to SSDs. Hz to GHz. Bytes to TBs. Not connected to connected. Building-sized to pocket sized. Pixels to megapixels. No GUI to GUI. Wired to wireless. $millions to $hundreds.

I'd argue that more than half of that progress went towards making programming easier for the programmers. Heavier software for faster hardware. I can't believe anyone feels justified taking 1GB of RAM for a consumer program.
Score: 3 Votes (Like | Disagree)

How far we've come from the punch card days. :)

The sad fact is "not very far". There is little conceptual difference between a deck of cards and a computer text file. The cards take up more space. … Now we have text editors but we still type lines of text. The real difference is the cost is lower now.

A $500 user-friendly smartphone in my pocket beats hard-to-operate computers the size of several fridges costing millions from back then. That's 'conceptual difference' for you.

The rate of progress in the computer area is simply amazing — from no matter what angle you look at it: Punchcards to SSDs. Hz to GHz. Bytes to TBs. Not connected to connected. Building-sized to pocket sized. Pixels to megapixels. No GUI to GUI. Wired to wireless. $millions to $hundreds.

Doctor Q
Oh no! What if somebody finds a security weakness and exploits it! :eek:

I know EA still takes down copies of SIM CITY from the early 80's on macintosh garden. Why?? You can't even get that legally if you tried.

It's because Sim City is trademarked, and if you don't actively try to protect a trademark against infringement it can become public domain (http://en.wikipedia.org/wiki/Trademark#Maintaining_rights).
Score: 2 Votes (Like | Disagree)
Read All Comments

Saturday May 21, 2022 9:00 am PDT by Hartley Charlton
With around four months to go before Apple is expected to unveil the iPhone 14 lineup, the overwhelming majority of rumors related to the new devices so far have focused on the iPhone 14 Pro, rather than the standard iPhone 14 – leading to questions about how different the iPhone 14 will actually be from its predecessor, the iPhone 13. The iPhone 14 Pro and iPhone 14 Pro Max are expected...
Read Full Article • 245 comments