Back in 2011, Apple teamed up with Ericsson, Microsoft, BlackBerry, and Sony to form a consortium to bid on a collection of 6,000 patents and patent applications from Nortel, a communications company that went bankrupt in 2009.

The team of companies, called the "Rockstar consortium" paid a total of $4.5 billion for the patents following a bidding war with Google and said at the time that the consortium would implement plans to "pursue licensing agreements with companies that are harnessing its intellectual property."

Today, Reuters is reporting that the consortium filed suit in the U.S. District Court of Eastern Texas against Google, Samsung, HTC, Huawei, and others for infringement on those patents. Google has been accused of infringing on seven of the patents. "Despite losing in its attempt to acquire the patents-in-suit at auction, Google has infringed and continues to infringe," the lawsuit reads.

Rockstar is seeking damages from Google, and claims that Google's patent infringement is willful.

You don't pay billions for patents if you don't plan to use them. The parties must not have been able to find an agreeable settlement.

Ironically, GOOG was offered the chance to be part of the "Rockstar Consortium", but declined to do so because it would have prevented them from offensively using the patents against AAPL, MSFT, and BB[R]Y. They literally have no one to blame but themselves here.

Edit: Technically they were invited to join MSFT and AAPL in the Novell patent consortium. We don't know for sure whether or not they were invited to join the Nortel patent consortium (though it seems very unlikely they would join given they had just turned down the Novell invitation); we only know that they put in their own multi-billion dollar bid to gain the Nortel patents as an offensive weapon.
Score: 13 Votes (Like | Disagree)

AgentElliot007
Thom Yorke's tweet from a couple days ago speaks to how I feel about Google on a fundamental level:

"@thomyorke I am proudly Luddite if to be so is to criticise the power and destruction of Google etc.. J Lanier again> pic.twitter.com/fTLwb0aHef" 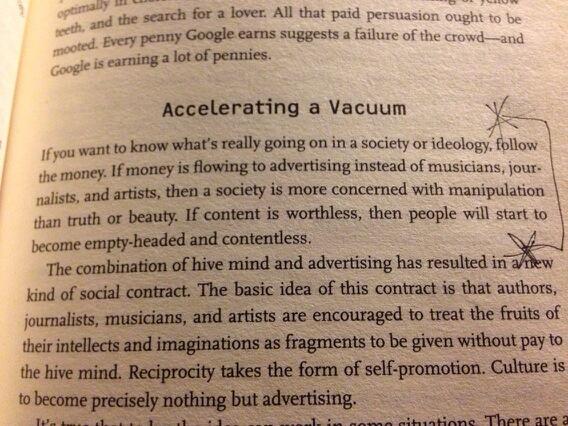 And as many have said, Google had the chance to play nice with everyone else, but they didn't. I have absolutely no problem with them learning a lesson from it. This lawsuit isn't about the patents. This is about taking a stand against a company that far too often profits off of the work of others while also aiding others to do the same. This is about calling a company out for, well, frankly, for being incessantly full of ****. It's simple as that, I have no doubts. If all they wanted to do was go after Google, they wouldn't have invited them in to begin with.

Google continues to become more and more flagrantly "evil" in their day to day business as more years pass (most notably in terms of poorly defined privacy terms, the use of user's private data, and the blatant abuse of other people's IP), and they failed to make any effort whatsoever to take the high road for the good of everyone in a situation like the Nortel patents presented.

Google deserves this, and I hope the consortium wins. Not for the sake of patent laws, but to send another message that Google's destructive strategies won't be tolerated.
Score: 11 Votes (Like | Disagree)

You don't pay billions for patents if you don't plan to use them. The parties must not have been able to find an agreeable settlement.

Ironically, GOOG was offered the chance to be part of the "Rockstar Consortium", but declined to do so because it would have prevented them from offensively using the patents against AAPL, MSFT, and BBY. They literally have no one to blame but themselves here.


Instead of placing funny bids maybe Google should have let the adults do the negotiations.
Score: 8 Votes (Like | Disagree)

Talk about way off. Try, ``...from Nortel Networks, a former Network Communications Giant ...

FWIW: Please read up on history before writing such cover.

You don't go from an energy company born from Bell Canada to a giant Networking Conglomerate that acquired Bay Area Networks to end up being characterized as ``a communications company....'' like a slow drip faucet with such a valuable IP Portfolio.


"Company" is fine. It's ambiguous and passive. Calling a company a "giant" insinuates it's too large to fail, which obviously wasn't the case. As big as it once was, it was nothing more than a blip near the end of its existence.

Much the same as Blackberry, an enormous player in telecom technologies worth 30b - 45b to a company barely treading water worth less than 5b.

Sure, maybe calling Nortel a "former telecom giant" may have been more suitable, but faulting a blogger for calling a mole hill a mole hill when you remember it as a mountain is silly.

Besides, it was just a corporation that was poorly managed, not a tragic national hero.
Score: 8 Votes (Like | Disagree)

This is Microsoft, Apple, and Blackberry looking to stop Google's freeware OS from completely taking over. Cheap hardware, a decent user experience, and the occasional popular phone can drive a lot of people out of business using a combination approach and cooperation with companies looking to make next to no margins. The only winner, apart from Samsung to some degree, is Google.


No, this is a group of people trying to stop an advertising, monopolistic giant.

Google is _NOT_ a good company; they have made all of their money on selling Metadata about personal people to other corporations & supporting ultra-corrupt firms such as Samsung.
Score: 6 Votes (Like | Disagree)

mallwitt
Patents need a use it or lose it to the public domain time limit. Produce a product and put it on the market, license it to someone who does, or lose it when you can't make a go of it. This entire thing is becoming insane, and is undermining the idea that Patents exist to protect an invention from being infringed on to incentive development and production and are increasingly being used as instruments to suppress development and extort concessions from rivals that can't be accomplished via competition within the marketplace.
Score: 6 Votes (Like | Disagree)
Read All Comments