Wednesday October 30, 2013 2:03 am PDT by Richard Padilla
After Apple's first magazine advertisement for the iPhone 5s appeared two weeks ago, another spot for the phone showcasing the company's faster 64-bit A7 processor has surfaced, reports 9to5Mac. The ad depicts the iPhone 5s from a profile view, and includes a paragraph that describes the advantages of the processor in the context of all-around performance. 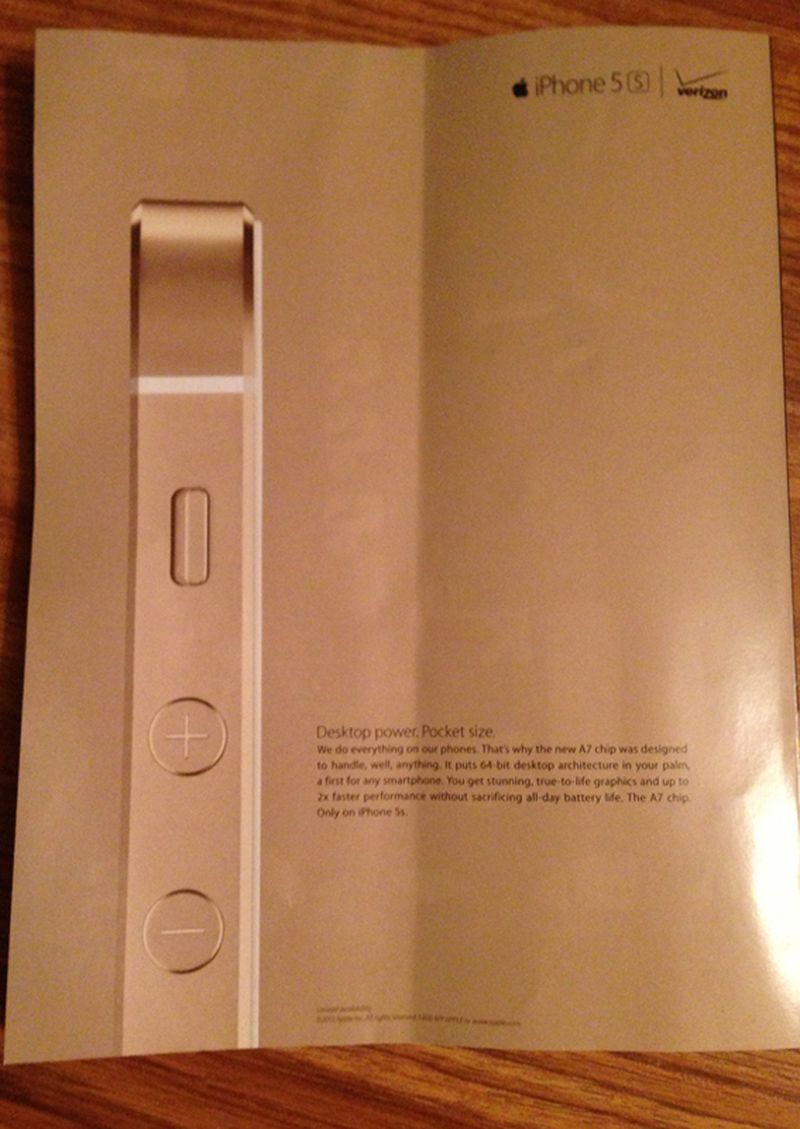 We do everything on our phones. That's why the new A7 chip was designed to handle, well, anything. It puts 64-bit desktop architecture in your palm, a first for any smartphone. You get stunning, true-to-life graphics and up to 2x faster performance without sacrificing all-day battery life.

The advertisement depicted includes Verizon Wireless branding, but Apple's iPhone ads have traditionally rotated branding between all the carriers that carry the iPhone, likely as part of a co-marketing agreement.

Apple has been running many television ads for the iPhone 5c in recent weeks, but we have seen relatively little about the 5s, likely because of tight supplies. Print ads for the device so far have mentioned 'limited avaliability' of the iPhone 5s in fine print.

The iPhone 5 was fast enough for everything you could dream up of using on a phone.


Yeah sure, please all of you: Apple, Samsung, Qualcomm; STOP DEVELOPMENT! This guy can do everything he can think of. There is no reason for a faster CPU anymore. There is no possibility that there is going to be a use for even more CPU Power :rolleyes:
Rating: 7 Votes

Fondaparinux
The iPhone 5 was fast enough for everything you could dream up of using on a phone.
Rating: 5 Votes

MattJessop
I remember when they advertised the Motorola Xoom as having a 'dual core processor', and the people in the advert being 'ooooh that's awesome', whereas the Apple adverts at the time were all about the ways the phone would help you.

Maybe I'm wrong, but I'd bet that most people don't know what a 64-bit architecture is.

Heck, maybe I'm being grumpy. Maybe 64 bit means we get this now :D 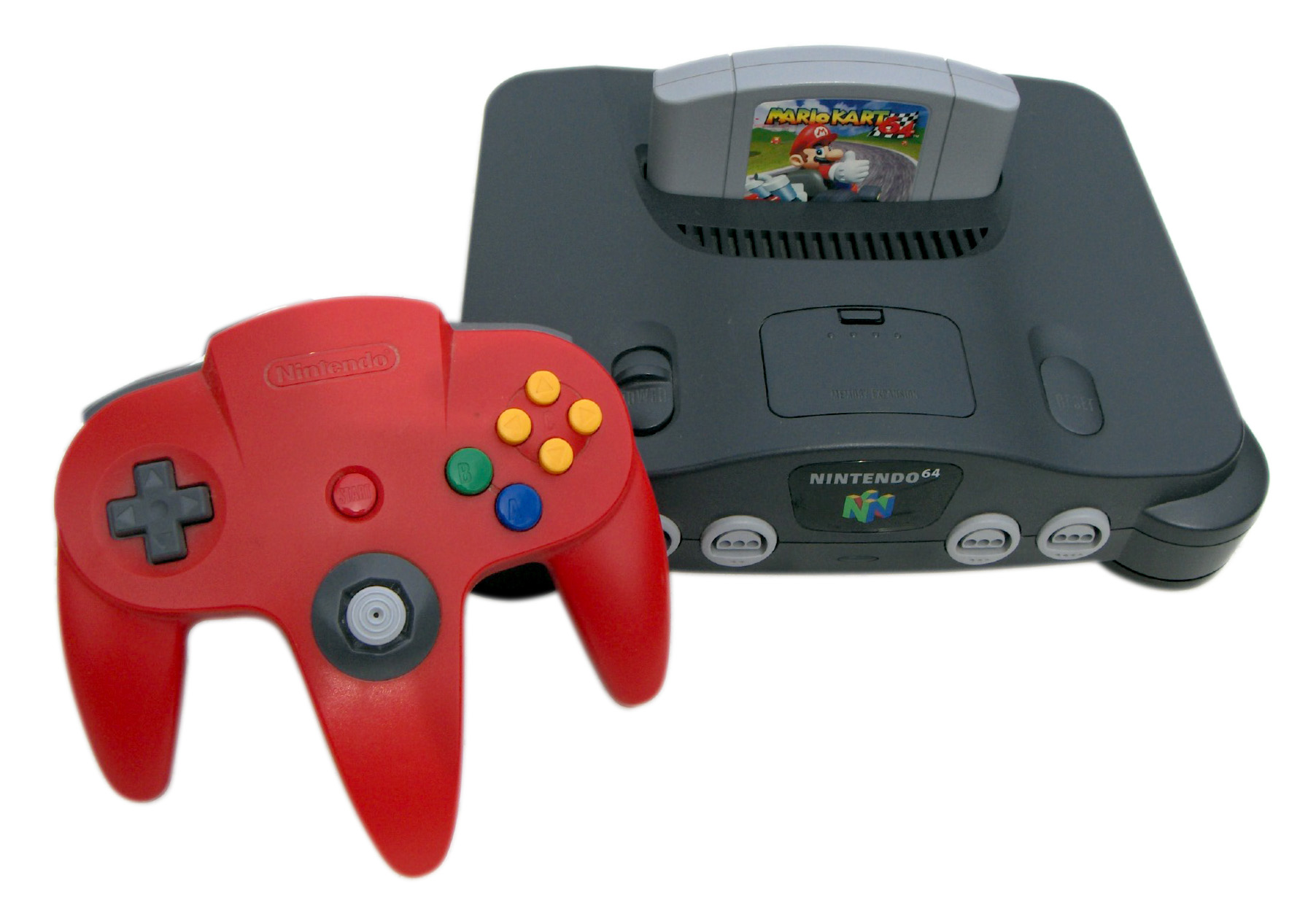 RSchot
Since when do I care?

So what can I do with an iPhone5s that I could not do before, how is it going to make my life any easier or fun? Well, it has a 64-bits processor.

I thought that Apple was about usability and not about meaningless tech specs. For all I care it could be a 1-bit design.

This ad is completely off the mark.
Rating: 3 Votes

And iPad Mini with Retina Display


it's crazy how they manage to make millions of people think they need a new phone every year...
...they're so good at it, I have to tell myself every year why I don't need one :D


They don't. Most people upgrade every 2-3 years.
Rating: 3 Votes

Lapidus
Since when is Apple about specs..
Rating: 2 Votes

It's actually a tiny bit laggy on iOS7.


I thought everything was a bit laggy on iOS 7. I'm sure I saw that listed as one of the features! :p
Rating: 2 Votes

The iPhone 5 was fast enough for everything you could dream up of using on a phone.


It's actually a tiny bit laggy on iOS7.
Rating: 2 Votes