Oculus VR is developing a mobile version of its Oculus Rift headset that will be compatible with iOS devices, according to CEO Brendan Iribe who announced the news during VentureBeat's GamesBeat 2013 conference. News of a potential mobile-compatible Oculus Rift originally surfaced earlier this year, when Iribe suggested the company was excited about the rapid development of cellphone technology.


While current prototypes are designed to work with PCs and Macs, the company plans to launch a mobile version at the same time the PC version hits the market. According to Iribe, the initial mobile version of the Oculus Rift will work solely with iOS devices as Android is not designed to work with virtual reality. The iOS-compatible Oculus Rift will be lighter than the standard version and will utilize the mobile device's processor.

"We have some exciting plans on the mobile VR side as the PC VR side," Iribe said. "We're really looking at hitting the consumer market. We're very excited about what we're seeing. Skeptical about how good mobile VR could be on such a small platform. It's pretty incredible what [John Carmack has] been able to do."

At the current point in time, the Oculus Rift remains in development. Oculus VR has sent out a number of dev kits to Mac and PC developers, but a specific release date has not yet been announced. According to a July interview with Brandon Iribe, the company is aiming for a 2014 launch.

Update: Oculus VR has contacted VentureBeat to clarify that the mobile version of Oculus Rift is being developed for Android, not iOS.

jsd
This article is incorrect

VentureBeat misquoted Iribe. The device will be Android-only. They've updated their article.

As for you skeptics: I have an Oculus Rift, and it's the best new device I've used since the original iPhone. It gets the same kind of reactions when I demo, and feels like a real change coming, unlike the Glass or some gimmicky motion controller.
Score: 5 Votes (Like | Disagree)

v0lume4
My favorite part is the update in the title. "Update: No".
Score: 4 Votes (Like | Disagree)

AKA "I am a nerd" confirmation device or "I want to look ridiculous when gaming".


Look ridiculous to whom exactly?
Half the time, I'm gaming without pants.

Android is not designed to work with virtual reality.

Get on the line to all the iOS Fanboys across the world!

Tell 'em how to bring those sons'a'bitches down! 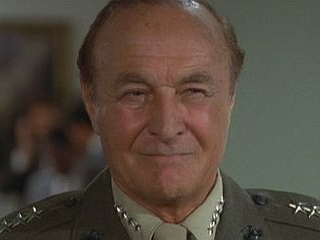 Tuesday April 13, 2021 10:45 pm PDT by Juli Clover
The upcoming 2022 iPhone lineup will feature two 6.1-inch devices and two 6.7-inch devices, with no mini-sized 5.4-inch iPhone, well-respected Apple analyst Ming-Chi Kuo said in a note to investors that was seen by MacRumors. Two of the iPhones will be high-end models and two of the iPhones will be lower-end models, similar to the current iPhone 12 lineup. Apple introduced the 5.4-inch...
Read Full Article • 175 comments