Several tidbits about Apple's upcoming "Made for iPhone" (MFi) gaming controllers leaked out over the weekend, revealing a few new details about products from both MOGA and Logitech. According to a tweet from @evleaks, Logitech's upcoming controller, which was revealed in photos in October, will be called the Powershell, while MOGA's controller is the MOGA Ace Power.

MOGA's upcoming Ace Power controller was accidentally unveiled in a YouTube video over the weekend (via TouchArcade), after images of the controller first leaked last week. While the original images depicted a traditional d-pad along with dual thumbsticks, the video confirms the controller also includes R1/R2 and L1/L2 buttons located at the top.


The trailer also provides a clear picture of the controller's sizing, both with an iPhone inside and while closed. The controller will support the iPhone 5, the 5c, the 5s, and the fifth-generation iPod touch, and while pricing details hqve not been confirmed, initial pricing leaks have pointed to a $99 price tag.

While there is no prospective release date available for the MFi controllers, the increasingly frequent product leaks suggest that they could come before the end of the year, possibly in mid-November.

itsBooth
I hate when they fail this hard. "Transform Your iOS7 Gaming"....but your holding an iPhone with iOS 6
Score: 16 Votes (Like | Disagree) 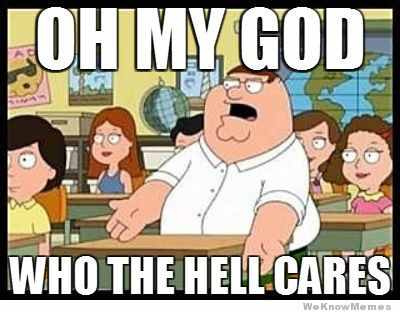 it's the idiotic use of the word "fail" that is just annoyingly childish and insulting to any discussion.

macduke
I just want an Xbox 360 controller clone that I can use with the new iPad I'm getting in November. Then I want some serious console ports as the new iPad is supposed to be on par with the graphics output of the Xbox 360 and PS3. Then on lunch breaks I can close my office door, flip my iPad smart cover around to make it stand, grab the controller out of my bag and play some GTA V or Destiny without an elaborate setup. That's the dreambut only if people are willing to pay more for AAA titles on iOS. I think if they do quality ports of upcoming games with controller support, there are a growing number of hardcore gamers with tablets that would drop $30-40 on such games. The ROI will grow over time.

How much of a cut does Microsoft or Sony get per game sold vs. Apple's 70/30 split?
Score: 4 Votes (Like | Disagree)
Read All Comments

Thursday January 21, 2021 3:27 am PST by Tim Hardwick
Apple's first virtual reality headset will be a "pricey, niche precursor" to a more ambitious augmented reality product, according to a new report from Bloomberg's Mark Gurman. As a mostly virtual reality device, it will display an all-encompassing 3-D digital environment for gaming, watching video and communicating. AR functionality, the ability to overlay images and information over a view...
Read Full Article • 68 comments

Friday January 22, 2021 3:34 am PST by Tim Hardwick
Apple is working on a "thinner and lighter" version of the MacBook Air that the company plans to release during the second half of this year at the earliest or in 2022, according to a new report by well-connected Bloomberg journalist Mark Gurman. It will include Apple's MagSafe charging technology and a next-generation version of the company's in-house Mac processors. Apple has discussed...
Read Full Article • 150 comments