Apple Aware of iOS 7 iMessage Issue, Working on a Fix 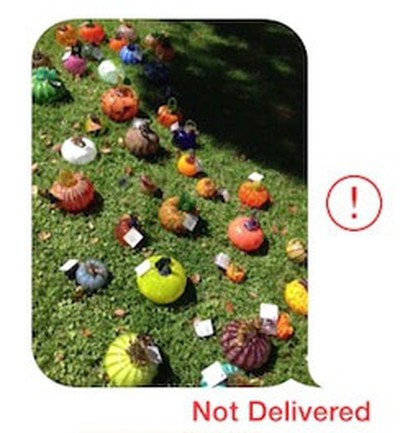 Apple is aware of a glitch in iOS 7 that is disrupting iMessage delivery and is working on a fix, reports The Wall Street Journal.

“We are aware of an issue that affects a fraction of a percent of our iMessage users, and we will have a fix available in an upcoming software update,” Apple said in a statement. “In the meantime, we encourage any users having problems to reference our troubleshooting documents or contact AppleCare to help resolve their issue. We apologize for any inconvenience this causes impacted users.”

Since the release of iOS 7 last month, users have been complaining about issues relating to the sending and receiving of iMessages on their iOS devices. While some users have also complained about multi-day outages on their devices, Apple's System Status page hasn't documented all of them, suggesting that something more than a simple service problem is at fault.

As MacRumors reported yesterday, some users have reported that turning their iOS devices on and off has fixed their problem while others have claimed the method has not worked for them. In our own testing with a device experiencing difficulties, the following steps appear to have fixed the issue (Note: this will cause your device to forget previously entered Wi-fi passwords):

Last week Apple released iOS 7.0.2, which was an update that delivered several bug fixes, including a fix for a lock screen vulnerability. Earlier today it was reported that Apple had begun seeding iOS 7.0.3 internally ahead of a potential launch next week.

reiggin
"A fraction of a percent" my ass! I've been having this issue on and off since upgrading. I've spoken with others who have encountered it. It's been reported here on macrumors several times by many, many people. They're downplaying it a bit too much to say it's a fraction of a percent... unless they mean a large fraction of a large percent.
Score: 14 Votes (Like | Disagree)

Either that is some crazy odds or it's a little more than a fraction of a percent :rolleyes:
Score: 13 Votes (Like | Disagree)

"A fraction of a percent" my ass! I've been having this issue on and off since upgrading. I've spoken with others who have encountered it. It's been reported here on macrumors several times by many, many people. They're downplaying it a bit too much to say it's a fraction of a percent... unless they mean a large fraction of a large percent.


You have to understand that if there are 100,000,000 people with iMessages and 500,000 people have the issue, thats only .5% of people experiencing it. 500,000 people is a lot of people that have the problem, but out of the total amount of users, its almost nothing.

My girlfriend, myself and a dozen others (family and friends) are not experiencing this issue. So I don't think its a matter of downplaying it, more so that only a fraction of people are experiencing it.
Score: 12 Votes (Like | Disagree)

BrockC
I love how they worded that, "A fraction of a percentage of our users". It doesn't seem like a small number to me. It happened to my mom, quite a few friends, and myself.
Score: 5 Votes (Like | Disagree)


Yep, for your and your 5 oldest friends.
Score: 5 Votes (Like | Disagree)