Apple has won the right to legally use the "iPhone" name in Brazil after a judge ruled in favor of the Cupertino company in an ongoing lawsuit with IGB Electronica, reports BNAmericas (via CNET). IGB Electronica, a Brazilian cell phone company, originally filed for the iPhone trademark in 2000 but did not use the name until December of 2012 when it released a line of IPHONE Android phones.

Following the launch of the Android IPHONEs, Brazil's Institute for Industrial Property ruled that IGB had exclusive rights to the trademark as related to mobile phones. Apple appealed the decision, and on Tuesday, Judge Eduardo de Brito Fernandes overturned the ruling, denying IGB exclusive access to the iPhone mark. 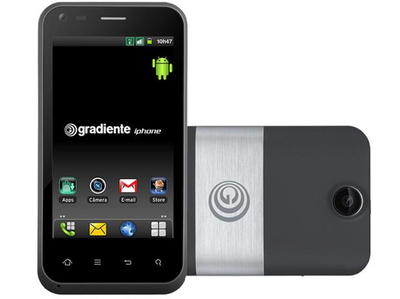 According to Fernandes, the iPhone brand gained recognition due to Apple's success, a fact that should have been considered during the original ruling.

The judge also ruled in his decision that Gradiente's name was just the combination of "internet" and "phone", referring to a mobile phone with internet access, while Apple already had an extensive "i" product line, registered in several countries.

Both Apple and IGB have been given rights to the trademark, though IGB has announced plans to appeal the decision.

TennisandMusic
A bit ironic considering when the "i" nomenclature was revealed by Apple, one of the things they said it stood for was "internet".

Good stuff. Couldn't be made up. 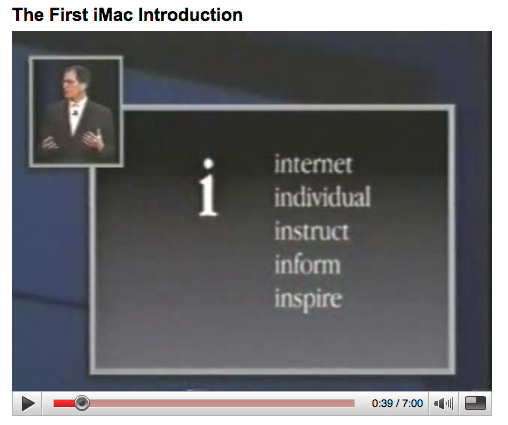 That said, even though they applied for the trademark in 2000, not using it until 2012 seems obviously stupid. Funny.
Score: 13 Votes (Like | Disagree)

street.cory
Good. This was a money grab from the start. Not saying they don't have a case, I just think it's crazy to sit on something for 12 years until a product with your name comes out.

576316
Apple is the most valuable company in the world. You're really going to go up against its flagship trademark and expect to win? Oh yeah sorry Apple, just change the name of your phones for us in Brazil will you pls? Of course not, a ban was never going to happen. Those phones look like a pile of rubbish anyway, I bet they sold exactly 4.
Score: 9 Votes (Like | Disagree)

I wonder how much Apple paid... to the judge
Score: 7 Votes (Like | Disagree)

I mean its a silly lawsuit, of course Apple was going to win.

But what this ruling is saying is that trademarks do not matter if you don't have a product to apply it against, which I agree with.

Which means that some of the countless trademarks held by Apple and Google and Microsoft for potential future products should also be fair game to be taken by someone if there is no product to slap it against.

I don't like meaningless lawsuits, but I also don't like double standards. Apple better get an iWatch out there soon before some Brazilian company slaps iWatch on an actual product and has Apple eating crow.
Score: 6 Votes (Like | Disagree)

Good... Finally some reason in this case. I don't know what Brazilian law is like, but in the USA, if you fail to use and defend a trademark, you lose it.

Well, I'm Brazilian and i DO know something about our laws.
The Company (here we call it "Gradiente", it used to be a really big electronics company) DID registered the name "iPhone" 7 years BEFORE apple launched the iPhone in the US and maybe 9 years before it was launched in Brazil , so it's pretty clear that they indeed have a case (remember that when apple launched the original iPhone they actually bought the name from a British company or something).
That been sad it's also a fact that they saw a HUGE opportunity to make some cash from apple's deep pockets and that's the only reason they launched the crappiest iPhone ever(it's crap even from Android standards)
so,
1)they registered the name many years before anyone started talking about apple releasing a phone
2)they are a electronics company.They actually used to have pretty good phones back in the day (nokia technology when nokia tech meant something)

I don't see a way where apple DOESN'T pay a lot to get exclusive rights to the name, the fact that today both companies are allowed to used it is meaningless, or any one can imagine apple sharing a name?
Score: 5 Votes (Like | Disagree)
Read All Comments