In addition to grand openings for new Apple retail stores in Virginia and British Columbia scheduled for this Saturday, the company will also be opening its new OEZ retail store in Munich, Germany. The store will be the company's second in Munich once it opens to the public at 9:30 AM Saturday. 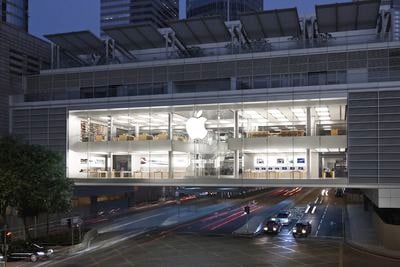 Apple's ifc mall retail store in Hong Kong
Apple is also planning an expansion to landmark ifc mall retail store in Hong Kong, according to a report from The Wall Street Journal. The current $50 million store opened almost exactly two years ago in a highly visible location bridging a roadway, but the store's size is insufficient to handle the traffic it sees as one of the busiest Apple stores in the world, and the company is now making plans to expand the the store to a third level.

The Apple store in IFC, opened in 2011, is one of Apple’s top-performing stores globally, according to Mr. Azar. Currently, it is only a third of the size of the company’s flagship store on Fifth Avenue in New York, though it is adding a new floor, going up one level.

An Apple spokeswoman declined to comment, but pointed out that Apple in the past has said that its Greater China stores have the highest traffic and the highest revenue on average of Apple stores around the world.

As pointed out by ifoAppleStore, Apple will be displacing the Agnes b. clothing store and Le Pain Grillé café currently located on the third floor, but it is unclear whether the expansion is a recent decision by Apple or if the larger footprint was always in the plans but phased in due to leases held by the other mall tenants.

It has a great view! With the harbour and the tall skyscrapers!


Very beautiful view indeed! Pictures I took from the store this January: 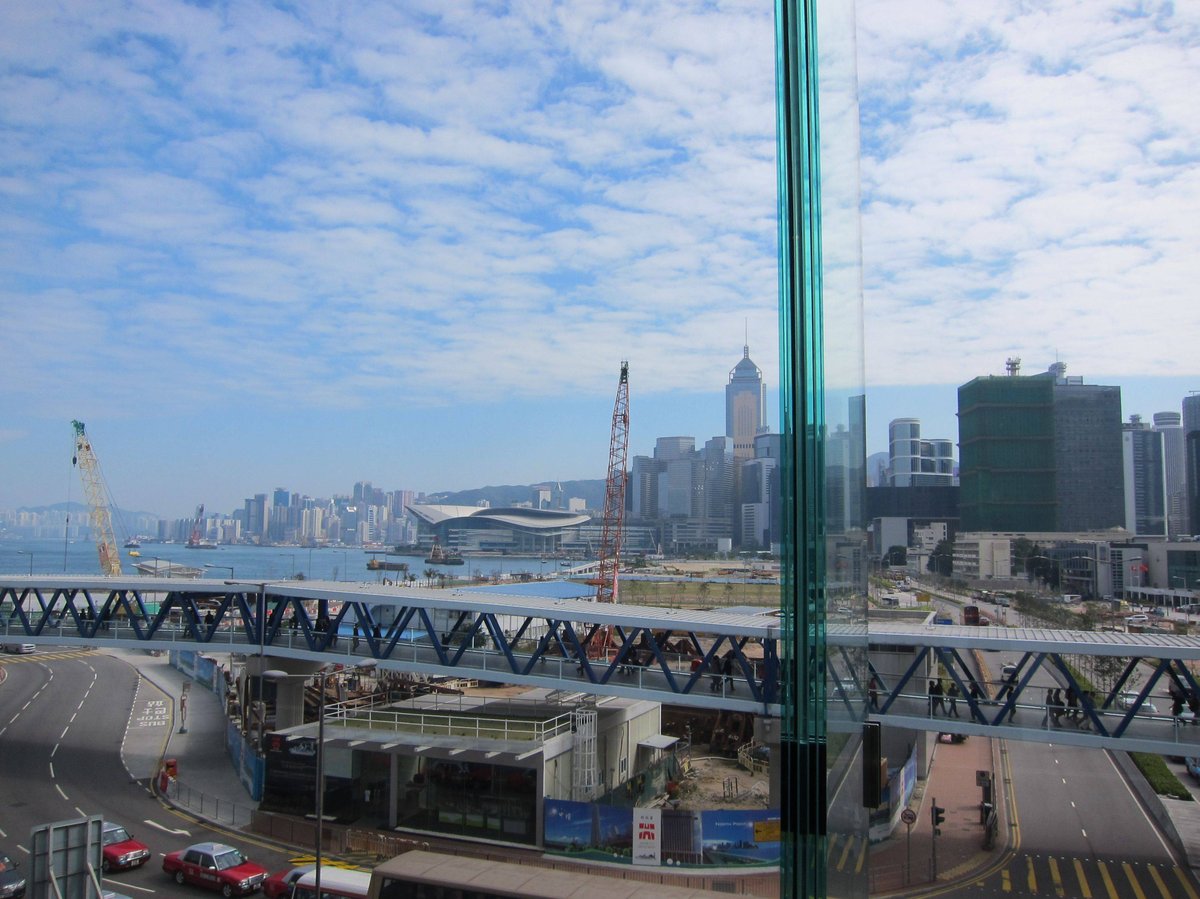 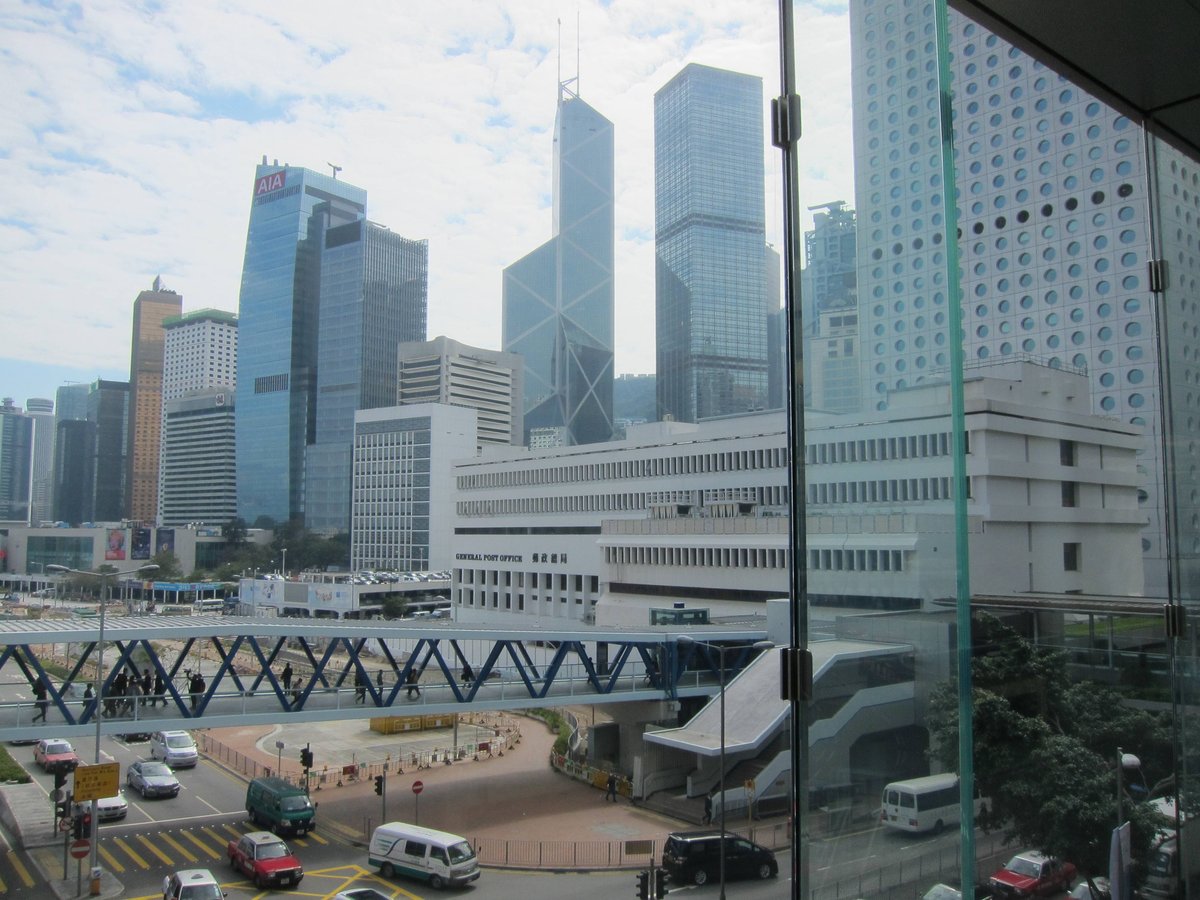 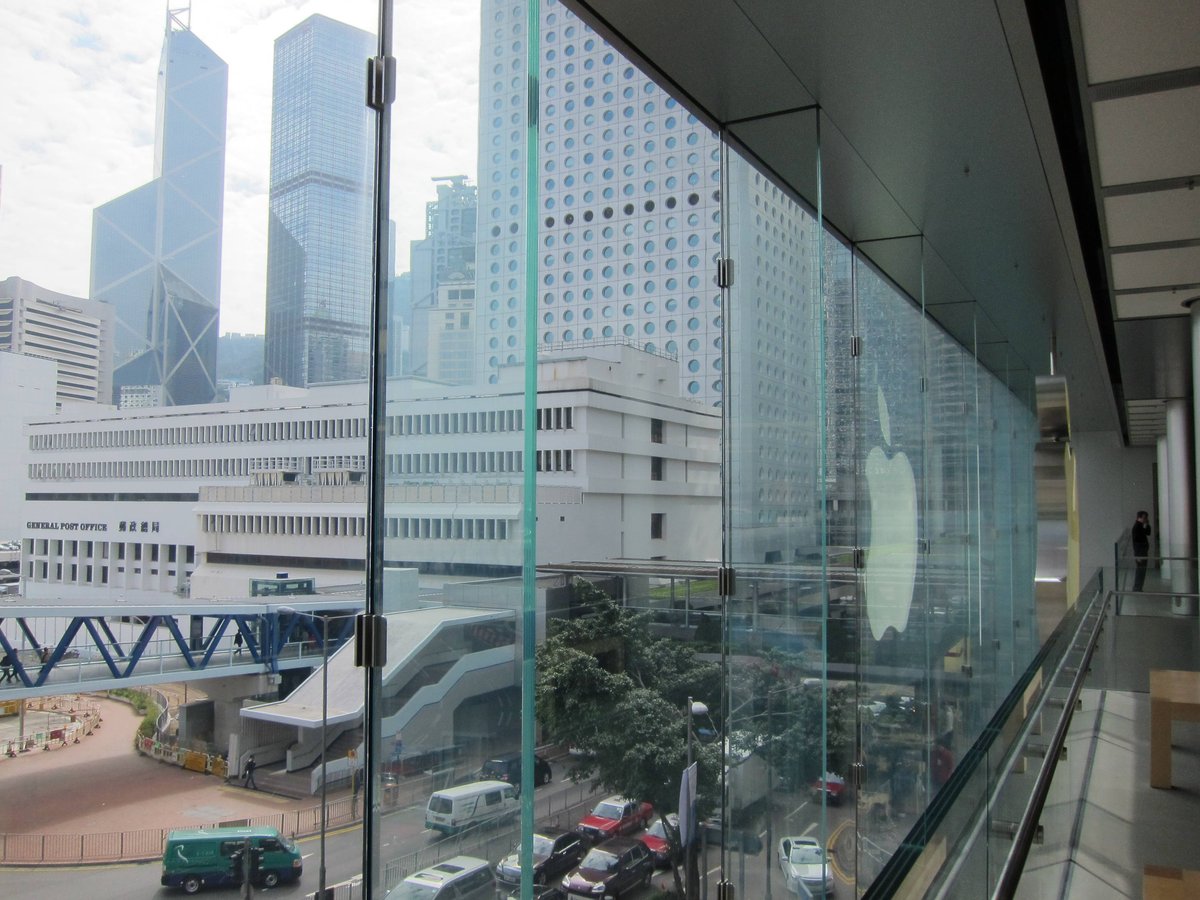 tuyylihk
So the IFC one will be larger than the Causeway Bay one.
But what should Apple do with the expanded space?
Still I think the Causeway Bay one is too large which it needs to be filled with same products in two different floors (the shop has three floors). But the good thing is that it will not be so crowded, which makes the customer more comfortable.
Not sure if this is a good move for Apple. But I will look forward to this expansion. I am working just nearby so this is the shop I go most.
Score: 1 Votes (Like | Disagree)

I'm loving the pictures! It's clear it's in the Central district. Even the @$$hole building is there and the beautiful convention center. I can't wait to go back to Hong Kong. I will definitely visit that Apple store.
Score: 1 Votes (Like | Disagree)

If agnes b vacates both the flagship clothing store and the cafe for Apple, it will effectively double the IFC Apple Store's size. Think of all the things Apple can possibly do with this much space!

You can see the actual floor plan here and toggle the floors (flash required): http://www.ifc.com.hk/en/mall/floorplan.jsp?shopid=55


Agnes b. would need to really be bought out; that's one if their prime locations.

But I'm happy for the expansion. Although the Hysan Apple store is my favorite to visit, the IFC store is always packed, despite being so big.
Score: 1 Votes (Like | Disagree)

That IFC store is incredible i've never seen it before :D


It has a great view! With the harbour and the tall skyscrapers!

Still waiting for a store in Southeast Asia. :(
Score: 1 Votes (Like | Disagree)

BrockC
That IFC store is incredible i've never seen it before :D
Score: 1 Votes (Like | Disagree)
Read All Comments

Wednesday January 19, 2022 11:30 am PST by Juli Clover
It's now been a few months since the M1 Pro and M1 Max MacBook Pro models launched in October, and MacRumors video editor Dan Barbera has been using one of the new machines since they debuted. Over on the MacRumors YouTube channel, Dan has shared a three month review of his MacBook Pro to see how it has held up over time and how it's changed his workflow. Subscribe to the MacRumors YouTube ...
Read Full Article • 172 comments