EA Sports has released FIFA 14 for iOS, the newest iteration in its popular soccer gaming franchise. The release marks the first time that the game is free to play, along with offering in-app purchases for use with FIFA’s Ultimate Team feature that allows users to collect and trade FIFA players, play styles, formations and kits and use them in-game. The game features over 16,000 players from over 600 licensed teams in 33 leagues, and features new touch controls that allow for easier gestures such as tap to pass and swipe gesture shooting. 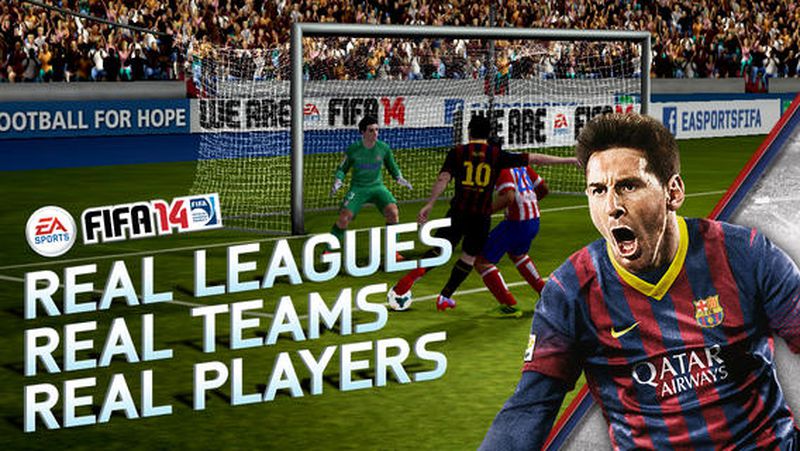 REAL PLAYERS. REAL TEAMS. REAL LEAGUES. Welcome to the most authentic football game on the App Store. Feel the excitement of every pass, shot, and tackle with new touch controls. Plus, live every moment of real-world football mastery with EA SPORTS™ Football Club Match Day. Get in there! 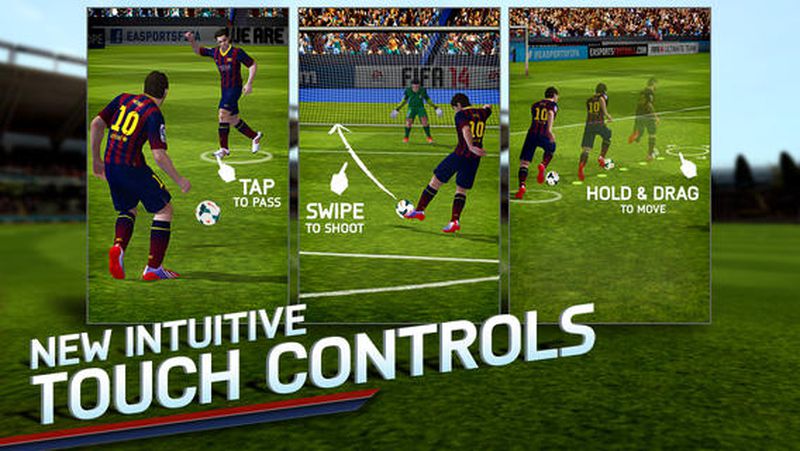 EA Sports also released the first free-to-play version of its other popular sports franchise, Madden NFL 25, last month. FIFA 14 can be downloaded from the App Store for free. [Direct Link]

Phil A.
I hate the freemium model: I'd much rather pay for something once and know it's paid for. Some of the IAP prices these freemium apps charge are scandalous
Rating: 6 Votes

keysofanxiety
I really don't see a problem with the freemium style. EA really nailed this one.

$6.99 -- buys you a football. Just one. If you kick it into the crowd, they keep it and you have to buy another one. That's quite realistic: real quality footballs cost WAY more than that.

Lose a game? Oh dear, you're in trouble. Your sponsors don't like it when you lose. Pay a fine of $4.99 to appease them. Losing games = losing money; it's only fair.

Draw a game? Hmm, not very good. One point won't get you very far in the Premiership. A mere fee of $2.99 will allow your PR guy to help you not lose money or sponsors.

Win a game? Congratulations! People are REALLY interested in your team. Now you can get some sponsors! A mere $9.99 to take up a new sponsor.

And the GREAT thing about sponsors is that they each give you 4 virtual 'Ballcoins' for purchases* which can be used in the game!**

*'purchases' include the following two options: ball boy, mascot dressed as a giant squirrel.
**one use only. You must pay $2.99 in order to use the 'Ballcoins'.
Rating: 4 Votes


More of this freemium IAP CRAP. When is Apple going to allow us to, at the very least, EXCLUDE IAP apps from search results?

What sort of iAPs could be in this I wonder?

$3.99 - Fundementals skill pack! Allows your players to dribble the ball across the whole field!

What other kind of control would work on an iPhone?
Rating: 2 Votes

Lord Hamsa
It's amusing (and somewhat saddening) to see all the ill-directed IAP hate in this thread.

if EA released the full game for $4.99, no one would complain. Instead, they release a fully-functional game for free, with a $4.99 IAP if you want to use all of the game modes instead of a subset of them, and people are like "IAP sucks! EA is the devil!"

Now, anyone who wants to rag on ultimate team, I'm right there with you. But that's not new for FIFA 14, so it's a wash compared to last year's game.
Rating: 1 Votes

cclloyd
What sort of iAPs could be in this I wonder?

$3.99 - Fundementals skill pack! Allows your players to dribble the ball across the whole field!
Rating: 1 Votes
[ Read All Comments ]