Apple is sending emails offering refunds to customers who purchased a Breaking Bad "Season Pass" for the fifth season of the series on iTunes. In early September, Apple was sued in a class action lawsuit for failing to provide all 16 episodes of Breaking Bad season 5 to "Season Pass" purchasers on iTunes, instead only providing 8 episodes.

We apologize for any confusion the naming of "Season 5" and "The Final Season" of Breaking Bad might have caused you. While the names of the seasons and episodes associated with them were not chosen by iTunes, we'd like to offer you "The Final Season" on us by providing you with the iTunes code below in the amount of $22.99. This credit can also be used for any other content on the iTunes Store. Thank you for your purchase.

Season 5 of Breaking Bad was split into two halves, one half starting in July of 2012 and the other in August of this year, by the show's network: AMC. This resulted in customers having to purchase each half of the season separately at not only iTunes, but also at other online retailers like Amazon Instant Video and physical retailer Best Buy. iTunes customers had to pay $14.99 (standard definition) and $22.99 (high definition) for each half.

Breaking Bad can currently be purchased on the iTunes Store, and tops both the "Top TV Episodes" and "Top TV Seasons" on the store's charts. Thanks James and Daniel!

You're goddamn right I want my refund.


Why? You only paid for a half season, not a full season. Apple owes you nothing.
Score: 9 Votes (Like | Disagree)

mentholiptus
I paid for it, and I wish they wouldn't have caved. This isn't Apple's fault. This is how AMC marketed and sold the show...and now Apple is footing the bill because of a bunch of indignant freeloaders. No one else offers season 5 as a whole.

Apple just bought everyone (who bought this) a season of Breaking Bad. I suppose I'll get a credit even though I don't expect it.

**edit...I see, I just don't have to redeem the code. Cool. Fair is fair, and I paid for what I expected. I'm not going to take money out of their pockets.
Score: 9 Votes (Like | Disagree)

GizmoDVD
This is another win for the people who can't read and whine like little babies. Congrats guys!
Score: 8 Votes (Like | Disagree)

I paid for it, and I wish they wouldn't have caved. This isn't Apple's fault. This is how AMC marketed and sold the show...and now Apple is footing the bill because of a bunch of indignant freeloaders. No one else offers season 5 as a whole.

Apple just bought everyone (who bought this) a season of Breaking Bad. I suppose I'll get a credit even though I don't expect it.

**edit...I see, I just don't have to redeem the code. Cool. Fair is fair, and I paid for what I expected. I'm not going to take money out of their pockets. 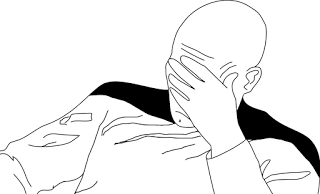 Millah
While this was done by AMC and not Apple, I still don't understand the bitching and moaning. The seasons are priced appropriately I feel. Each "season" had less episodes, therefore had a lower price at 22 dollars. But still, it's nice of Apple to do this. Even though Apple was the one taking all the heat for it, and other retailers like Amazon who had the same offering probably won't be refunding customers like Apple is. Yea, Apple doesnt give a damn, right :rolleyes:
Score: 6 Votes (Like | Disagree)
Read All Comments