Google has released a significant update to Google Translate for iOS, including a visual redesign that is similar to that of the “flat” design principles found in iOS 7, as well as new features such as handwriting input for 49 different languages with support for text input and spoken translations, Seven of the languages including Bosnian, Cebuano, Hmong, Javanese, Khmer, Lao, and Marathi are new in the most recent update. 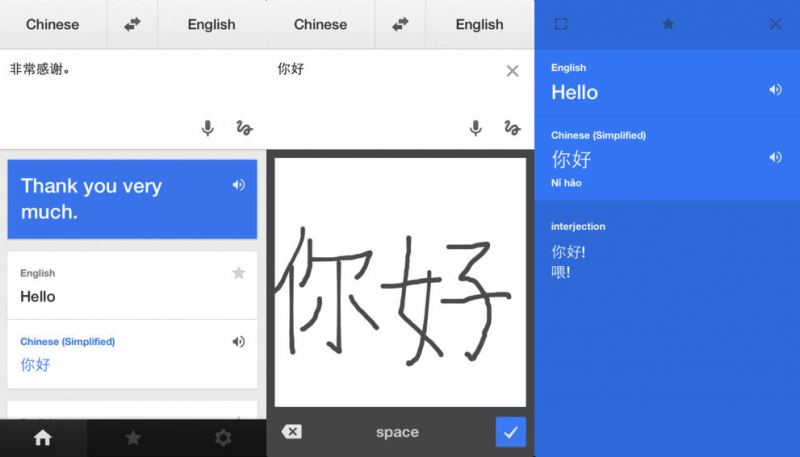 When you’re trekking around a new place or trying to communicate with someone who speaks a different language, Google Translate helps break down the language barrier. Today we updated and optimized the Google Translate app for iOS 7, where you’ll see a fresh new look, handwriting support, and 70+ languages.

Google Translate for iOS originally launched in 2011, with the redesign of the app following a number of other updates for iOS 7, including updates for Chrome, Gmail, and the release of the new Quickoffice and Google Wallet for iOS. Google Translate is a free download and is available on the App Store. [Direct Link]

Not a proper iOS 7 app. Still uses the old keyboard. :(


Give it another 2 years or so.
Rating: 4 Votes

siurpeeman
finally. the last of my apps to get 4" display support.
Rating: 2 Votes

joejoejoe
Anyone else having trouble updating? It keeps downloading with the old icon and crashed upon start (still looks like the old app when it first opens).

Blau
This is great. I've been waiting for them to update for iOS 7 for a while now and the handwriting tool is pretty neat.
Rating: 1 Votes

flyingember
the apple character writing interface is better, it doesn't randomly decide when I finished when I really paused
Rating: 1 Votes
[ Read All Comments ]