Electronics manufacturer Philips has announced (via Engadget) the M1X-DJ system, an iOS-centric DJ controller with various features including compatibility with both the iPhone and iPad via Lightning connector, a compact mixer, and onboard turntables. The system also supports streaming via Bluetooth, a shoulder strap, and support for Algoriddim’s popular music-mixing app Djay 2. 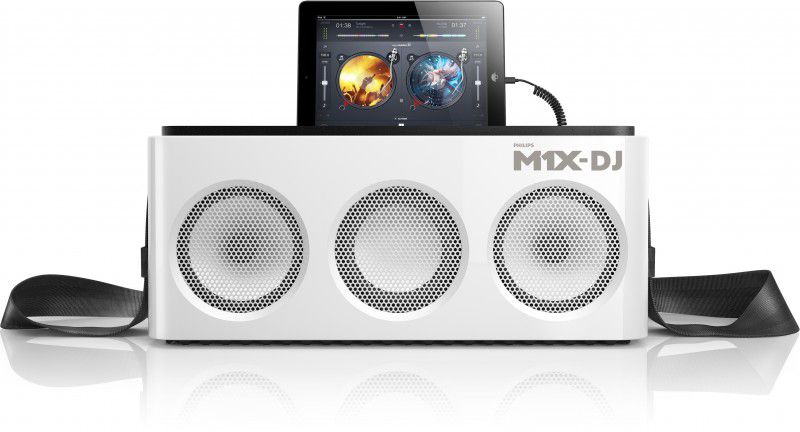 The Philips M1X-DJ System includes speakers that output an impressive 80-Watts of sound. Optimized for iPad® and compatible with the iPhone 5®, the system includes an Apple ‘Lightning’ connector and Bluetooth wireless connectivity. Using the djay 2 app, you can switch between tracks on your playlist or mix tracks together for a sound that is truly your own. The integrated DJ controller allows you to mix and scratch your music using two professional grade platters, cross faders and controls – just like a professional DJ would use.

Last week, Pioneer announced the “DDJ-WeGO2”, a iOS-centric DJ controller with similar features including jog wheels and an onboard mixing console. The Philips M1X-DJ will be released in November for €399 ($526).

Mike Oxard
Wouldn't the 'DJ' be blocking the output from the speakers when using this? Surely the speakers should be pointing away from the 'DJ'?
Rating: 4 Votes 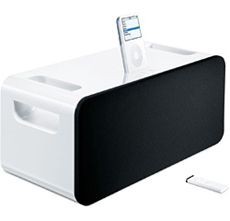 jmsait19
Clearly it's a product for pregnant women looking to serenade their unborn child.
Rating: 2 Votes

checksix
the top control panel is reversible so you can point the speakers away from you and facing the crowd...
(figured this out by checking other sites, pictures and youtube video...)
Rating: 1 Votes

the lightning port works at whichever side you plug the device. Now unless you specifically know that the dock supports only one angle of rest...


Sure you might be able to angle it the other way but then the iPad would be blocking the DJ controls.

See image below. Not sure if they are speakers on the other side too but there are definitely speakers pointing right at your waist. 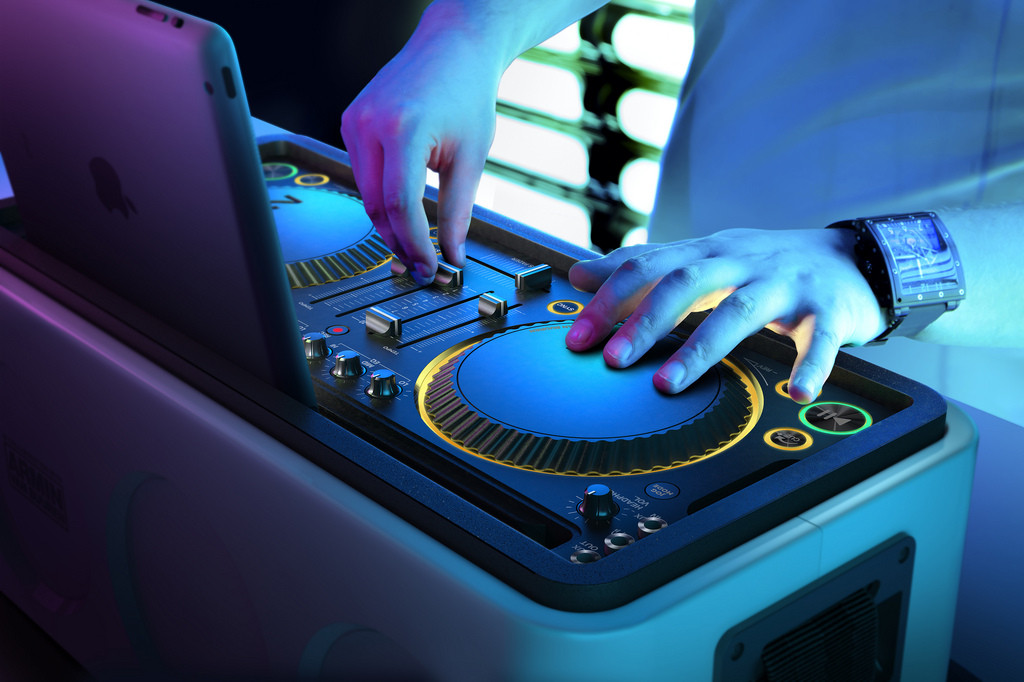 Wouldn't the 'DJ' be blocking the output from the speakers when using this? Surely the speakers should be pointing away from the 'DJ'?


Are you suggesting that they actually need to think when designing a product?
Rating: 1 Votes

trainwrecka
The M1X-DJ: For those wanting to DJ to their waist.
Rating: 1 Votes

Wouldn't the 'DJ' be blocking the output from the speakers when using this? Surely the speakers should be pointing away from the 'DJ'?


Looking at the additional photos, there appears to be some round openings on the other side, but they don't look like speakers...Not sure what Phillips were thinking.
Rating: 1 Votes
[ Read All Comments ]