Google today announced a newly redesigned version of its Google Drive app for iOS, which incorporates the company’s card-style layout that has been used across many of its mobile apps like Google+.

The new look features thumbnails that display file content, but it also retains the traditional app layout. Users can toggle between the thumbnail view and the list view with the tap of a button. 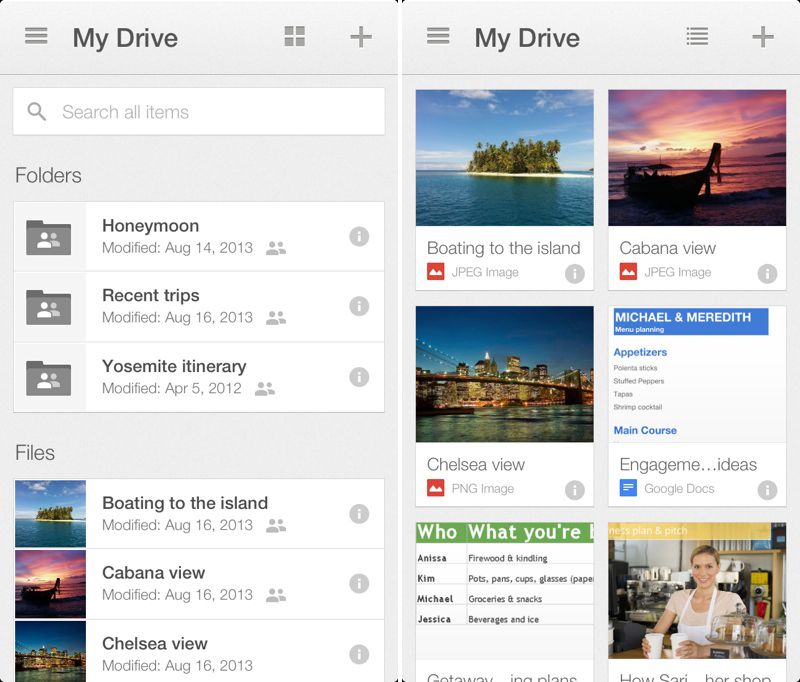 Google Drive now supports viewing and editing files in landscape mode and folders are grouped more intuitively. Google has also made it easier to copy and share links to files, and search is located more prominently to make finding files simpler.

Google Drive can be downloaded from the App Store for free and the update should be live later today. [Direct Link]

Razeus
Still unsure if my photos should go in Google Drive or Google+...
Rating: 1 Votes

Same. As the article stated, check back later today.

hlfway2anywhere
Am I the only one who still doesn't see this update? I saw 9to5mac post about this early this afternoon and it's been like 7 hours... nothing.