Apple Opens iWork for iCloud Beta to All Users

Friday August 23, 2013 7:08 am PDT by Richard Padilla
After sending beta invites to a number of users in recent weeks, Apple has apparently decided to open the iWork for iCloud beta to all registered users with an Apple ID. The beta, which can be accessed through the standard iCloud login page, contains full access to in-browser versions of Apple’s iWork software suite, including Pages, Numbers, and Keynote, in addition to existing iCloud services. 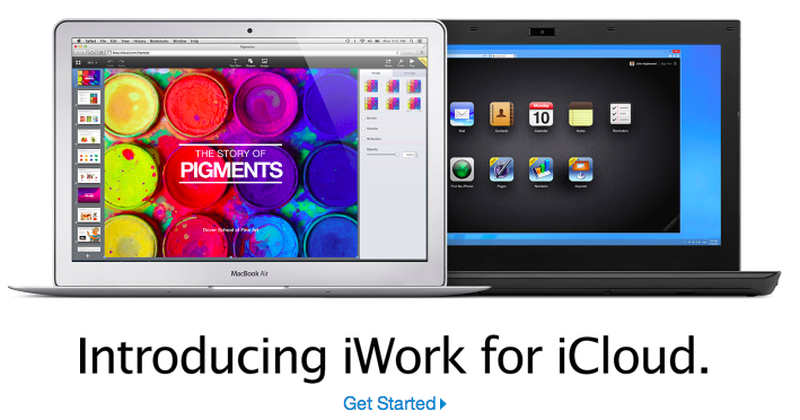 Apple first introduced iWork for iCloud during its annual Worldwide Developers Conference back in June, and sent invites to registered developers soon after before gradually adding non-developer users. The web services work on both Mac and Windows computers in various browsers with support for Chrome, Safari, and Internet Explorer, as well as mobile devices. iCloud itself also received an iOS 7-inspired makeover earlier this month on the beta site, although iWork for iCloud icons on the beta site have so far retained their iOS 6 look. The revamped iCloud site with iWork for iCloud is expected to officially launch this fall.


You should try it, it's actually very nice. Apple finally seems to have gotten web apps right.
Rating: 10 Votes

It's not running OS X.

rei101
Web based software? no thank you.
Rating: 10 Votes


Pretty cool for windows users that don't use office if you ask me.
Rating: 7 Votes

Macist
Having tried this it's actually massively nicer to use than Google Docs. Apple finally doing something in the cloud that isn't anaemic, unreliable and generally meh? Hope so.

But make it into a hackintosh and it will run OSX. Just saying.


You'll be lucky. Very few laptops are hackintoshable if you want everything to work or work smoothly.
Rating: 6 Votes

I'm with you. This seems like a great idea but I'm for local apps and Dropbox. Why not utilize all that processing power on your desktop or laptop? I can't see myself ever using iWork for iCloud.


This doesn't replace your native OSX apps, just supplements them. You can access your personal files even if you are working on a different computer. For example, you can have access to your personal documents at work, without having to put them on your work computer.
Rating: 6 Votes


If you don't think this is the way of the future, you are crazy. As a software consultant, I can tell you right now that any company who isn't trying to push their software offerings in the 'cloud' will eventually be dead. Let me give you a couple examples of industry disruptions, and let me remind you that each of these companies were thought of as a "fad" in the beginning.

If there is ANYTHING I know of, it is software trending... Do you think in 10 years your phone will have 128GB+ storage? No way, it isn't needed. Once wireless networks are able to perform fast enough to feed all data as you need it, storage on devices will start disappearing and you will be left with services only. iOS in the cloud, for example (iOS 15 maybe? lol)
Rating: 5 Votes