Apple Seeks Patent on Fused Glass Enclosures for Use on iPhones, iPads, iPods, Displays, and Televisions

Apple last week filed for a European patent (via Patently Apple) on methods for fusing glass pieces together to create various types of glass enclosures for a number of products. While the patent application specifically addresses the general concept of such devices, examples and drawings included in the application outline how the process could be applied to such products as iPhones, iPads, iPods, displays, and even televisions.

Three independent claims in the application describe Apple's use of fused glass to create housings to cover displays or other components: 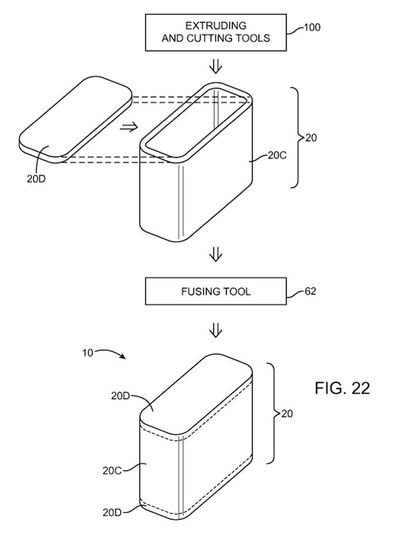 Example showing an extruded glass enclosure with fused end cap
Further descriptions suggest that while glass display housings could be paired with enclosures made of other materials as on many Apple products, entire enclosures could be also be made of glass.

Of notable interest, Apple design chief Jonathan Ive is named as one of the inventors on the patent, along with Apple designers Peter Russell-Clarke and Mike Pilliod.

Hand-drawn figure from Apple's original U.S. filing showing a display and other components inserted into a fused all-glass enclosure
Interestingly, the European patent application cites as priority a U.S. application filed in January 2012. That application was quietly published on July 25 of this year following the expiration of the 18-month confidentiality period on applications, although the application did not specifically name Apple as the assignee of the rights. That application also included rather crude hand drawings for its figures, drawings that were translated into more professional illustrations for the European filing.
Tag: Patent
[ 79 comments ]

AngerDanger
I'm amazed at how little I understand that patent jargon. 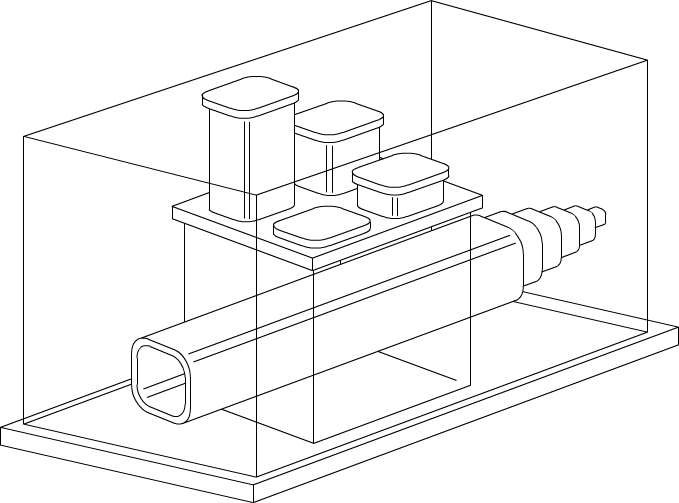 M-O
the new ifixit toolkit will include a hammer.
Score: 9 Votes (Like | Disagree)

KazKam
And talk about difficult to service...
Score: 7 Votes (Like | Disagree)

apple is worse than monsanto when it comes to patents..

All the companies patent.... for example, here's a new one of Google's...

Google patents the launching of apps when you unlock your screen! Draw a triangle, launch the camera app - draw a square, launch the phone app. So much different than clicking icons, huh?

Tell me that this is a novel idea, and 'worthy' of a patent unlike the Apple patents.

The thing is - we just hear of Apple patents on here, not other company patents.
Score: 5 Votes (Like | Disagree)

Tell me that this is a novel idea, and 'worthy' of a patent unlike the Apple patents.

The thing is - we just hear of Apple patents on here, not other company patents.

You're totally right - because if another company is being an *******, we should applaud Apple when they sink to the same lows!

So next time Coke poisons a water supply in India does that mean we're all cool for Apple to just dump some heavy metal in the Chinese drinking water? Because you know, other companies are doing it.....

We need to be adults and realise that just because we like Apple as a whole and the great stuff it does, we don't have to defend everything it does.

We can hate the bad stuff Apple does and still be an Apple supporter.

In fact, if you truly want Apple to continue to improve as a company, that's exactly what you should do.
Score: 4 Votes (Like | Disagree)
Read All Comments