European regulators have accepted a promise by the British media group Penguin and German media conglomerate Bertelsmann to scrap deals on electronic books, also known as "e-books", with Apple which were found to be in breach of European competition policy.

Penguin was not the only company in the firing line. Back in December 2012, the Commission criticized the practices of four large publishers, Simon & Schuster, Hachette, Holtzbrinck and Harper Collins, of working with Apple via an "agency model" whereby the publishers set the retail price and the distributor takes a fee (30% in Apple's case).

Under the "wholesale model" in place before Apple entered the market, publishers sell their goods to distributors for fixed prices and allow the distributors decide the final retail prices. The agency model came under fire for causing a rise in retail prices of e-books compared to the wholesale model championed by Amazon and Google. Under Apple's "most favored nation" contract clauses, it was allowed to match lower pricing by other retailers, and with the support of the major publishers effectively forced the entire industry to switch to the agency model, raising antitrust issues in a number of regions. 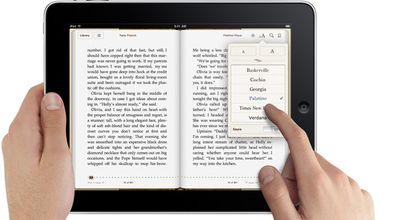 Joaquín Almunia, the European Commissioner for Competition, said in a press release from this morning:

After our decision of December 2012, the commitments are now legally binding on Apple and all five publishers including Penguin, restoring a competitive environment in the market for e-books.

The development comes after a district judge in the United States, Denise Cote, said that Apple played a "central role" in helping to fix the price of e-books. Court documents show that Apple, along with five other publishers, "conspired to raise, fix, and stabilize the retail price for newly released and bestselling trade e-books in violation of Section 1 of the Sherman Antitrust Act, 15 U.S.C. § 1 ("Sherman Act") and various state laws". Apple has steadfastly claimed that it has done nothing wrong and will appeal the decision.

The European Commission is well-known for imposing large fines on companies who fail to follow practices designed to protect consumers against anti-competitive behavior. In 2009, Intel was handed a record-breaking €1.06 billion ($1.45 billion) fine for the abuse of its dominance in the computer chip market and in 2004, Microsoft was fined €497 million (around $795 million) for offering Windows Media Player standard with its operating systems as well as providing no information about competing network software to interact with Windows desktops and servers.

...to scrap deals on electronic books, also known as "e-books"...


Really MacRumors? Thanks for that. I've been wondering for a long time.... :rolleyes:
Score: 7 Votes (Like | Disagree) 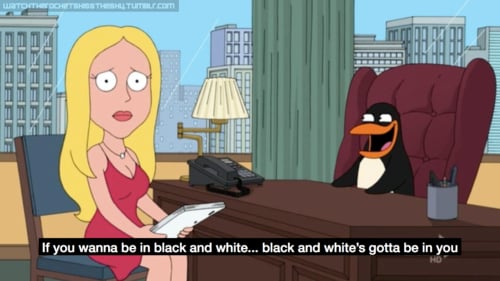 It kills competition. With agency, every reseller has to follow your prices so you'll never find it cheaper anywhere other then the iBook store.

1. So why would the publisher still sell its book for $10 to apple when he knows he will make less profit?

2. If other resellers want to be competitive with apple, why don't they just use the same business model and take 30% from the price?

I mean if the publisher is willing to make less profit from apple, I don't see how apple is to blame when the price is set by the publisher.

I still don't get it :confused:
Score: 1 Votes (Like | Disagree)

Don't be so sure it is ending. Apple could petition successfully to have this delayed pending their appeal in the US which appears to be guidance for the EU in their actions. Then if they win the appeal it could make a muck of things in regards to nixing contracts etc without their consent.

Or Apple could find a way to sue in the EU for contract violation or some such citing the lack of anyone actually finding them guilty of anything. Or if they have been there might still be appeals that haven't finished out. Until they have you can bet Apple will do what they can to block the dissolution of contracts or being forced to change terms.

Ultimately little to nothing could change. At least for a while. And frankly that sounds about right to me. If the publishers want to settle fine, if the EU wants to set limits on what they can price their books, fine. Apple doesn't control pricing so they can't really fight that. But these moves of forcing contracts to cancel in total when no one has proven agency is anti consumer etc (even if amazon doesn't like it) is not okay. Not when it could come with the price of Apple simply cutting all sales in the EU. Putting Amazon back as THE Ebook reseller is not good, just as it wasn't good before. But neither the US or EU said boo until it was big bad Apple in the mix. And that is not good either.


What are you talking about? Apple has already settle with the EU.

Apple can't petition, the US is not a guidance for the EU case, Apple can't sue nobody for breach of contract. Really, where have you read any of what you have claimed?

I still don't see what the problem is with the agency model. This allows independent writers to put their books on the iBookStore, dictate their own prices, and take home 70% just like independent programmers do with their Apps. You can actually skip the publishers altogether by purchasing your own UPC code (can be done for around $100) and then voila, you have a published book for sale.


Agency model was not a problem and is not illegal.

The problem was the alleged collusion between publishers and Apple to force the agency model to other ebook stores.

It kills competition. With agency, every reseller has to follow your prices so you'll never find it cheaper anywhere other then the iBook store.


Wrong, agency model doesn't imply that the price is the same in all the stores
Score: 1 Votes (Like | Disagree)

O, come on! Who the hell is penguin and why he isn't jumping on the north pole?


This joke is so bad it's moderately funny.

ka-spot
O, come on! Who the hell is penguin and why he isn't jumping on the north pole?
Score: 1 Votes (Like | Disagree)
Read All Comments