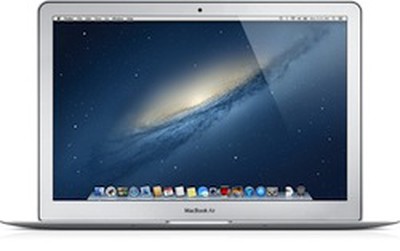 This update is recommended for MacBook Air (mid 2013) models.

This update fixes an issue that in rare instances may cause an intermittent loss in wireless connectivity, an issue with Adobe Photoshop which may cause occasional screen flickering, and an issue which may cause audio volume to fluctuate during video playback.

News of the screen flickering issue emerged shortly after the release of the 2013 MacBook Air, when users began noticing display flickering when using Photoshop, especially when accessing the app's larger brush tools. An Adobe representative noted that it was likely a driver or GPU issue and last week, a tipster reported that OS X 10.8.5 fixed the issue, suggesting that Apple had found a solution.

Apple's June 2013 MacBook Airs use the newest 802.11ac Wi-Fi standard, which is designed to offer faster connectivity and bandwidth.

Amazed how fast Apple got into the problem, and fixed all 3 within a month. :)

One of the many reasons, APPLE is highly regarded and looked up to, as a company.
Score: 13 Votes (Like | Disagree)

luisito
Amazed how fast Apple got into the problem, and fixed all 3 within a month. :)
Score: 11 Votes (Like | Disagree)

One of the many reasons, APPLE is highly regarded and looked up to, as a company.


I dont look up to any company. They just sell stuff.
Score: 9 Votes (Like | Disagree)

One of the many reasons, APPLE is highly regarded and looked up to, as a company.


Indeed, some other competitors take years to only release a fix that breaks something else. Haha.
Score: 5 Votes (Like | Disagree)

Saturn1217
Quite impressed with how responsive they are not just with the well publicized Wifi issue but the also the flicking and sound fluctuation issues. REALLY looking forward to purchasing one of these once my state's tax holiday kicks in next month :D
Score: 3 Votes (Like | Disagree)

WMD
I like the "in rare instances" part. Rare, as in, almost everyone?
Score: 2 Votes (Like | Disagree)
Read All Comments