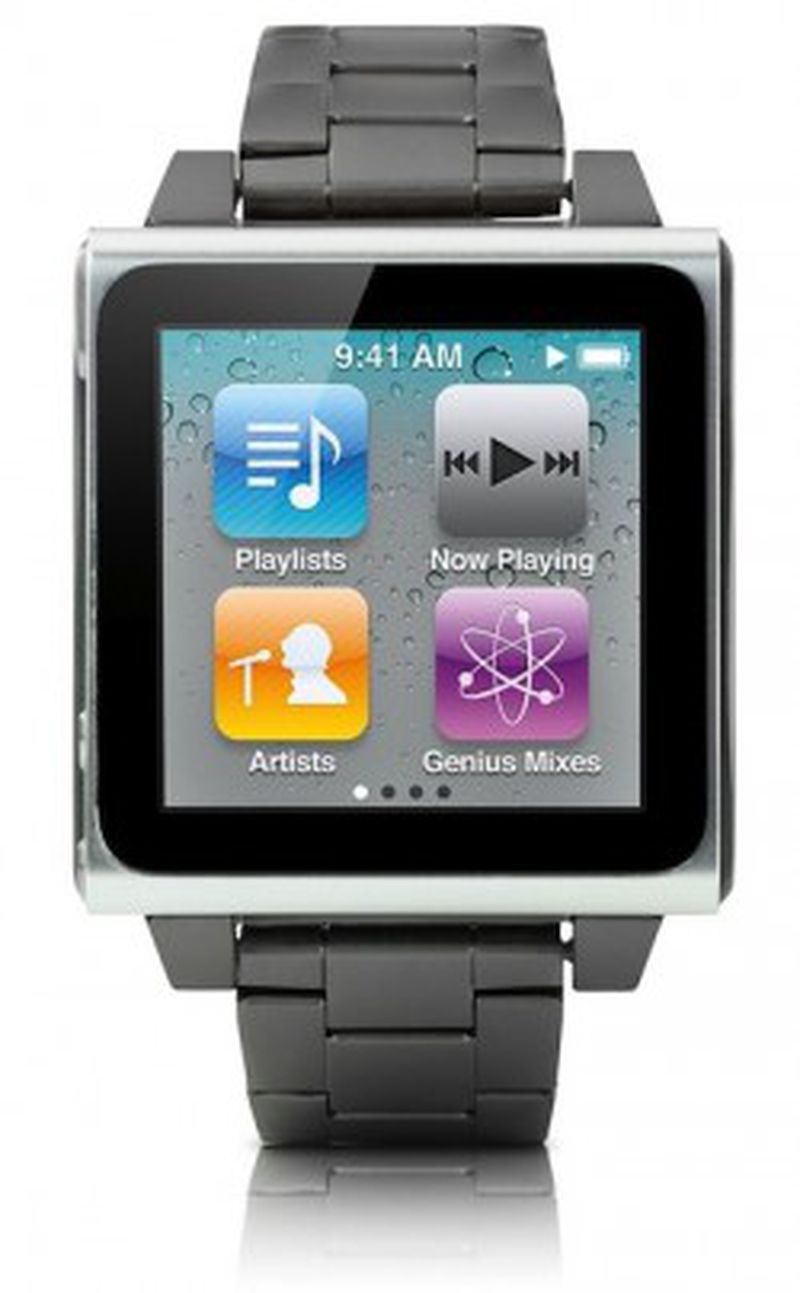 Financial Times reports that Apple is "aggressively" hiring new employees to help with its smart watch effort, suggesting that the company needs additional expertise to tackle the project's challenges. Sources also indicate that the "iWatch" may not appear until late next year, as has been previously rumored.

The company has begun hiring “aggressively” for the project in recent weeks, say people familiar with Apple’s plans for the wearable device, a move that shows it has stepped up development but which raises questions over the ability of its own engineers to develop wearable technology.

As Apple moves from iPods, iPhones and iPads into an entirely new category of product, it is looking beyond its existing staff in Cupertino for the talent required to build it – an indication that the endeavour involves “hard engineering problems that they’ve not been able to solve”, according to one source.

The report indicates that Apple has been looking at acquiring smaller firms with expertise that would be valuable to its smart watch effort, and has also been working hard to retain key employees related to the project.

Rumors of an Apple smart watch have been circulating for some time now, with the company reportedly putting over 100 designers to work on the project. Earlier this month, it was revealed that Apple has hired Paul Deneve, formerly the CEO of fashion house Yves Saint Laurent, to work on "special projects", with speculation suggesting he may involved with the iWatch and other wearable computing projects at Apple.

Apple has been filing trademark applications on the iWatch name in a number of countries, something the company typically does relatively close to its product launches, but it appears in this case that Apple may still have significant work left to do before it can bring its smart watch to market.

e.ford
Does anyone else not care at all about an "iWatch?"
Rating: 33 Votes


Just like we didn't care about the iPad? Or the introduction of personal computing?

We shall wait and see if it will take off. Nobody knows yet.
Rating: 21 Votes

Apple has to complete with Glass somehow..

That's assuming glass manages to overcome the rather big technical challenges and will gain acceptance by the masses..

You mean not care enough to not post a comment on this article or just not care at all?
Rating: 13 Votes

A cracking idea then. An iPod Nano on a watch strap. Whatever next? They'll be making a mini version of the iPad probably. That's amazing innovation isn't it? Steve would be proud if he was alive today at how Tim Cook has preserved his legacy of ground breaking innovation .....
Oh no! What am I saying?. It's just another harebrained New Apple 'idea' rehashing different versions of the old innovations and hoping no one will notice.
Steve would in fact be turning in his grave instead.
It's only a matter of time before folks wake up and realise that (whisper it) New Apple are treading water ... There's only so long you can get away with rebadging the same old stuff. Harley Davidson have been getting away with rebooting the same bike for the past 30 years but there's no such retro street cred with technology.
Please. No more waffle. Lets lead once more. It's not too late. But. Sadly it soon will be if this is the best they can come up with :mad:


It's a mock up...... Just a concept macrumors posted it's not the actual product. Calm down don't go off on a rant. Then again u prob already know that and just trolling.
Rating: 11 Votes


This is Apple. They elevated the tablet, mp3, and smartphone industry. They could do it too for the watch!
Rating: 10 Votes


Perhaps a better question would be: Is anyone else bored with people constantly declaring what they aren't interested in?
Rating: 9 Votes


I care so little I don't even clock into threads titled about it.... Oh wait...
Rating: 9 Votes

diddl14
Haven't they already bought the rights to that Swiss Railroad clock??
What more do you need for a watch!
Rating: 9 Votes


'You want a job with us to help make the iWatch? WELL YOU'RE HIRED, WHAT DO YOU THINK OF THAT? Get into the office NOW! Don't you look at me or so help me I'll… '
Rating: 7 Votes