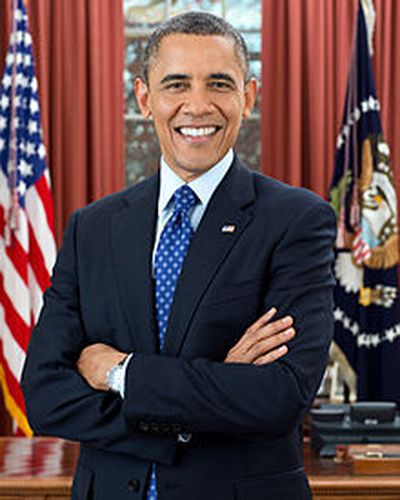 President Obama has today announced a set of executive actions directed at cracking down on patent-holding firms that interfere with competition and abuse the patent system, reports The Wall Street Journal. Many technology companies, such as Apple, have dealt with multiple lawsuits from so-called "patent trolls," which aim to make money through licensing fees.

Mr. Obama's actions, which include measures he wants Congress to consider, are intended to target firms that have forced technology companies, financial institutions and others into costly litigation to protect their products. These patent-holding firms amass portfolios of patents more to pursue licensing fees than to build new products.

The firms say they are doing nothing wrong, just using patents that were legally granted by the U.S. Patent and Trademark Office. They say they promote a fair market by protecting smaller inventors.

Obama has constructed a five-step plan with a total of seven legislative changes, which will be released as part of a White House report on patent trolls. The plan includes a recommendation that the U.S. Patent and Trademark Office create rules that require patent owners to be identified and a request for Congress to pass legislation that puts sanctions on questionable lawsuits filed by patent-holding firms.

Additionally, Obama hopes to cut down on the International Trade Commission's involvement in patent disputes. Claims filed with the ITC are often resolved more quickly than standard federal lawsuits.

The Obama administration would like Congress to change certain ITC legal standards and ensure that the agency has flexibility in hiring its judges. The president will order a review of existing procedures at the ITC, officials said.

Reliance on the ITC has not been limited to patent trolls, as a number technology companies like Apple, Samsung, and Google have increasingly used the International Trade Commission to settle a number of patent disputes.

According to President Obama, patent-holding firms are a drain on progress. The firms, he says, "don't actually produce anything themselves. They’re just trying to essentially leverage and hijack someone else’s idea to see if they can extort some money out of them."

Over the years, Apple has faced litigation from a number of patent-holding companies like Lodsys, which has targeted app developers over in-app purchases, and VirnetX, a company that was awarded $368.2 million over VPN connectivity in Facebook in 2012.

MultiMediaWill
This may be the first thing Obama has done well in office.
Score: 21 Votes (Like | Disagree)

apfeljonas
It'd be great if this was really thorough legislation that really worked...but...well, knowing the US Government...
Score: 15 Votes (Like | Disagree)

fins831
He can propose whatever he wants, it has to pass Congress, which should only happen by the time Haley's comet comes around.
Score: 14 Votes (Like | Disagree)

Hah, it's so funny how a president gets in a scandal or two and then suddenly his smiling face starts appearing on every web site in the world with him suddenly making various announcements about this that and other -- anything to create news that is different from the scandal news :)

I don't mean that in negative way. although I do suppose it is a bit sad...

Scandals? What scandals? Check President Obama's job approval polls. Hasn't dropped an inch. They're only scandals in the fevered minds of Republicans. The rest of us see through all of the bloviating coming from the right.
Score: 13 Votes (Like | Disagree)
Read All Comments

Friday June 24, 2022 2:52 am PDT by Hartley Charlton
Apple is "likely" to announce its long-rumored mixed-reality headset as soon as January 2023, Apple analyst Ming-Chi Kuo has reiterated. Concept render based on purported leaked information by Ian Zelbo In a detailed post on Medium, Kuo explained that Apple's headset will be a "game-changer" for the augmented-reality and virtual-reality market. Describing some of the headset's...
Read Full Article • 90 comments