Google has updated its Google+ for iOS app to version 4.4.0, most notably adding new photo editing and organizational features. The app has gained a an Auto Enhance mode for improving photos with a single tap, along with Auto Backup, Auto Awesome, and Auto Highlight features. With Auto Highlight, Google+ users can view an array of photos that are automatically selected as the best of a particular batch of uploaded photos.

As announced during the Google I/O conference two weeks ago, Google’s video chat feature Hangouts has been moved to a standalone app. The Google+ update adds a one-touch access button for Hangouts.

A number of other small improvements to the mobile Google+ experience have been added, including additional profile fields and cover photo uploads, the ability to find content via hashtags, and interactive Google Offer posts.

Google+ for iOS can be downloaded for free from the App Store. [Direct Link]

nutmac
Meanwhile, only two of my friends posted anything on Google+ within the last 30 months.
Score: 4 Votes (Like | Disagree)

The only way Google + would ever work is if they buy facebook which I'm sure is not for sale. Google got into the game way to late on this one. People aren't going to make the switch at this point because they can't bring everyone with them in one giant leap.


The main problem with Google+ is that it merely strives to be a better Facebook. And while Google+ maybe superior to Facebook in many ways, they are mostly minor advancements at best.

I would like to rewind back to 2004, when Google launched Gmail. It offered then staggering 1 GB storage per user (back when competitors offered few MB of storage), vastly superior spam filters, and extremely efficient and clean UI (by 2004 standard).

Google either needs to go back to the drawing board or just call it a quit.
Score: 3 Votes (Like | Disagree)

komodrone
this popped into my head 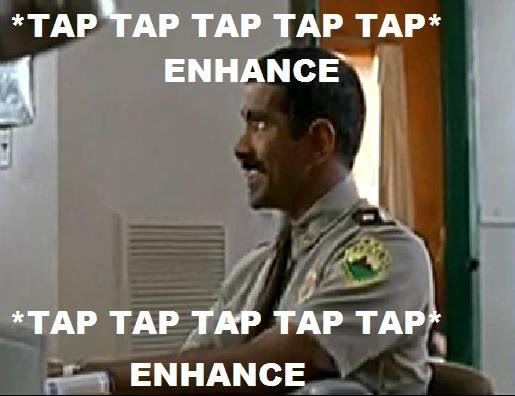 It's better when you find people that have your same interests. I use it to follow photographers. I have so much quality content that I can't get on Facebook. In fact, Facebook content as become trailer trash for me. I love I can interact with people i don't know on G+ and get ideas and conversations. It's a much better experience.
Score: 1 Votes (Like | Disagree)

Yamcha
I don't know a single person who uses Google+. I've tried it before, didn't particularly like the experience, but even If I did it's kind of pointless If there's nobody using it..

I actually also hate Facebook to be honest, but thats the only way I can keep in touch with everyone I know..
Score: 1 Votes (Like | Disagree)
Read All Comments

Thursday December 8, 2022 7:05 am PST by Joe Rossignol
iOS 16.2 is expected to be released next week following nearly two months of beta testing. With last-minute additions like Apple Music Sing and Advanced Data Protection, the software update now has over a dozen new features for the iPhone. Below, we've recapped many of the new features coming with iOS 16.2, including Apple's new whiteboard app Freeform, two new Lock Screen widgets, the...
Read Full Article • 76 comments