Reuters is reporting that Apple has responded to the Justice Department's accusations that the company colluded with publishers to increase e-book pricing, saying that it negotiated with the publishers separately and reached different agreements with each.

But Apple said the publishers had decided, independent of Apple, to eliminate discounts on wholesale book prices of e-books, to sell lucrative hardcover books first to bookstores in a practice called windowing and to take other measures to push Amazon to raise prices.

In a court filing dated April 26 but released on Tuesday, Apple said it had approached publishers to create an online bookstore that would eventually become the iBookstore and had demanded a 30 percent commission, that publishers would not undercut prices paid to Apple, and that "windowing" be scrapped.

Apple said that points of contention in early negotiations centered around Apple's demand for a 30 percent commission and price caps. Apple went on to note that each publisher immediately offered its own counterproposals in what Apple described as "tough negotiations."

The company also claims that before it entered the market the publishers were engaged in a battle to break Amazon's grip on the low-cost e-book market, with Apple laying the blame for any potential collusion on the publishers.

The lawsuit was originally filed in April 2012 and included HarperCollins, Simon and Schuster, Hachette Book Group, Macmillan and Penguin, but the Justice Deparment settled with the publishers and has since concentrated on Apple. Recently, CEO Tim Cook was ordered to testify in the case. 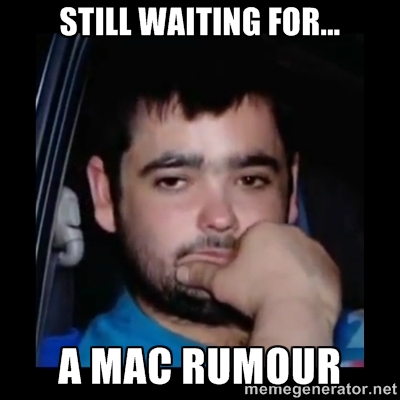 Mostly cloudy with a 100% chance of multiple lawsuit stories.
Score: 19 Votes (Like | Disagree)

Fill in the blank with nearly anything & it would be appropriate :)
Score: 15 Votes (Like | Disagree)

EricNau
Completely nonsensical. Amazon was paying publishers exactly what they asked for. It was Apple that demanded a different pricing model, and coerced publishers to use that model with all other resellers.
Score: 10 Votes (Like | Disagree)

You seem to imply that before the iBook store there was a competitive situation. Can't agree. Amazon was guilty of predatory pricing in my opinion and this in itself was anti trust. Now, I agree two wrongs don't make a right, but to sanction Apple for manipulating a "market" where it wasn't possible to profit from sales is wrong. If the anti trust bodies had sanctioned Amazon for its pricing policies, and a viable market had emerged, then there would have been no need for the publishers to try to protect themselves from being beholden to a single outlet.

How can Amazon be predatory pricing when it makes a profit from selling ebooks?

It's called a loss leader. Sell some popular books at cost or below cost, sell 95% of other ebooks at profit. End result: overall profits

Supermarkets have been doing this for decades.

Apple is using this "loss leader" pricing right now for its iBookstore on a few ebooks. Apple could have competed with Amazon on prices if it wanted to. Buy ebook at wholesale like Amazon did. Have a sale on a few popular titles and sell the rest at profits.

Apple is better suited to this strategy than Amazon since Apple is many times more profitable and have a bigger cash hoard.

When retailers are guaranteed 30% margin and no price competition, who lose out? Consumers


That's why the publishers have agreed to pay something like $52 million in restitution for the ebook price fixing.

So in order to compete with Amazon, Apple should have been prepared to match Amazon's price. Even though Amazon in many cases was selling at break-even or making a loss?

The game Amazon is playing is to go for growth and worry about profit later. Wall Street gets it: Amazon is priced for MASSIVE growth in the long term. They will do this by destroying competition and preventing competitors from entering the market. Once they achieve this, they will own the publishers and be able to strike any deal they desire. They will also be able to charge the reader whatever they like within reason.

What law has Amazon broken in their quest to destroy competitions and preventing competitors from entering the market?

Amazon can't be guilty of what they haven't done yet. I.E. raising the price when they have a monopoly.


Look at Apple domination in digital music selling at $1.29.
Amazon competed buy selling a lot of popular songs at $0.99, less margin but increase market share. Some did switch from Itunes to AmazonMP3.
Score: 7 Votes (Like | Disagree)

Schwerpunkt
The situation is not clear cut

You seem to imply that before the iBook store there was a competitive situation. Can't agree. Amazon was guilty of predatory pricing in my opinion and this in itself was anti trust. Now, I agree two wrongs don't make a right, but to sanction Apple for manipulating a "market" where it wasn't possible to profit from sales is wrong. If the anti trust bodies had sanctioned Amazon for its pricing policies, and a viable market had emerged, then there would have been no need for the publishers to try to protect themselves from being beholden to a single outlet.
Score: 7 Votes (Like | Disagree)
Read All Comments