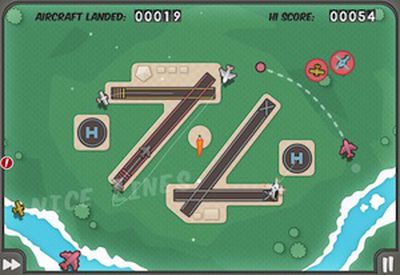 Earlier this year, we noted that the U.S. Federal Aviation Administration (FAA) was continuing to look at the use of personal electronic devices during the taxi, takeoff, and landing phases of commercial flights, hoping to take action by the end of the year to loosen restrictions currently requiring that all devices be powered down during these times.

Bloomberg now provides another update on the situation, noting that the airline industry remains divided over whether restrictions should be relaxed as reports of possible interference between these devices and aircraft electronics continue to surface. The report leads with a brief anecdote involving an iPhone:

The regional airliner was climbing past 9,000 feet when its compasses went haywire, leading pilots several miles off course until a flight attendant persuaded a passenger in row 9 to switch off an Apple Inc. iPhone.

“The timing of the cellphone being turned off coincided with the moment where our heading problem was solved,” the unidentified co-pilot told NASA’s Aviation Safety Reporting System about the 2011 incident. The plane landed safely.

Despite the fact that correlation does not necessarily imply causation, some pilots and airlines remain concerned over the potential impact of these electronic devices on their aircraft. The International Air Transport Association collected a list of 75 suspected cases of interference between 2003 and 2009 and airlines are continuing to see occasional reports, although some remain in favor of relaxing the regulations.

Even Delta Air Lines Inc., which argued for relaxed rules, told the U.S. Federal Aviation Administration its pilots and mechanics reported 27 suspected incidents of passenger electronics causing aircraft malfunctions from 2010 to 2012. Atlanta-based Delta said it couldn’t verify there was interference in any of those cases.

The airline industry has been divided. Delta said in its filing that it welcomes more electronics use because that’s what its passengers wanted. United Continental Holdings Inc. said it preferred no changes because they’d be difficult for flight attendants to enforce.

Just last week, a study indicated that 30% of U.S. airline passengers who have brought electronic devices onboard have accidentally left them on at least once.

With increased connectivity in the air through in-flight Wi-Fi and pilots even taking advantage of iPads to replace their traditional flight bags weighing 30-40 pounds, consumer demand for increased access to their electronic devices during flight has raised visibility of the debate over whether such devices pose risks during critical phases of flight. For now, the debate continues to play out as both sides seek to use scientific data to back up their positions.

needfx
I think it's passengers who should relax

they will survive with no electronics until the plane is up
Score: 45 Votes (Like | Disagree)

japanime
I'd prefer that cell phones remain banned during takeoff and landing. The clowns yammering away on their phones — in spite of the rules — are rude and annoying.
Score: 34 Votes (Like | Disagree)

Screw having cellphones on, bring back smoking! If your allowed to bring your annoying children and babble on your Phone during a flight, I want to be able to smoke


Children and talking on a phone during a flight doesn't affect the health of others. You wanna suck on cancer sticks, do it in your own space.
Score: 32 Votes (Like | Disagree)

ChiefPilot
As a pilot with a degree in electrical engineering, I shall sit back and enjoy the proclamations of "There's no way an electronic device could interfere with navigation systems onboard an aircraft" made by people who have no clue what they are talking about....
Score: 31 Votes (Like | Disagree)

NoNothing
As an engineer that specializes in investigating software issues with avionics software (mostly things that go bump in the night traced to SEU cosmic ray events and EMI) I assure you, I always take my electronic devices to OFF or Airplane Mode during take-off and landing.

It frustrates me when I hear of politicians that know nothing of safety and electronics try to act like they actually know something of the field.
Score: 21 Votes (Like | Disagree)

As an engineer that specializes in investigating software issues with avionics software (mostly things that go bump in the night traced to SEU cosmic ray events and EMI) I assure you, I always take my electronic devices to OFF or Airplane Mode during take-off and landing.

It frustrates me when I hear of politicians that know nothing of safety and electronics try to act like they actually know something of the field.


Interesting how there is no evidence whatsoever that cell phones cause any sort of interference.

Anecdotal evidence from a flight attendant doesn't trump the science for me... nor the common sense that on every flight there are multiple phones and iPads and such that are never turned off. If there were any issues with this, it would have surfaced a long time ago.
Score: 20 Votes (Like | Disagree)
Read All Comments