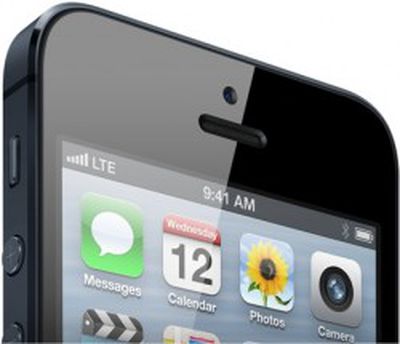 According to reports over the weekend from China Business [Google translation] and China Times [Google translation], Apple last month returned at least five million and perhaps as many as eight million iPhones to manufacturing partner Foxconn due to defects in either appearance or operation.

The reports indicate that it will cost Foxconn roughly 200 yuan ($32) per device to correct the issues with the defective iPhones, resulting in a charge of as much as 1.6 billion yuan ($259 million) to address the problem. It is unclear which iPhone models are affected by the issues, but Apple does not appear to be suffering from major shortages of any of its current devices.

The iPhone 5 suffered from quality control issues following its launch, with a number of customers complaining of scratches and other issues with their devices even right out of the box. Foxconn executives acknowledged that the iPhone 5 was a difficult device to assemble, with increased quality control standards contributing to production output below the company's goals.

As a result, it took Apple two and a half months to achieve supply-demand balance for the device, although the company was also pursuing its most aggressive worldwide rollout yet.

HarryKeogh
Apple Inc.: I'd like to return these 8 million iPhones.

Apple Inc.: There's a tiny scratch on some of them, a dead pixel on others...y'know, it's just when you spend several billion dollars you want them perfect.

Foxconn: Gotcha, let me talk to the manager and we'll see what we can do.

I mean, I'm glad that Apple takes the customer experience enough to force their suppliers to get things right, but still, how does stuff like this happen at this stage in the game? This story comes right on the heels of news that production difficulties were pushing the launch of the 5S back several months. If there are problems that significant for a minor phone upgrade, what happens with a complete redesign for the iPhone 6? Come on, Apple, get your house in order!


Maybe Apple should go back to cheap plastic phones, like the others?

Seriously Apple insists on pushing the envelope, and I'd say at times that's bordering on the obsessive... scratch that, it *is* obsessive in a way that a lot of customers probably can't relate. But they do it, and they have the best looking phone by a mile, so you can't really argue with it.

Like the story of the MacBook Pro webcam. The designers wanted a green camera light when the camera is on, but they didn't want to have an ugly hole when its off. They wanted the light to shine through the aluminum. Well aluminum isn't translucent - but you can make a hole in it so small that the eye cannot see it to get the same effect. All you need is lasers. So Apple bought lasers for over $200M so its manufacturing partners can shoot tiny holes in the aluminum housing so there is no hole visible in the case.

I am sure there's stories like this about the iPhone 5, too. It's what makes it feel, as one review described it, "like a piece of jewelry". Like it was not assembled but formed from a single piece. Like a monolith. And it makes these hard or impossible to copy. You may have noticed there is not a single competitor that makes a phone this small with that many features. Because they can't.

That's why the manufacturers have so many problems making them. Not at all unusual for Apple.
Score: 10 Votes (Like | Disagree)

I am glad I helped contribute towards this. I returned at least 30 iphone 5s. All had some sort of issue out of the box. I officially gave up and will be moving onto the Galaxy S4.

LOL. You have zero credibility. Here's an earlier post of your's (and that probably wasn't truthful either):

"Not true. Back in November I did exactly this. I think they let me get through at least 5 phones before saying no more. All had various issues from:
rattling sleep wake buttons
Crooked home..."
Score: 8 Votes (Like | Disagree)

The iPhone 5, beside the still un-understandable screen size decision, is a catastrophy.

I have a bump case, which is a failure in itself because it ads weight, size, and covers the iphone, and still there are many scratches on my iPhone 5.

Like many many people reporting it, my lock button is ****ed up (can't reach it since it's too low).

BUT the very worst is the so called "new more durable" cable and socket that is already ****ed as well, and I have to use a piece of paper for it to connect, only on one side (the other doesn't work anymore).

It goes without saying that I'm going to replace my iPhone, but I'm certainly not buying another one anymore, tired of this un-innovative, overpriced, piece of crap.


Here we have the vocal minority folks. Perfect example too. Firstly, I have a "perfect" iPhone 5 on my first try. The 16:9 screen is awkward at first but I really like it now. Second, you want a new phone but you don't like the weight a bump case adds to a very light phone? So your content with a heavier phone with a case on it just because its not Apple, right? Third, dropped my phone and guess what? Not a scratch (say what!). Use my lightning cable like crazy, with two devices and guess what? Not a nick on it (**** be cray cray!).

Finally, I had buddies ask me for phone advice. I gave them many options, iPhone, Droids, Windows, even BB. Why did they choose the iPhone. For the screen size, apps and many more things. How is Apple not innovating? Better question who is in your opinion, and why? Catch: first Google "Gimmick"
Score: 8 Votes (Like | Disagree)

Are you asking us or telling us? Yes, the rumor is they did return defective units according to a translated article from China Business. :D
Score: 8 Votes (Like | Disagree)
Read All Comments