Fierce Wireless reports that while discussing Verizon's LTE investment at the National Association of Broadcasters conference yesterday, Verizon CEO Lowell McAdam claimed that he convinced Steve Jobs to add LTE to the iPhone.

"I was really trying to sell him and he sat there without any reaction. Finally, he said, 'Enough. You had me at 10 Mbps. I know you can stream video at 10 Mbps.' And Apple's next phone was LTE," McAdam said.

McAdam did not indicate the timing of his conversation with Jobs or whether he was CEO at the time, but he was appointed Verizon CEO in August 2011. The next iPhone released was the iPhone 4S, which did not include LTE.

In April 2011, Tim Cook had said that LTE chipsets at that point in time forced Apple to make design compromises the company wasn't willing to make. Two of those design compromises were likely battery life, as LTE chipsets consumed a lot of power at the time, and size, as the need for multiple chips required more space than Apple was willing to dedicate inside the device.

Months later, in August 2011, it was reported that Apple was testing an LTE-enabled iPhone and was hiring additional LTE engineers with the first LTE iPhone arriving as the iPhone 5 in September 2012.

At yesterday's session, McAdam also claimed that half of wireless data traffic is now video, predicting that two-thirds of Verizon's network capacity will be used for video by 2017.

komodrone
in a way, Steve convinced Verizon to convince Steve to add LTE to iPhone.

Born Again
It's amazing what you can claim when your only source is 6 feet under.
Score: 23 Votes (Like | Disagree) 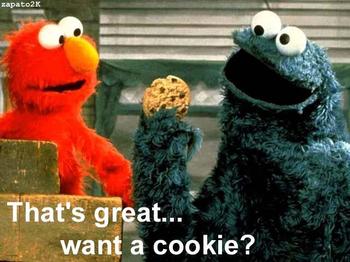 gatearray
wow, thanks Verizon d-bag! you're such a visionary, if it wasn't for you, Steve was going to insist on sticking with EDGE.
Score: 13 Votes (Like | Disagree)

Xenomorph
This is all false. **I** am the one that (personally) convinced Steve Jobs to use LTE.
Score: 6 Votes (Like | Disagree)
Read All Comments

Saturday February 4, 2023 10:05 am PST by Eric Slivka
Online retailer TigerDirect has slashed pricing on the M1 iPad Air in several colors, offering the base 64GB configuration for just $313.99 in Purple and Pink. Note: MacRumors is an affiliate partner with TigerDirect. When you click a link and make a purchase, we may receive a small payment, which helps us keep the site running. That's a savings of 48% compared to Apple's normal $599.00...
Read Full Article • 419 comments