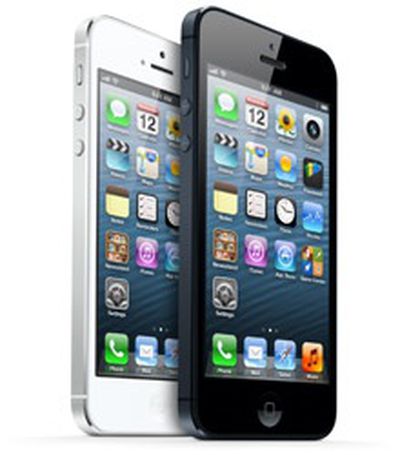 In line with a report from earlier this week, TmoNews reports that T-Mobile USA has begun rolling out software updates for existing customers running unlocked iPhones on its network.

As the carrier notes in its support forum, the update enables a number of features, including LTE support where available, ahead of the official launch of new iPhone 5 sales for the carrier next week.

Tiger8
They are not wasting time! WOW!
Score: 7 Votes (Like | Disagree)

aristotle
I don't think you guys understand what is going on here. The T-Mobile version and the old iPhone 5 AT&T versions are the SAME hardware.

The only difference between the two models is that they have a different firmware builds. A firmware update can update the baseband which is what controls the radios and what frequencies can be offered.

When you hear about a new version breaking the unlocks that jailbreakers use, it is because Apple updated the baseband portion of the firmware. It is similar to an SMC firmware update on a mac. When Apple updates the baseband, it will often result in a longer upgrade process as the phone has to reboot several times. If a baseband update is not part of the update, jailbreakers can often get their unlock back.

It is possible that Apple will provide older iPhone 5 models with a baseband that can use AWS HSPA+ sometime in the future. Apple has already told the FCC that the hardware is the same. The only difference is the baseband firmware which can be updated and has been updated multiple times by previous updates to iOS.

When you officially unlock, Apple sends an update file that modifies the baseband slightly causing it to shift from a carrier locked baseband to a "factory unlocked" one. That unlock will remain in place even after future firmware updates.

You guys are under the mistaken impression that the cellular radio firmware is stored on a READ ONLY chip.
Score: 4 Votes (Like | Disagree)

JCCL
For Carrier updates, you need to go to Settings - General - About. That will trigger the carrier update. Of course you'll need to have your T-Mobiles SIM inserted in the iPhone.
Score: 4 Votes (Like | Disagree)

BrandonRP0123
For those of you that are eager...

You can also install this profile update by visiting http://tmobile.com/isetup directly on your iPhone if your phone is on T-Mobiles network but doesnt show up any available updates.

I tried accessing that link with my AT&T iPad and it was about to install the T-mobile configurator. I cancelled it. Did anyone tried it to see what happens?


It has been posted several times here already, IT IS NOT the same thing as a carrier update.
Score: 2 Votes (Like | Disagree)

SmacTX
When it's available, it will be in this list:

Friday June 24, 2022 5:08 am PDT by Joe Rossignol
Apple today launched its annual "Back to School" promotion for college/university students in the United States and Canada. This year's promotion offers a free Apple gift card with the purchase of an eligible Mac or iPad, rather than free AirPods like last year. Apple is also offering students 20% off AppleCare+ plans during the promotion. Apple is offering a $150 gift card with the purchase ...
Read Full Article • 118 comments

Friday June 24, 2022 2:52 am PDT by Hartley Charlton
Apple is "likely" to announce its long-rumored mixed-reality headset as soon as January 2023, Apple analyst Ming-Chi Kuo has reiterated. Concept render based on purported leaked information by Ian Zelbo In a detailed post on Medium, Kuo explained that Apple's headset will be a "game-changer" for the augmented-reality and virtual-reality market. Describing some of the headset's...
Read Full Article • 98 comments