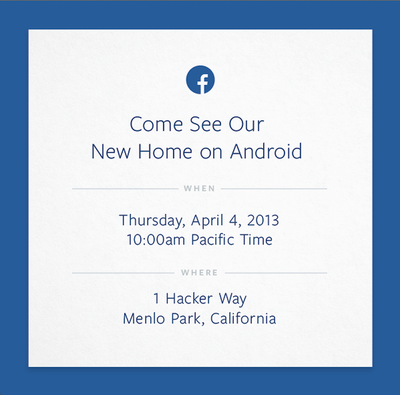 Facebook today invited members of the press to an Android-related event on April 4, and TechCrunch reports that the event will likely see the debut of the long-rumored Facebook phone. According to reports, the device would be an HTC handset running a Facebook-modified version of Android.

If true, the move would turn Facebook into an Amazon-style competitor in the smartphone market for Apple, as Amazon has heavily modified Android for its own Kindle Fire tablet devices.

There have been persistent rumors of Facebook working on a smartphone, with Bloomberg reporting in 2010 that the phone would be based on a "stripped-down" version of Android. Last year, the New York Times reported that Facebook was hiring former Apple iPhone and iPad engineers to work on a "Facebook phone."

TechCrunch highlights one of the key reasons why Facebook would want to create a smartphone device of its own:

With deeper control of a modified operating system would come huge opportunities to collect data on its users. Facebook knows that who you SMS and call are important indicators of who your closest friends are. Its own version of Android could give it that info, which could be used to refine everything from what content you’re shown in the news feed to which friends faces are used in ads you see.

Facebook currently has two of the more popular free apps in the App Store with Facebook and Facebook Messenger. Recently, the company has updated its main Facebook app to add free VoIP calling in a number of countries.

JDee
Facebook can't even get their smartphone app right, why are they making a smartphone?

People are already becoming restless and wanting to leave. The only reason people are still on Facebook is because everyone else is a member. This would have sold a ton around 2008-2009.
Score: 48 Votes (Like | Disagree)

At least it's American. I'm all for people using Amazon or Facebook products over Korean and Taiwanese products from Samsung, LG, and HTC.

Facebook can't even get their smartphone app right, why are they making a smartphone?

Next up... Angry Birds phone. 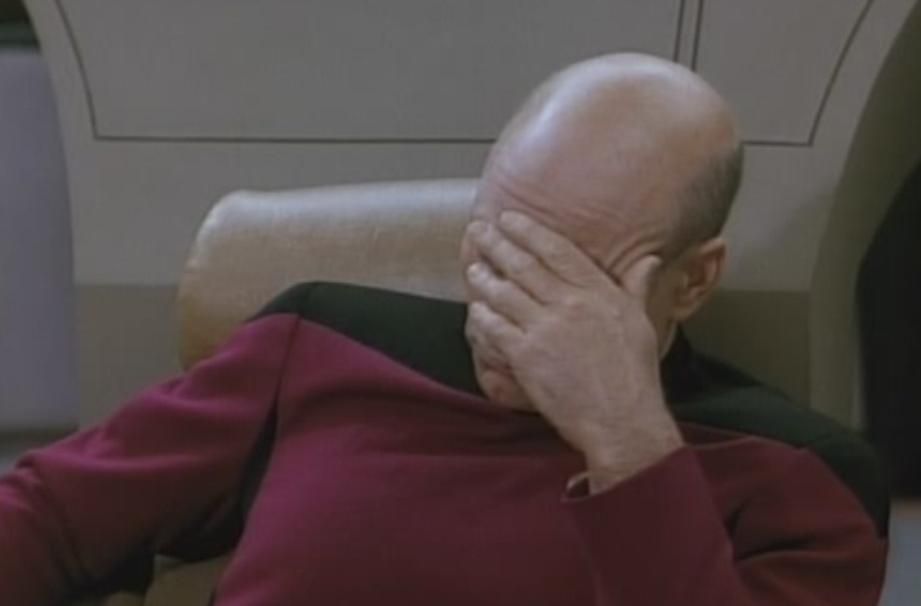 Dulcimer
A "stripped-down version of Android" in the same vain as Amazon's? No thanks.

Even worse, Facebook will be collecting a lot of data from its phone users, which is really concerning.
Score: 31 Votes (Like | Disagree)

Medic311
this is such a joke they should just host the debut on April 1
Score: 29 Votes (Like | Disagree)
Read All Comments