Former Apple employee Tim Holmes recently discovered a set of photographs taken on an Apple QuickTake camera -- one of the first digital cameras made -- from the night Steve Jobs returned to Apple after it purchased NeXT.

Holmes notes in the description that the colors are incorrect in the photos because of the poor quality of digital cameras in 1996, and that Jobs' jacket was actually black, not purple. 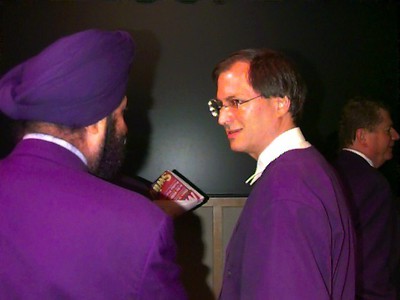 Working late on a Friday on December 20th at Apple Computer as Mac OS Evangelist, my manager came rushing past my office door saying to come with him to Town Hall, Apple's theater for announcements, company meetings and the like. It was clearly not a company meeting…

Joining Jobs' in the image above was Satjiv Chahil, Apple's senior vice president of worldwide marketing at the time.

Or make the jackets black. 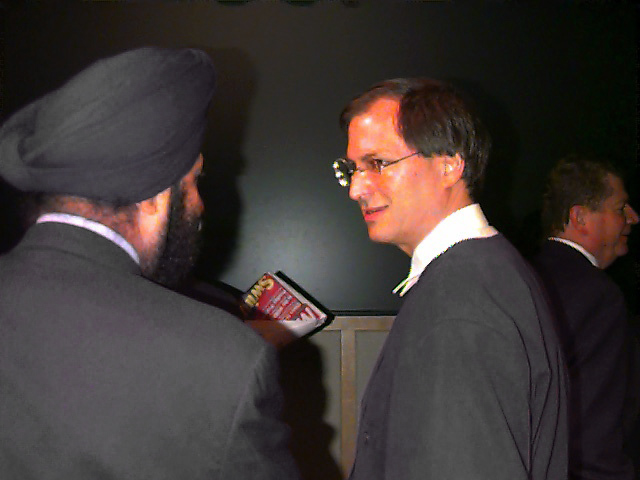 "I tend to take a camera everywhere, so I had my Apple QuickTake camera, which Steve Jobs killed within the year. The colors are way off due to the poor quality of digital cameras in 1996, Steve's jacket was black in real life."


Makes you wonder why Steve Jobs would kill off a digital camera that rendered black as a vivid shade of purple. ;)
Score: 10 Votes (Like | Disagree) 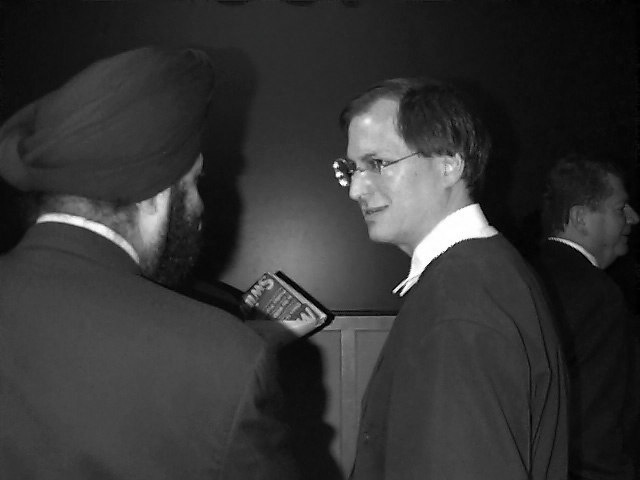 It was taken with an iPhone which gave it the infamous "purple hue"!!

WatchTheThrone
It was taken with an iPhone which gave it the infamous "purple hue"!!
Score: 5 Votes (Like | Disagree)

Joining Jobs' in the image above was Satjiv Chahil, Apple's senior vice president of worldwide marketing at the time.


I can imagine that the meeting went something like this:

Chahil: "Hey Steve! Welcome back!"
Jobs: "And you are?"
Chahil: "Satjiv, President of Worldwide Marketing."
Jobs: "Can you think different?"
Chahil: "Think? Different? Why would I want to do that?"
Jobs: "You're fired, bozo."
Score: 4 Votes (Like | Disagree)
Read All Comments

Saturday April 17, 2021 4:43 am PDT by Sami Fathi
Reliable leaker known as l0vetodream has hinted that Apple may debut its rumored redesigned and colorful iMac at its "Spring Loaded" event on Tuesday, April 20. In a tweet, the leaker posted an image of Apple's logo used for marketing the upcoming event and an image of the retro rainbow Apple logo alongside the colorful lineup of G3 iMacs. Apple leaker Jon Prosser previously reported that...
Read Full Article • 258 comments

Friday April 16, 2021 6:13 am PDT by Hartley Charlton
A video purporting to be of the third-generation Apple Pencil has today been shared online, showing a glossy finish that mirrors previous leaks. New ✏️ ready to 🚢 #AppleEvent @TommyBo50387266 pic.twitter.com/s4RCDwDi5M— 漢尼斯·拉斯納 🇨🇳 (@ileakeer) April 16, 2021 The brief video from Twitter account @ileakeer, spotted by 9to5Mac, shows an Apple Pencil with a glossy finish much like the...
Read Full Article • 57 comments

Saturday April 17, 2021 11:38 pm PDT by Tim Hardwick
Leaker known as "DuanRui" has shared more images that could give us our best look yet at Apple's redesigned notch for the iPhone 13. The new pictures follow similar images shared by the leaker last week, but the latest shots include a comparison with the existing iPhone 12 notch. DuanRui posted three images on Twitter that apparently originate from Weibo, although source details remain...
Read Full Article • 155 comments

Tuesday April 13, 2021 9:04 am PDT by Juli Clover
Following an overnight leak by Siri, Apple today officially announced that it will be holding a special "Spring Loaded" event on Tuesday, April 20 at 10:00 a.m. Pacific Time at the Steve Jobs Theater on the Apple Park campus in Cupertino, California. As with all of Apple's 2020 events, the April 2021 event will be a digital-only gathering with no members of the media invited to attend in...
Read Full Article • 284 comments

Friday April 16, 2021 10:01 am PDT by Juli Clover
The two higher-end "iPhone 13 Pro" models that are coming in 2021 are expected to use LTPO display technology to enable 120Hz refresh rates, according to display analyst Ross Young. Young reaffirmed the detail in a tweet that said he'd heard rumors about only one model featuring LTPO, which he says is inaccurate. Heard some rumors in the industry and media that there would only be one ...
Read Full Article • 97 comments

Friday April 16, 2021 6:44 am PDT by Joe Rossignol
In a letter slated to be shared with artists today through the Apple Music for Artists dashboard, obtained by The Wall Street Journal, Apple has reportedly revealed that it pays music rights holders one cent per song streamed on Apple Music. The report claims that Apple Music's payment structure is thus roughly double what Spotify pays music rights holders per stream, which averages to about ...
Read Full Article • 78 comments