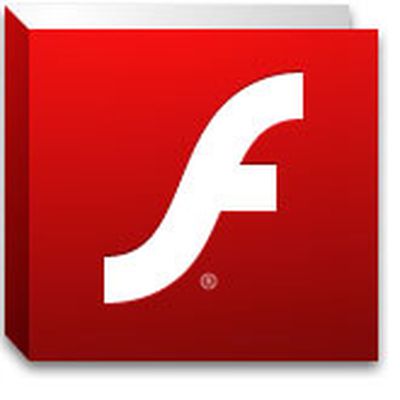 Following yesterday's news that Adobe Chief Technology Officer Kevin Lynch will be leaving to join Apple as vice president of Technologies, reporting to Bob Mansfield, there has been a considerable amount of discussion about the move. In particular, observers have pointed to the role Lynch played in backing Flash in the face of Apple's insistence that it was a technology with too many problems and which needed to be left behind.

Daring Fireball's John Gruber has been particularly vocal about Apple's hiring of Lynch, pointing back to several events such as his continued cheerleading for Flash as recently as two years ago as evidence that he is a "bozo" who will turn out to be a poor hire for Apple. "Bozo" was a favorite term of Steve Jobs, who used it to refer to people who were not of the caliber they believed themselves to be, and former Apple evangelist Guy Kawasaki has highlighted the "Bozo Explosion" phenomenon described by Jobs as one of the biggest potential threats to a company.

A players hire A+ players.

An argument can obviously be made that Lynch was a staunch defender of Flash because it was his job to be one, but his role as Chief Technology Officer also means that he had considerable influence over the direction of Adobe's efforts with respect to Flash. As a result, Lynch's continued defense of Flash even as it was clear that mobile devices were driving technology toward HTML5 solutions has raised eyebrows and generated concern over whether he will be a good fit for Apple.

In one final dig at Lynch, Gruber highlights Adobe's 2009 introduction of iPhone apps built using Flash, featuring Lynch starring in a Mythbusters parody that included putting an iPhone into a blender and crushing another one with a steamroller as part of an effort to get Flash to run on the device.


If Apple does need to hire one guy, I prefer bringing back Scott Forstall instead of this Chief Flash Officer. (At least Scott is an A player.)


Bring Scott back to do what? Take iOS backwards? Release another half baked product like maps and passbook?
Score: 42 Votes (Like | Disagree)

chrmjenkins
He was an advocate for his company and his brand. Doesn't mean he loved flash as a product. He's an adult, he can separate professional decisions from personal ones.
Score: 40 Votes (Like | Disagree)

uknowimright
giving too much importance to Gruber
Score: 27 Votes (Like | Disagree)

Tankmaze
hopefully this is not gonna be browett part II.
Score: 27 Votes (Like | Disagree)

I truly hope Tim would indeed lead the company in the right direction.

If Apple does need to hire one guy, I prefer bringing back Scott Forstall instead of this Chief Flash Officer. (At least Scott is an A player.)

An A player? He was a guy that refused to accept any blame for the half assed maps app they released and was, by all accounts, terrible to work with.

In my office....that gets you the door too.

As far as this new hire goes....I'm not going to sit here and pretend I know enough about talent evaluation of tech workers to say whether or not this is a good hire. But I wouldn't say that his defense of Flash is necessarily a strike against him. Guy was an exec at Adobe.....he would have been doing his job poorly if he was doing anything other than a full throated defense of his product.

Time will tell whether or not this is a good hire and if he somehow isn't....it won't make a hill of beans difference for the vast majority of us.

Not sure why users of a company's products become such micro-analyzers of corporate hiring activity.
Score: 23 Votes (Like | Disagree)

liavman
This obsession with Flash is sickening to me. People get over it. Technologists are not perfect when it comes to technology directions.

I do not know about this guy but trashing him publicly like this does not speak very well of Apple observers. They come across vengeful. This almost feels like these observers following through their defense of Steve's position on Flash. It does not need any defense. The war was won. Behave like winners.

Tim Cook of course had been there all along and knows the Apple Adobe relationship, both positive and negative.

Question is: Who sought out whom and why?

Until that is known, all this haranguing over flash is rehashing a 5 year old discussion which is not relevant any more.
Score: 22 Votes (Like | Disagree)
Read All Comments