Speaking at an event with reporters, France Telecom-Orange CEO Stephane Richard said that Apple was "more flexible", "paying more attention to everyone else" and "a little less arrogant" than they had been in the past, reports AllThingsD. 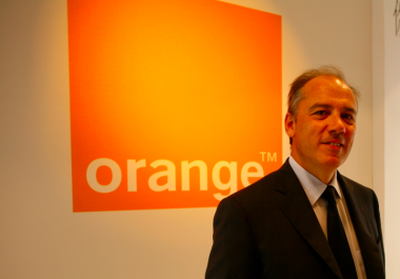 “Apple has (become) more flexible, paying more attention to everyone else, probably a little less arrogant than they used to be,” France Telecom-Orange CEO Stephane Richard said during a dinner with reporters in Barcelona on Monday. Characterizing today’s Apple with the same company under Steve Jobs, Richard said, “I think they are probably a little more under pressure, and it is quite nice.”

Richard went on to talk about the some other issues affecting the telecom industry, including the "very difficult" time Windows Phone will have competing with entrenched operating systems like iOS and Android, particularly because the platform doesn't yet have a "'wow' effect".

This joke never gets old.
Score: 23 Votes (Like | Disagree)

Feed Me
I love French whine and cheese.
Score: 21 Votes (Like | Disagree)

ProVideo
I guess we can deduce that he was a member of Jobs' Bozo list.
Score: 20 Votes (Like | Disagree)

3N16MA
So many CEOs are happy that they now have to meet with Tim instead of Steve. Steve probably made them feel like fools no matter what their status. Of course it was that arrogance that turned Apple around.

The French have won more wars than most countries have including the USA.


But go on make fun of the French.

Is anyone supposed to be impressed that a country like France which is much more mature than a country like the U.S. has won more wars? Especially when they existed in an era where war was quite common?
Score: 18 Votes (Like | Disagree)

Peace
Maybe it will rub off on France.
Score: 14 Votes (Like | Disagree)

komodrone
more flexible and less arrogant? just how I like my girlfriend.
Score: 13 Votes (Like | Disagree)
Read All Comments