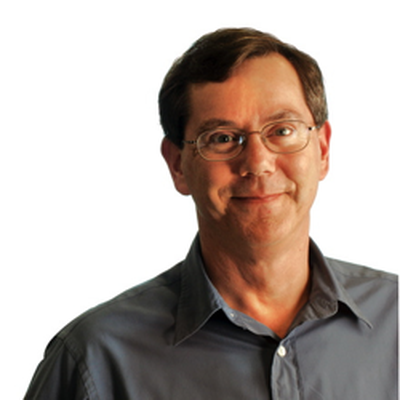 Apple Chairman and longtime board member Art Levinson spoke Tuesday afternoon at Stanford's Graduate School of Business, including participating in a Q&A with Stanford students. Fortune published selected portions of the talk.

On Tuesday, he said that Jobs's absence remains tough to ignore even as the company has continued introducing new products and making fresh announcements. "I'm still not to the point where I walk into that board room and don't miss Steve," said Levinson, who finally started but has so-far failed to finish reading Jobs's biography. "He was a one of a kind guy... The Steve Jobs that was in the public eye was not, for the most part, the Steve Jobs that I knew."

Levinson, who has been on the Apple board since 2000, said the board does not have much input on new products. However, insights can be taken into account particularly as each board member has expertise in different areas. "The board is not there to define product specs," he said. "It's there as a sounding board. It's there as a resource. And ultimately, the board is there to hire and fire the CEO."

Levinson has been on the board for thirteen years and has seen Apple through the launch of the iPod, the switch to Intel, the launch of the iPhone and then the iPad. In November 2011, he was named Chairman of the Board. He also serves as chairman of Genentech, where he was CEO from 1995 through 2009. As of the beginning of February, he and his wife owned 164,199 shares of Apple stock, worth some $74 million.

As far as I'm concerned, Apple died the day Steve did.

The expectations for Apple are high, that's why everyone is questing the company so much lately and the stock is tanking even though they are breaking sales numbers. They expect Apple to keep popping out something revolutionary each year. I don't think that'll happen, nor has it really happened. Every 3-5 years is realistic. People have to stop expecting year-after-year major changes.

I give Cook 2 more years as CEO. If he doesn't come up with anything 'great' during that time, he'll be out the door sadly. Whoever replaces him will just make it worse I'm sure.


No, the stock is tanking because gross margins are down and Apple changed the way they report on estimated future guidance. Stock is traded on the secondary market for only three reasons.

1. to gain dividend income
2. to take over a company
3. we buy shares today to sell them to someone else in the future at a profit.

No.3 is the most common. Essentially traders look at a company and establish a P/E ratio and better yet a PEG ratio. These essentially are two competing forms of the earnings multiple. In other words, what the stock price should be considering the future earnings of a company.

If a company says that the next quarter looks like we'll make less than this current quarter, then the future value of the company is less than what it is today. Therefore is not going up in value, it is gown down. And if it is going down in value it is violating the 3rd reason to own it, which is to sell it later for a higher price than I paid for it.

Apple could making a trillion dollars on phones, and it would not matter in the slightest if the trend is downward for the future. Then stock traders would know that the future value is less than the current value and therefore not attractive to buy and sell.

We don't buy stock to simply own a part of a company for the sake of owning it. We have to make money owning it. And until recently Apple didn't even offer a dividend. So that historically never played a roll in owning the stock. And since no one is going to attempt to take Apple over, that rules out #2.

So in the next earnings report, all of you can put what I am saying to the test. If Apple's earnings are record breaking again, but they report that the future will be less than what it was currently, the stock will drop.

Now Apple gets 85% of it's income from iOS in some way. The Mac accounts for less than 15% of their revenue. The more Android gains in market share the more investors worry about Apple. They want to see a whole new market created for something. I personally believe the PC will continue to drop and tablets will continue to rise. So Apple has a bright future ahead. BUT, who's to say the Surface doesn't gain ground and become the defacto new standard, thus shutting out Apple? Who's to say the Samsung Galaxy S IV doesn't over take the iPhone? Whether you believe it or not doesn't matter. The point is, there is credible competition out there and so Apple's future is not assured. There is credible risk.
Score: 9 Votes (Like | Disagree)

street.cory
I miss him most on product launches. It sounds really silly but often times I'll look up product launches just to see the joy the finished product brought him and how he made me believe it was the "best thing Apple has done yet".

I also listen to his Stanford Commencement speech when I need a swift kick in the ass to get motivated.

Steve Jobs was the best ever, no one out there can match his charisma, and enthusiasm. :cool:

Which is why (thankfully) nobody even dares to try. Tim Cook is doing an excellent job, because he's not being Steve.
Score: 7 Votes (Like | Disagree)

ChrisTX
Steve Jobs was the best ever, no one out there can match his charisma, and enthusiasm. :cool:
Score: 5 Votes (Like | Disagree)

I look at the price of AAPL stock and think the same thing.

The thing that I caught about this article was that it talks about missing Steve Jobs and then ultimately talking about "hiring and firing the CEO". Those two things together make it sound like Levinson is not happy with Cook. Still, one has to wonder which thing that Levinson would want Cook to do differently if that were the case.

There is not a single company besides Apple with a track record of overturning an industry every three years with a breakthrough product. So who would possibly be a better CEO? I'm likely reading too much into his statement though.
Score: 4 Votes (Like | Disagree)
Read All Comments