Apple is one of three high-profile companies being required to explain to an Australian government inquiry why its product pricing in Australia is significantly higher than in the United States, reports Kotaku Australia. The issue is not a new one for Australian officials, but legislators are stepping up their investigations into prices being paid by Australians.

The action comes after Apple, Microsoft and Adobe had all refused to send representatives to public hearings held by the IT Pricing Inquiry. The government has now issued summonses to all three companies, requiring them to attend and Parliament member Ed Husic warning that legal consequences will follow if they fail to comply.

These firms should have cooperated and been prepared to be more open and transparent about their pricing approaches. [...]

Adobe, Apple and Microsoft are just a few firms that have continually defied the public’s call for answers and refused to appear before the IT Pricing Inquiry.

Apple's pricing does vary significantly by country, although comparisons often do not take into account taxes that are included in the base price in many countries but not in the United States. Different products also vary in their pricing comparisons across countries. 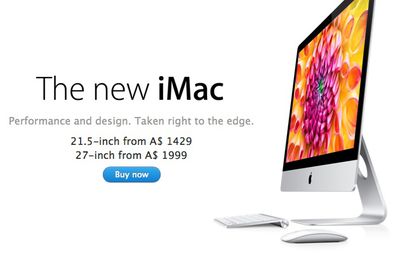 iTunes Music Store pricing shows a much greater disparity for Australian customers, with tracks that sell for $1.29 in the United States being priced at $1.99 before tax in Australia.

Apple has traditionally priced its products somewhat higher internationally even when accounting for taxes, due in part to increased cost of business in many countries relative to the United States and as a buffer against fluctuating currencies. Customers and government officials in many of these countries feel, however, that pricing is still too high, particularly for digital content such as downloadable music and software that does not incur many of the overhead costs associated with physical goods.

The Australian Financial Review reports that Apple had testified in private on the matter, but had refused to do so at the public hearings. It cited IBRS analyst James Turner as commenting that this was part of Apple's long-established approach to secrecy:

It’s a carry-over from the cult of personality that Steve Jobs built up around himself. People can call it arrogant, but that’s only because Apple’s way is different and they keep getting away with it. I also think that the refusal to engage will be what ultimately undermines Apple.

The public hearing is scheduled for March 22.

If Australia doesn't like it, maybe Australia should develop it's own home-grown talent and compete.

The best bit about Apple at the moment is design and I think you have an Englishman to thank for that.

Just because you've figured out how to sell a steak for $9 at Outback doesn't give you the right to go telling other people how to price things.
Score: 39 Votes (Like | Disagree)

Just because you've figured out how to sell a steak for $9 at Outback doesn't give you the right to go telling other people how to price things.

apple_iBoy
If Australia doesn't like it, maybe Australia should develop it's own home-grown talent and compete.

Is this the same government that recently banned A-frame ladders? Now it has a panel that can require companies to show up to publicly defend their (arguably reasonable) pricing or face "legal consequences?"

This is not like gouging on gasoline or milk during a hurricane. This is an iMac.
Score: 30 Votes (Like | Disagree)

That's how much it costs to ship products to the Edge of the Known Universe.

So further you ship the cheaper it is:)
Score: 28 Votes (Like | Disagree)

Stella
The Australian government have every right to try and protect their consumers against price gouging.

Other countries should do the same IMO.

Unsure why above comments think otherwise?

That's how much it costs to ship products to the Edge of the Known Universe.