In 2012, reports iPodNN, the number of iCloud users grew from 85 million to over 250 million. iTunes subscribers have topped 500 million, generating a record $2.1 billion profit for the quarter.

iMessage has also proven to be a hugely popular service, with users sending over two billion messages a day from over 500 million devices, with the total iMessage count now having surpassed 450 billion. Apple CEO Tim Cook addressed the focus on online and web services during yesterday's conference call:

In terms of other services, we feel fantastic about how we're doing. In Notification Center, we've now sent over 4 trillion notifications, and this is mind-blowing. As Peter mentioned in his opening comment, for iMessage we've now sent over 450 billion and are currently sending those over 2 billion per day. With Game Center, we've got over 200 million registered users. We have 800,000 apps on the App Store with over 40 billion downloads. And so I feel really, really great about it. There is obviously more stuff we can do and you can bet we're thinking about all of it.

Cook has repeatedly referred to iCloud as a "strategy for the next decade" for Apple. He has also characterized the increasing reliance and trust consumers place on cloud-based storage and services as "truly profound" and "a fundamental shift" in the way content is accessed.

Meandmunch
Only 2 Billion iMessages a day? That equates to a single high school full of teenagers. I think they should look at those numbers again.
Score: 11 Votes (Like | Disagree)

You think a school full of kids send over 2 billion iMessages :confused: 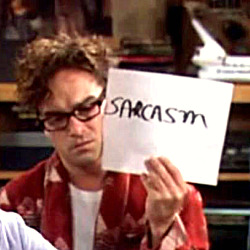 MonkeySee....
This is good. Its because of Apples cloud services is why I am now purchasing content through iTunes more than ever. I can't be bothered to sync with iTunes any more so being able to purchase it one one device and then download it on any device via the cloud is pretty handy.

Its these services that tie all my Apple products together is why having an iPhone is so important to me.
Score: 7 Votes (Like | Disagree)

You think a school full of kids send over 2 billion iMessages :confused:


Humor bro, it was an attempt at humor. If you knew any teenagers it probably would have made more sense.
Score: 6 Votes (Like | Disagree)

iMessage has also proven to be a hugely popular service


It's enabled by default to replace text messaging. Half the people who use it don't even know they're using it. It's not popular in the traditional sense where something new comes out that everybody wants to get and use.
Score: 5 Votes (Like | Disagree)

Thursday April 15, 2021 1:30 am PDT by Sami Fathi
Bloomberg's highly-respected Mark Gurman says that he expects nothing "particularly innovative" or "extraordinary" to launch at Apple's "Spring Loaded" event next week, Tuesday, April 20. Gurman made the remarks during an interview for Bloomberg Technology, in which he reaffirmed that Apple will launch a new 11-inch and 12.9-inch iPad Pro, with the higher-end model featuring a brand new...
Read Full Article • 168 comments