As noted by The Guardian earlier this week, the netbook industry will be winding down in the first quarter of 2013, as major players Asus and Acer will be shutting down production of the tiny notebooks.

Actually, the number sold in 2013 will be very much closer to zero than to 139m. The Taiwanese tech site Digitimes points out that Asus, which kicked off the modern netbook category with its Eee PC in 2007, has announced that it won't make its Eee PC product after today, and that Acer doesn't plan to make any more; which means that "the netbook market will officially end after the two vendors finish digesting their remaining inventories."

Asustek and Acer were the only two companies still making netbooks, with everyone else who had made them (including Samsung, HP and Dell) having shifted to tablets.

The report points to four factors that likely contributed to the demise of the netbook: the overall PC market including the rise of more powerful ultrabooks, the global economy, poor profit margins on netbooks, and the iPad leading a charge of tablets to the market.

Going a bit further, Slate argues that Apple is the primary culprit in the demise of the netbook, with the MacBook Air and iPad squeezing netbooks from both sides and leading to a transformation in personal computing.

Apple alone stood against the tide of netbooks. Apple’s brilliant insight was that despite netbooks’ popularity, nobody really wanted a netbook per se. Instead, Apple realized that people who were buying netbooks were looking for one of two things—they wanted full-fledged laptops that were very portable, or they wanted cheap machines that allowed them to easily surf the Web, use email and do other light computing tasks. Rather than building a single netbook that fit both these audiences poorly, Apple built two machines that were, each in its own way, much better than any netbook ever sold. 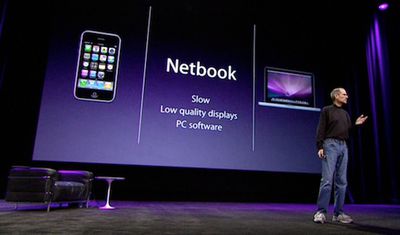 Slate's Farhad Manjoo goes on to note that Apple simply couldn't compete in the netbook market given the pricing model, and it had no interest in building an inferior product in an attempt to do so. Steve Jobs himself said at the iPad's introduction in 2010 that netbooks were simply a non-starter for Apple.

If there's going to be a third category of device it is going to have to be better at doing these types of tasks than a laptop or a smartphone; otherwise it has no reason for being. Now, some people have thought 'that's a netbook!' The problem is that netbooks aren't better at anything. They're slow, they have low-quality displays, and they run clunky old PC software. So they're not better than a laptop at anything, they're just cheaper. They are just cheap laptops. And we don't think that they're a third category of device.

With the MacBook Air and iPad emerging as Apple's alternatives the entire computer industry was spurred to follow its lead, ultimately squeezing netbooks out of existence.

levitynyc
Remember when analysts kept wanting Apple to make a Netbook and Steve Jobs was like "We don't know how to make one that's not a piece of junk."
Score: 64 Votes (Like | Disagree)

Now if only the industry would take Apple's lead in product and device design.. oh wait. :rolleyes: 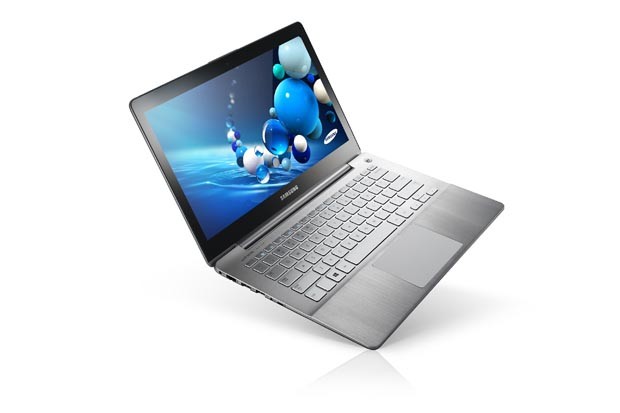