Apple Updates Pages, Numbers and Keynote for Mac and iOS

Apple has released updates for both the iOS and Mac versions of iWork. The iOS versions of Pages, Numbers and Keynote have experienced more significant updates, while the Mac versions have been updated mainly to support the iOS changes. 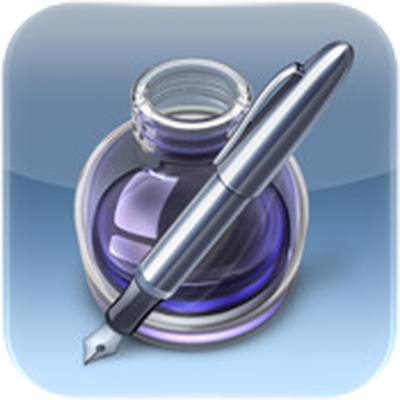 In this release Pages for iOS is updated for improved compatibility with Microsoft Word and Pages for Mac.

In this release Numbers for iOS is updated for improved compatibility with Microsoft Excel and Numbers for Mac.

• Hide and unhide rows and columns
• Import and export Numbers for Mac spreadsheets with filters, and turn filters on and off
• Preserve rich text in tables when importing and exporting
• Add reflections to shapes
• Lock and unlock objects

In this release Keynote for iOS is updated for improved compatibility with Microsoft PowerPoint and Keynote for Mac.

• Import and export all Microsoft PowerPoint and Keynote for Mac slide sizes
• Import and export presentation themes, complete with master slides and preset styles
• Play back all Keynote action builds including Move, Rotate, Scale, and Opacity
• Add new slide transitions including Shimmer and Sparkle
• Preserve calculations in tables when importing from and exporting to Keynote for Mac
• Add reflections to shapes
• New print layouts include options to print with presenter notes, with builds, and without backgrounds
• Lock and unlock objects

This update is recommended for users of iWork 9.0 and later.

For detailed information on this update and individual application changes, please visit this site: http://support.apple.com/kb/HT5534.

Updates for the Mac iWork apps are available via the Mac App Store for purchases made via the Store, or via Software Update for customers who originally purchased iWork in a box.

iOS updates can, as always, be downloaded via the App Store.

The iWork apps for Mac need a complete overhaul, in my opinion. I think that Microsoft did a great job with the ribbon interface; it really fits well for productivity.


And then there are those who have used Ribbons for 4 years, and still hate them...
Score: 35 Votes (Like | Disagree)

The Bulge
Almost 3 years since a REAL update, now only running on life support updates.
Score: 35 Votes (Like | Disagree)

zin
The iWork apps for Mac need a complete overhaul, in my opinion. I think that Microsoft did a great job with the ribbon interface; it really fits well for productivity.
Score: 24 Votes (Like | Disagree)

the iwork apps for mac need a complete overhaul, in my opinion.

i think that microsoft did a great job with the ribbon interface; it really fits well for productivity.

iOS versions of Pages, Numbers and Keynote have experienced more significant updates, while the Mac versions have been updated mainly to support the iOS changes.

Wow, that's a big surprise, and we thought apple gave a damn about os x...

It's officially entered abandonware status imho. I really can't see how the biggest company in the world, with 100s of billions sitting in the bank can't put together a team of 50 people to work on iwork for os x. Maybe, if need be, also HIRE some people too, you know? Their wages would be about 1/10 they spend opening up a new store or something... It's beyond my comprehension...
Score: 20 Votes (Like | Disagree)

brightstarbeing
Great... Another Patch For iWork '09...