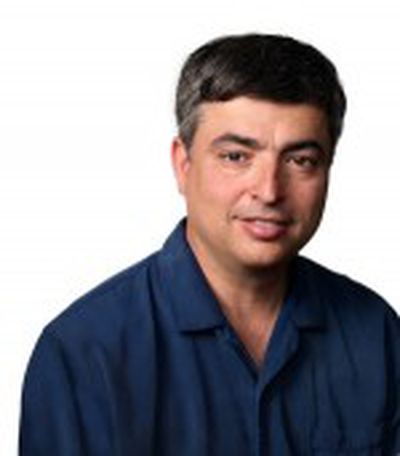 With Apple's management changes announced earlier this week, several current executives have seen expansions of their responsibilities. Among those is Eddy Cue, Apple's senior vice president for Internet Software and Services, who is seeing Siri and Maps added to his portfolio.

Cue's responsibilities have grown substantially throughout during his 23 years at Apple, from the company's online store to the iTunes Store to the App Store. More recently, Cue has added the iBookstore, iCloud, and iAd to his responsibilities, and just over a year ago he was promoted to the senior executive team.

CNET today published a profile of Cue, offering an interesting glimpse of the executive who has reportedly played a crucial role in holding Apple's content services together in a landscape that involves frequently contentious negotiations with third parties.

The 48-year-old Cuban-American played a major role in the creation of Apple's Web store, iTunes, and iPods. And as Apple's senior vice president of Internet Software and Services, he's kept the peace with key partners and helped fix product messes. Few people know that five years ago, he helped prevent the relationship between Apple and the large record companies from collapsing when the sides almost "went nuclear." When MobileMe, the division that oversaw Apple's Web services and software, appeared to run hopelessly off track, it was Cue who salvaged the operation and transformed it into iCloud.

The entire lengthy profile is a solid background on the challenges faced by Cue and how his calm temperament served as a bridge between Steve Jobs and media executives involved in negotiations.

"If you were going to be successful with Steve you couldn't compete for oxygen," [former Warner Music executive Paul] Vidich said. "You had to allow him to be him and shine in the greater glory that Steve sought for himself, and Eddy had this calm demeanor. He never said: 'Hey look at me,' to anyone. He just did a great job."

"Eddy doesn't care about those other guys, the flashy executives who want the spotlight," said an executive who has negotiated with Cue. "He's the kind of person who is happy to be in the engine room making sure that everything is clicking along."

Cue certainly remains busy, not only maintaining the ever-increasing stable of licensing agreements with content providers across music, movies, books, and more, but also taking on the more recent challenges of building out iCloud and now fixing Siri and Maps.

Junipr
You might say Eddy forstalled the collapsed between Apple and music corps with an approach that was on cue.. :sorry:
Score: 29 Votes (Like | Disagree)


Ive never seen such terrible puns in my life.
Score: 14 Votes (Like | Disagree)

Ive never seen such terrible puns in my life.

Ive got to agree with you.

:D well done! Glad he got those deals worked out, or his goose would have been Cooked. ;)
Score: 9 Votes (Like | Disagree)

am i missing how transforming mobileme into icloud (as it is now) is some work of genius?