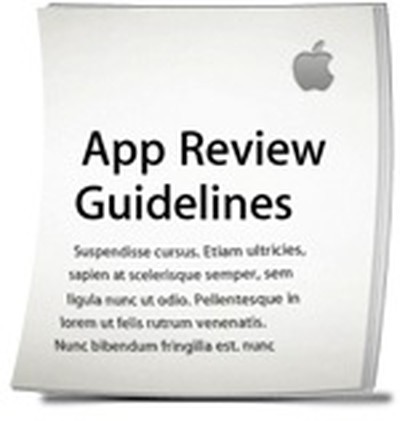 PocketGamer.biz highlights a recent addition to Apple's iOS developer guidelines revealing that the company is now specifically targeting third-party apps intended to serve as repositories of information on other App Store apps, whether it be in the form of curated app discovery, promotional listings, price drops, or other similar app directory features.

The new guideline was added in a quiet update to Apple's developer documentation alongside the iPhone 5 media event last month.

2.25 Apps that display Apps other than your own for purchase or promotion in a manner similar to or confusing with the App Store will be rejected.

TechCrunch has more on the situation, with industry experts suggesting that such apps will likely remain in the App Store but that Apple will no longer approve updates for them, allowing them to fade away over time.

Historically, Henschel notes that changes like this one don’t result in apps being taken down right away from the App Store. Instead, he says to expect updates to begin to be refused, resulting in gradual obsolescence as hardware and iOS versions continue to change and software is no longer compatible with new versions. But even without immediate action, the financial impact could be huge, since he says that these marketing strategies represent millions of dollars in revenue to companies like Tapjoy, for instance.

App discovery has long been a challenge for Apple given the sheer number of titles in the App Store, and Apple's acquisition of Chomp earlier this year was seen as a sign of renewed efforts at improving that experience. Apple has implemented some aspects of the Chomp interface in the App Store under iOS 6, but discovery of new apps remains difficult for many users.

Battlefield Fan
Does that mean no more updates to app shopper?
Score: 12 Votes (Like | Disagree)

Not to mention give users a great metric: apps that have been "tried" but not bought are likely crap.

Simple: If your the CEO of BMW, how would you feel about your automobiles sharing data with Audi about their drivers favorite experiences from driving a BMW?

Probably would want your automobile's ECU to stop sending the data to Audi, no? ;)


Probably the worst analogy ever.
Score: 10 Votes (Like | Disagree)

yonis
Services like Tapjoy (http://www.tapjoy.com/) are sure to be hit hard by this.

They game the App Store by taking money from developers who want to boost their App Store ranks, and then place those apps into lists of other apps inside of games, like so:

Players then earn in-game currency for installing and launching those apps on their devices, which boosts App Store rankings. It's pathetic.
Score: 10 Votes (Like | Disagree)

bobobenobi
If iOS 6 would've made the app store experience better instead of worse, I wouldn't mind this news. The new app store is so slow that I cannot casually browse it as I did before.
Score: 9 Votes (Like | Disagree)

APlotdevice
WTF? In what way does helping consumers find and purchase apps hurt Apple? They're going to get their percentage either way!
Score: 9 Votes (Like | Disagree)
Read All Comments

Monday August 2, 2021 9:34 am PDT by Juli Clover
Apple is preparing for a slew of fall product launches according to new filings that showed up today in the Eurasian Economic Commission database. There are listings for new Mac and Apple Watch models, all of which have previously unknown model identifiers that indicate that they're upcoming devices. There are six new Apple Watch identifiers, including A2473, A2474, A2475, A2476, A2477, and...
Read Full Article • 115 comments