Earlier this month, the WSJ reported that Apple was working on a streaming radio service to rival Pandora. Apple was reportedly in licensing negotiations with record labels, but was months away from launching the service.

Today, the New York Post reports that negotiations with music publisher Sony/ATV have hit a snag over the fee Apple would pay for each song streamed by its customers.

Apple’s plan to have its own music-streaming service built into the iPhone 5 was dramatically dashed when talks between the tech giant and Sony/ATV hit a last-minute snag, The Post has learned.

Those rights are usually tenths of a penny per stream, sources said. Sony/ATV was looking for a higher rate.

The Post reports that Apple wants better licensing rates than Pandora because it will direct record sales through the App Store, and Apple's restrictions on playing an artist multiple times would be looser than Pandora's.

Why does every article need a "-killer" in it? ipad-killer...pandora-killer...


The last time we used "-killer" in an article was over a year ago.

bushido
please fix iTunes Match first! having no cover art on half my songs is pushing my OCD limit
Rating: 16 Votes

Sardonick007
Yea, this will go great with my shared data plans from the douche carriers.
Rating: 13 Votes

Allenbf
Why does every article need a "-killer" in it? ipad-killer...pandora-killer...

I paid for my data, I want to keep it, then maybe I'd be able to actually use my phone to its potential
Rating: 11 Votes

gugy
Humm, Does Apple really need to go after this?
Look what happened to Maps. I really don't want them to foray on everything. 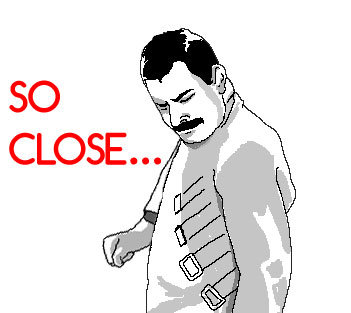 That actually looks like Stalin more than Freddie Mercury. :p

But that applies there too. :D :rolleyes:
Rating: 9 Votes

I think it may be time to look into pursuing other ventures other companies haven't already done pretty damn well. Innovation.


Apple owns the largest music store in the world with iTunes. They can crush the competition if they make something remotely good.

They would be fools not to pursue this.
Rating: 8 Votes

Why does every article need a "-killer" in it? ipad-killer...pandora-killer...


I thought it said "panda-killer." I was expecting a very different article. :cool: