Energy efficiency company Opower today released a study calculating the annual energy cost for charging the iPhone 5 at just $0.41. While any user's actual cost would vary based on use and electricity rates in their areas, Opower's estimate assumes a full charge once per day at a U.S. average of 11.8 cents per kWh.

But while an individual iPhone 5 uses a minuscule amount of energy, the massive popularity of Apple's devices results in significant energy demand in aggregate.

Even if we consider just the 170 million iPhone 5’s that are projected to be sold globally in the next year, their aggregate electricity requirements are nothing to sneeze at. The collective annual electricity consumption of the iPhone 5’s sold within 12 months will be equivalent to the annual electricity usage of 54,000 US households (roughly equivalent to the size of Cedar Rapids – the second largest city in Iowa). That’s just for one smartphone model over one year.

Still, the study notes that smartphones use significantly less energy than other entertainment devices, and a shift from more traditional entertainment sources to smartphones can result in an overall benefit to energy consumption.

The explosion in smartphone usage is of course just one part of a surge in consumer electronics, which now represent approximately 13% of U.S. household energy usage. That growth, which comes even as the efficiency of appliances and other devices has significantly improved, has been driven by a massive increase in the kinds and numbers of devices being used in homes, from televisions to gaming systems to computers.

Arxcher
Because this is what I worry about when I am dropping hundreds of dollars on a product...
Score: 31 Votes (Like | Disagree)

Ryan914
If we translate that over to Australian energy prices I believe the iPhone 5 costs $685.76 AUD to charge per year.
Score: 15 Votes (Like | Disagree)

Because this is what I worry about when I am dropping hundreds of dollars on a product...


The environmentalists worry about it...green is better.
Score: 11 Votes (Like | Disagree)

ericrwalker
Unless you use the airport charger, then it's $3 for 30 minutes. 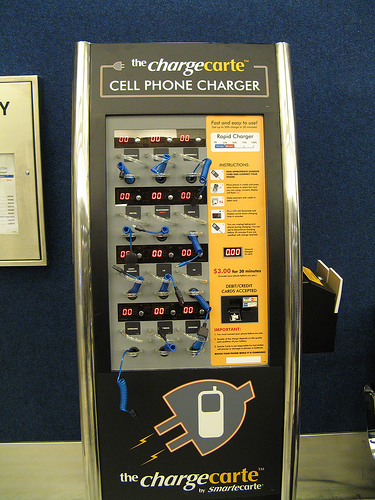 BigMcGuire
I knew I felt guilty for charging my phone at work!!! I am stealing. :( I will apologize to my boss and put down a few $1s to cover my cellular charging for the last few years. <cries>
Score: 10 Votes (Like | Disagree)
Read All Comments