Reports about the high-profile split between Apple and Google that saw Apple replace its Google-powered Maps app for iOS with its own solution have continued to trickle out, with AllThingsD now reporting that the lack of turn-by-turn directions on Google's Maps app for iOS was the key motivator for Apple.

[M]ultiple sources familiar with Apple’s thinking say the company felt it had no choice but to replace Google maps with its own because of a disagreement over a key feature: Voice-guided turn-by-turn driving directions.

Spoken turn-by-turn navigation has been a free service offered through Google’s Android mobile OS for a few years now. But it was never part of the deal that brought Google’s maps to iOS. And Apple very much wanted it to be. Requiring iPhone users to look directly at handsets for directions and manually move through each step while Android users enjoyed native voice-guided instructions put Apple at a clear disadvantage in the mobile space. And having chosen Google as its original mapping partner, the iPhone-maker was now in a position where an arch rival was calling the shots on functionality important to the iOS maps feature set. 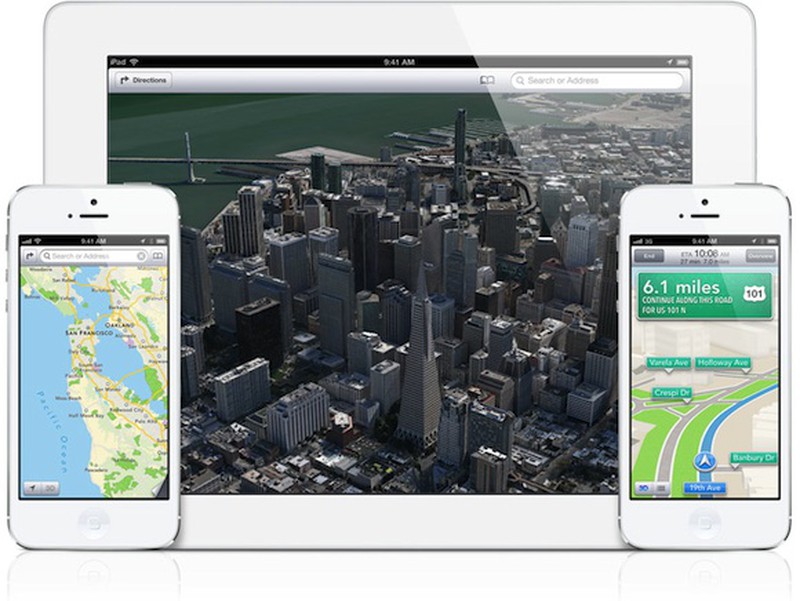 Combined with the deterioration of the overall Apple-Google relationship and Apple's concerns that Google was collecting too much information from iOS users, Apple ramped up its mapping efforts in order to bring its own turn-by-turn directions to the device, ultimately deciding that it could afford to do away entirely with Google's maps.

NachoGrande
Well that makes me feel a little bit better about the crappy map data. I'd rather have turn-by-turn.
Score: 54 Votes (Like | Disagree)

This is the best explanation yet for how Apple got in to this mess. It seems like a good reason for Apple to break ties with Google, and I have faith that very soon... weeks or months, Apple's map app will be very good, even superior to what Google offers. Thanks for the article
Score: 49 Votes (Like | Disagree)

Small White Car
I think John Gruber laid it out best by showing this as '3 options Apple faced' (http://daringfireball.net/2012/09/get_the_fainting_chair). When you look at it that way it makes more sense. (Even if you still don't like it.)

It was like a band-aid that Apple needed to pull off. They decided to do it quickly. Very painful, but probably better than dragging it out longer.
Score: 38 Votes (Like | Disagree)

Kaibelf
Good. Who the hell wants Google's stupid branding all over things when the product is paid for already?
Score: 29 Votes (Like | Disagree)

Aquaduck04
A bit ironic that the dispute was driven by turn by turn directions...
Score: 28 Votes (Like | Disagree)

212rikanmofo
I don't want my phone slowly turning into an Android. Thank god that Apple pulled away to do things their way. Apple map looks a lot sexier and cleaner than google maps. Give it time and I am sure it will be a lot better. Turn by turn navigation works really well for me and the way apple implemented into iOS is drop dead gorgeous. Doesn't feel cheap and bloated like other other phones.
Score: 27 Votes (Like | Disagree)
Read All Comments