Last week, we noted that Apogee was apparently preparing to launch a new desktop audio interface for Mac known as "Quartet", expanding upon its popular Duet 2 portable device for professional audio recording. The report included an image of the Quartet that had been prematurely posted by Apogee, but further details on the device remained unknown. 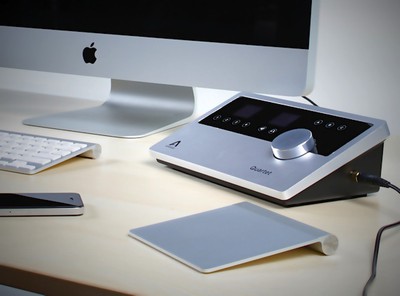 Apogee has now officially introduced the Quartet, which arrives carrying four inputs and eight outputs for a significant boost in channel capacity. The Quartet can also be paired with Apogee's Duet 2 or Ensemble product to expand the number of channels even further.


Apogee's Quartet continues to use USB 2.0 connectivity, but the company lays out its case that USB 2.0 is "more than adequate" for the Quartet's requirements in explaining why the device does not use USB 3.0 or Thunderbolt. A total of nine touchpads, three of which are configurable, offer fast access to all recording and monitoring functions of the Quartet, while the trademark aluminum controller knob carried over from the Duet offers precise level control.

wutang61
But can it run crysis?
Score: 4 Votes (Like | Disagree)

striker33
At such a great price I think I'll pick up a couple for my Grandma.
Score: 4 Votes (Like | Disagree)

And nowhere near the quality of ANYTHING Apogee makes.


Great. Another person I can sell swamp land to. How much would you like to buy? :)

Seriously, when it comes to "high end" audio, the sky is the limit for the amount of BS snake-oil "properties" companies can sell to people that don't know any better. Apogee is quality equipment, but it's way overpriced for what you get IMO in the areas that matter these days. Sadly, no quality of op-amp is going to save you from either USB 2.0 latency issues (unforgivable here given the price) or Apple earbuds being the playback medium of consumer choice these days OR the fact that a typical pop album has about 10dB of dynamic range on average (since the record labels believe louder = better even if it's clipping). So what is the point in buying the "best" recording gear if the end product could have been reproduced on the worst dreck out there?

Even so, typical "low end" (price-wise) amplifiers and receivers on the consumer end have improved drastically over the past decade as have speakers from companies like PSB that can make +/- 1dB frequency response a reality in speakers that cost under $1k a pair (unheard of 20+ years ago anywhere near that price). But it still takes at least a modicum of thought to find these good speakers since places like Best Buy are not the place to shop for such things and at this stage, the idea that the typical consumer is EVER going to have the kind of system on the playback chain that warrants ever increasing diminishing returns high-end equipment on the recording chain is about exactly ZERO.

There are, of course, classical labels that cater to high-end audio for recording (seeing they don't need to pay rock stars), but if classical and jazz isn't your thing you're sadly limited to a handful of pop or rock recordings that are worthy of more expensive gear (some Tori Amos and Pink Floyd recordings come to mind).

In any case, I'm afraid far more damage is done via editing and mastering on most albums than any op-amp on a cheaper input device would ever provide to a typical recording. Apogee is about the brand name reputation in "high-end" circles (snake-oil or not) more than the products, IMO. The fact they made a consumer EQ "palette" device for high-end speakers ought to tell you something about the nature of typical recordings out there. An accurate speaker should NEVER need any kind of EQ what-so-ever, but sadly the recording end is where most music gets screwed up (whether by incompetence or being ordered to by music execs that don't give a flying crap about sound quality, only perception based studies on loudness = higher sales data).
Score: 3 Votes (Like | Disagree) 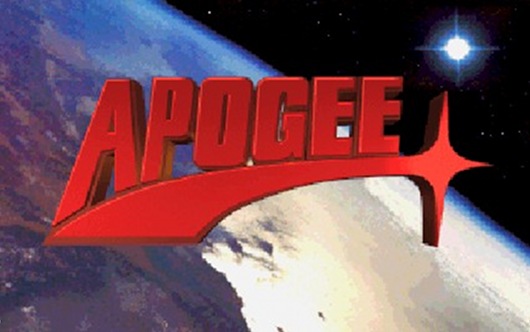 Let me guess. You're one of those that think if the buy a UAD plugin the got the real thing and sounds exactly the same?


Why would I buy plugins that attempt to mar the sound with discolorations when I already have tons of built-in options to alter the sound with EQ, phase and other effects? :confused:


Audio gear shouldn't sound at all? Are you serious?


It depends on what you're looking for and where it is in the chain. It should NEVER change the sound in the playback chain in a system that claims any kind of accuracy to the signal as you are then modifying what is in the recording by altering it. On the recording side, it should be accurate as possible in the standard studio chain and only modified by the artist before being input into the system if they're looking for a certain sound.

In other words, if your goal is to record a live orchestra and have it sound as real as possible, the LAST thing you'd want is a stack of tube pre-amps between the microphones and the recording gear. If you have a rock band that wants that "tube amp sound" on their guitars, it's an artistic choice, not a question of fidelity. In short, I would not want this Apogee device imparting its own colorations to the signal. That is not its job.


Should I tell my clients to dump all their tube gear etc. because it doesn't sound transparent and therefor not real pro audio gear. :D


There's a difference between using something because you want to create a certain sound (e.g. tube amps create even-order distortion which sounds pleasant to the ear) and having equipment that colors the sound regardless of whether you want it or not (i.e. amplifiers in the recording chain that have nothing to do with artistic input or on the playback side where instead of recreating what the artist intended you to hear distort it by adding their own color). One example is the turn-table on the playback side. The reason some cartridges sound "warmer" than others is that they're changing the sound. Hey, if that's what you want, fine, but don't pretend it's accurate playback. It's no different fundamentally than adding a graphic equalizer on the playback side. If you want to crank up the bass or mid-range for a given album, go ahead but it's not what's on the album. Choosing speakers for a "warm" sound is the same difference.

The bottom line is that if you want to hear what's on the recording, be it the playback chain or the monitor speakers in the studio, you need ACCURATE equipment. Otherwise, you're making adjustments to adjustments and the end result on true high fidelity (as in accurate playback) equipment will be an unknown.

So no, I don't agree with studios that use cheap playback speakers because it's an "industry standard" or it gives a certain sound. That's a crock to any real engineer that wants accuracy, not marred sound. "Pro" unfortunately doesn't mean accurate and that's why there's a LOT of bad sounding albums out there (and I don't mean the artists' performance).

You might as well use plugins to alter the sound if that's what you're after since all you're really doing is changing the frequency response, harmonics, phase, etc. anyway. By all means, make it sound like you want it to for a given project, but don't tell me it's a good idea to use colored gear in the studio in general since you'll never have an accurate base point to start out with.
Score: 2 Votes (Like | Disagree)

There are so many audio interfaces which cost way more then this quartet.
Apogee is expensive but you get what you pay for. Apple isn't cheap either but clearly people see it as the best choice.


Audio gear shouldn't "sound" at all. It's supposed to be transparent. After a certain point, it is and people are fooling themselves with golden ear crap.
Score: 2 Votes (Like | Disagree)
Read All Comments