iFixit today announced the release of 15 new repair guides for the Retina MacBook Pro, giving users instructions on how to perform their own repair and replacement procedures for a number of components. But as iFixit notes, Apple's design direction emphasizing space and weight savings has made it difficult, if not simply infeasible, for several components to be replaced on an individual basis.

For example, there is almost no way to replace the trackpad without first removing the battery. While it’s possible to remove the battery, chances are high that it will be punctured in the process (the score? Batteries: 2, iFixit: 0). Puncturing Lithium-polymer batteries releases noxious fumes and can cause fires. Likewise, removing the LCD glass from the aluminum frame will almost certainly break the glass. So components residing under the LCD — such as the FaceTime camera — will have to be replaced with the entire assembly.

Replacement parts are also not yet available in many cases given Apple's use of proprietary components, but iFixit is working on sourcing those parts and users will be able to turn to Apple for free warranty repairs in many cases for the first year, or even longer with AppleCare. 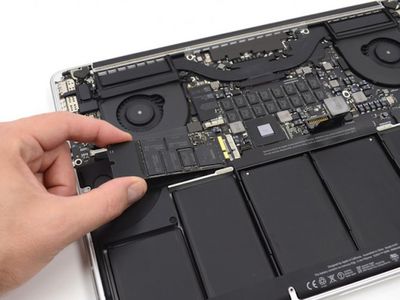 iFixit notes that third-party battery replacement companies will have a difficult time given that the Retina MacBook Pro's battery is glued to the aluminum top case, estimating that such companies will have to charge in the neighborhood of $500 to swap out the entire top case assembly and battery. In comparison, Apple charges $199 for the service, up from the $129 fee it charges on non-Retina versions of the 15-inch MacBook Pro.

alfistas
I don't get why ifixit and some users here complain about the new battery!!! All you have to do is carefully insert a thin Flathead screwdriver underneath the battery assembly and then gently pull it up until the glue becomes loose. just be careful not to puncture the ba... 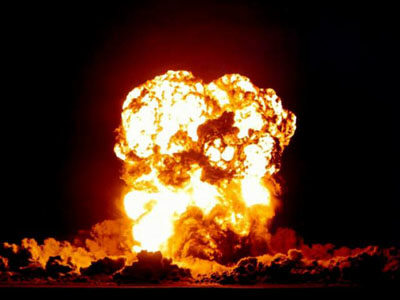 nuladog
The process has been in place for years

I find it ironic that Apple publicizes about how 'green' their operations are and how much money and effort they put into protecting the environment.. yet they have no process in place to keep their non-upgradable products from trash in the next landfill.

vampyr
I find it ironic that Apple publicizes about how 'green' their operations are and how much money and effort they put into protecting the environment.. yet they have no process in place to keep their non-upgradable products from trash in the next landfill.
Score: 4 Votes (Like | Disagree)

I didnt say I was going Winblows. I wont be buying one of these machines with a build like this. Hopefully apple hears our displeasure and does the math. I wont buy one of these machine that what I meant. Every laptop since my 520c to my pismo to my current macbook Ive updated. Weak on Apple for not appreciating that. I dont make the money to buy new machines every two years my buy cycle is 4-6 years


Apple is into customer experience, and for most customers, a more pleasant experience at the Genius part is a major part of it. Don't expect Apple to make things harder on Geniuses any time soon. The number of people who want to mess with their machines is very small, and is actually a problem for Apple.

A buy cycle of 4-6 years is about right. in the long haul, I think you'll be happier.

It's nice you can give back Apple products instead of dumping them on the next land fill. Thanks Apple. But maybe creating products that last long and are easy to repair is a better strategy to create green products. Apple is heading into the opposite direction. There's no need to glue in the battery except for making it impossible for the user to replace the battery by themselves. So, when the battery is dead, you have to hope Apple is still replacing them for an affordable price. And you have to hope keep an eye on your MacBook - when the battery starts to bloat - which happened to me on 4 MacBook batteries out of 6 of different generations already - you've got to head to the Apple service fast and you've got to pay whatever they ask for or write your MacBook off. You can't remove the battery to avoid further damage, or to store it separately to avoid damage at all when you want to keep an old MacBook for whatever reason. There's only one safe way to handle these new MacBooks - avoid them or sell them before the Apple Care protection expires.


ignoring the fact that batteries have changed. The newer batteries keep a charge longer, and they have the same life expectancy as the devices they're in.

It used to be that you could lift your engine out of your car and replace it with a more powerful one. Now it is not possible to upgrade your car. Does anyone care? I used to upgrade my computers myself, but now I see no need for it. My first MacBook Pro, I had to replace the battery twice. The battery lasted for the entire life of the second one. The third one has an even better battery.

This isn't 1979, when almost every computer owner needed to have a soldering iron on hand.
Score: 3 Votes (Like | Disagree)


You remember the exploding iPhone on a plane and realizing it was due to a screw sticking into the battery after user repairs?
Imagine that happening to a battery that big.
Score: 3 Votes (Like | Disagree)

So, it is harder than ever to open and mess around in a Mac laptop. Hurray! That means fewer owners will try it. Geniuses will have fewer problems with customers who tried home-made repairs, botched it, and deny they ever tried it. People who are in line in front of me won't be as angry and the line will go faster. Geniuses won't be harassed and hassled, but in a better state to wait on me.

Whoever is recycling the computer is not affected much, because they don't have to worry about putting it back together again.

I bought a third-party battery from a third-party source. It was supposed to have a longer life, but after I got it I found out that was not true. It warped significantly, and I had to get rid of it. I had to replace it with an Apple battery, which means it wasn't cheaper, it cost double. Now that can never happen again! Whoopee!

Retail stores, mail order outfits, and neighborhood geeks can't hoodwink me into letting them fix my computer for less, but failing, damaging it, and voiding my warranty. They can't flummox me into buying bargain components that are "better than Apple" only in the sense that they catch fire more quickly. I won't get a cheap fix that turns out to be a more expensive fix because I have to repurchase a component or buy a whole new computer.

One time I took my car to a repair shop that claimed to be an expert in Volkswagens and advertised that they had lower rates. The hourly rate was lower, but they spent five hours trying to find the problem. I yanked the car out of their shop, paid them for five hours of work, and drove it to Volkswagen, where they fixed it in 30 minutes. Volkswagen's repair at the higher rate was actually cheaper. Now I can't have the joy of that experience with Apple.

This is good news all around, unless you are an enterprising geek or a mail-order repair service. For them it is a disaster, for me it is a delight. Happier customers, happier geniuses, shorter lines, quicker repairs, no voided warranties, and everything will work. Hurray!
Score: 2 Votes (Like | Disagree)
Read All Comments