Earlier today, we pointed to some grainy photos of an early iPad prototype dating back to the 2002-2004 timeframe, revealing a much bulkier but otherwise fairly similar design to that seen in the device that was ultimately launched in 2010.

BuzzFeed has now posted new photos showing the prototype in full color next to an iPad 2, a comparison which shows the prototype to carry a much larger screen than seen on the iPad to date. Measuring pixel counts against the ruler shown in several of the photos reveals that the prototype device had a display measuring almost exactly 12 inches diagonally.

Compared to the eventually-released iPad's 9.7-inch screen, the prototype device would have had roughly 40% more screen real estate, although it is unknown at what resolution the early device was projected to run.

The prototype otherwise bears a distinct similarity to Apple's iBook of the time, carrying a white plastic shell with rounded corners and a 4:3 aspect ratio for the display. The prototype iPad measures in at just under 1-inch thick, compared to 1.35 inches for the white iBook models and the 0.34-0.50 inch range of the iPad models released to the public so far.

Matthew Yohe
I guess this shows how far along Apple really is... Back in 2004 Apple conceived and tossed the idea of "perimeter venting": 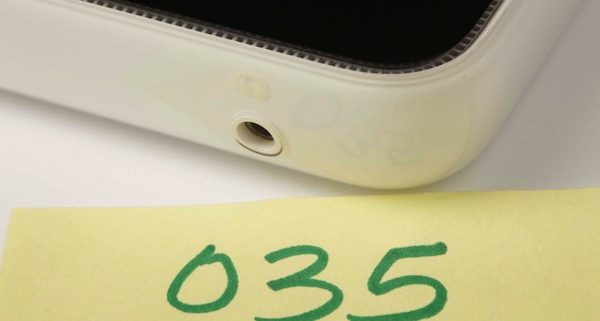 And today Microsoft is touting a device that will have it soon: 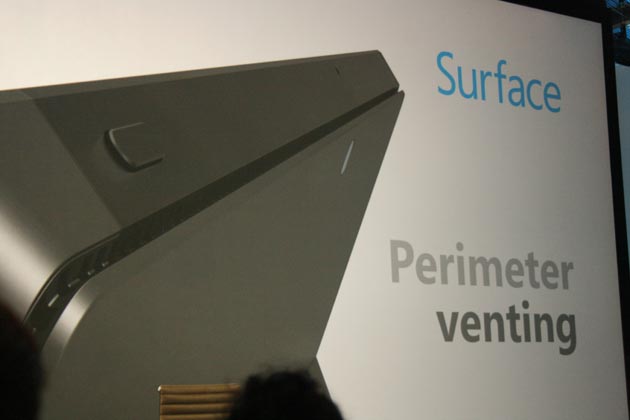 Caliber26
I find it interesting that they did experiment with a thinner bezel.

I remember thinking how ugly that wide bezel was, when the original iPad was introduced but now that I own an iPad, and see that Apple made the decision to widen it, it makes complete sense.
Score: 13 Votes (Like | Disagree)

I guess this shows how far along Apple really is... Back in 2004 Apple conceived and tossed the idea of "perimeter venting":

And today Microsoft is touting a device that will have it soon:

:D The i-brick? I doubt they would have had the DEV support either, I'm happy with the new one...The retina screen is a joy to use..I wonder if anybody actually has one of these?


I'm pretty sure Jony Ive has one. I would give up my right nut to rummage through that man's house and office/work lab. :)
Score: 8 Votes (Like | Disagree)
Read All Comments

Friday January 15, 2021 1:46 pm PST by Juli Clover
Apple has started "early work" on an iPhone that has a foldable display, according to a new report from Bloomberg's Mark Gurman. Though testing of a foldable iPhone has begun, Apple has not committed to releasing a device that has a foldable display. Development has not yet expanded beyond a display and Apple does not have full foldable iPhone prototypes in its labs. Like foldable...
Read Full Article • 162 comments

Friday January 15, 2021 10:23 am PST by Juli Clover
Apple is developing two versions of the Mac Pro to succeed the Mac Pro that was first released in December 2019, according to a new report from Bloomberg. The first updated Mac Pro is a direct successor to the current Mac Pro and it will use the same design. It may also be equipped with Intel processors rather than Apple silicon chips, and it could be one of the sole machines in the Mac...
Read Full Article • 214 comments